April is Officially (According to Us) Fantasy Diversity Month 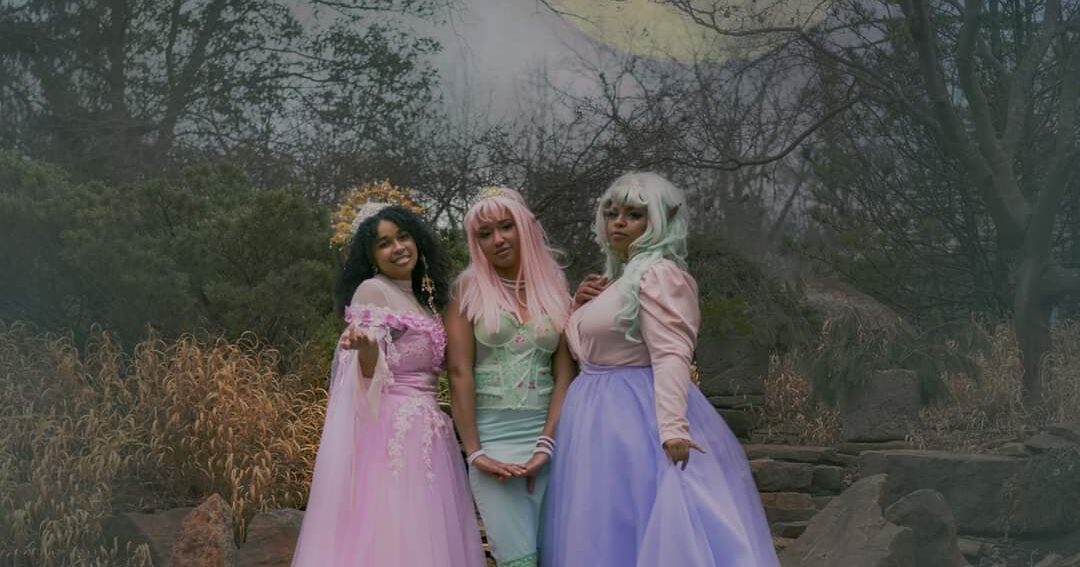 April is Officially (According to Us) Fantasy Diversity Month

On the tail end of an uneventful awards season (with the exception of one open palm hit), a lot of celebrities were willing to show their biases in their criticism of their peers. A lot of people who were concerned with the mild (especially by Hollywood’s standards) act of violence were all too willing to demand the revocation of only the fifth leading actor award to grace the hands of a black man (if we count black women, the number only goes up to 6). Which brought Fantasy Diversity Month.

The inequity presented in the display of what’s supposed to be the nominal recognition of talent in film is no surprise, even after the #OscarsTooWhite controversy of 2021. However, it is very in line with the industry’s history of sidelining and ignoring talented people of color.

In the past 10 years, 12 of the 23 nominations received by black actors for leading roles have all been for portrayals of historical figures. Even fantasy pieces reinforce the glass-ceiling for nonwhite artists with the practice of slapping color on a project and calling it diversity. Works like Hamilton or Marvel’s Avengers give people of color white stories to play. And yet, the bias prevails even in original fantasy work.

Filmmakers like Tim Burton have openly said that POC do not fit their worlds (worlds that are entirely made up), and JK Rowling’s “Kingsley Shacklebolt” is a very illuminating name for the only black adult wizard in her series.

However, in the face of the white gatekeepers that would rather delay or stop the progression of more diverse art, comes the group of people who desire to make their presence known now more than ever.

“I noticed with fantasy things, there’s not a lot of diversity when it comes to different cultures, different religions, different body types; with anything really, everything‘s kind of just…” Marinda trails off in a telling sigh.

Marinda Christina Rhodes is the creative mind behind a new observational month intended to celebrate diversity in the space that we, ironically, see the least of it: Fantasy.

“I wanted to create an environment where we can not only accept others but also showcase individuals in a different light that we don’t really see when it comes to these different topics and art forms,” she says.

Marinda is a live-performing artist. Donning her flowery tulle and dainty crowns, she frequents many renaissance festivals with a regular group of performers in Ohio. Though their circuit is small, even they are not immune to exclusionary practices.

“The Royals was a nonprofit in Columbus, Ohio. [We would go] to Nationwide Children’s Hospital, the Ronald McDonald House, a lot of different community events, and we would just be there to support other individuals, and to try to bring magic to anyone that we could bring magic to, but we also had a lot of issues as a group,” Marinda recounts. “Different individuals had a lot of issues when it came to bullying and not understanding police brutality, and a lot of different things. It was not the safest place when it came to those individuals that [we were] working with.”

Since the disbandment of The Royals, Marinda has become hypervigilant in her mission. She’s not only advocating for groups of people, but the intersections that individuals occupy, including their race, bodies, and ability levels.

“A lot of what we see when it comes to fantasy is Disney. Disney is not the most accepting. With Encanto, they didn’t want Luisa to be […] as muscular. It was really disheartening that [the team] had to fight so hard to have that representation.”

Marinda is speaking to a wide trend in the industry when it comes to the representation that we do get; even if there are diverse teams on a project, or anyone who wants to branch out into more diverse elements, whether that be stylistically or in terms of character design, they are often met with pushback from corporate higher-ups. Luckily, the resilience of those people has led to the gem that was breakout star Luisa and the newest Pixar film, Turning Red.

In the digital sphere, there is an equally lengthy history online of mobbing black cosplayers, and even just darker-skinned femme people dressing in their own style, being mobbed for not befitting the characters they dress as or being accused of infantilizing themselves. The ironic subtext here is that because a femme person doesn’t fit certain ideas of what it means to be femme, pretty, or delicate, they are bastardizing all of those things. They are seen as unworthy of the images that they identify with. On the opposite side of this coin, they’re also seen as making a political statement with their form of dress, as if they are not just coming as they are.

Marinda’s efforts in making safe spaces for all artists to express themselves goes both ways, physically and digitally, as she still plans to attend renaissance festivals and perform with her own yet-to-be-named nonprofit, as well as create digital campaigns that will reach the thousands of diverse fantastical individuals outside of Ohio. Her friend Anahita, is helping her in this effort by bringing it to the attention of their over 100K TikTok followers.

Unfortunately, minority groups are still coming to a lot of firsts in spaces that reach a wide array of identities and interests. From the first cornhole tournament for disabled lifters to the first black woman on the supreme court, individuals and groups are making strides towards a more equitable society for us all. Marinda and her peers are the most recent in a long line of passionate fantasy lovers.