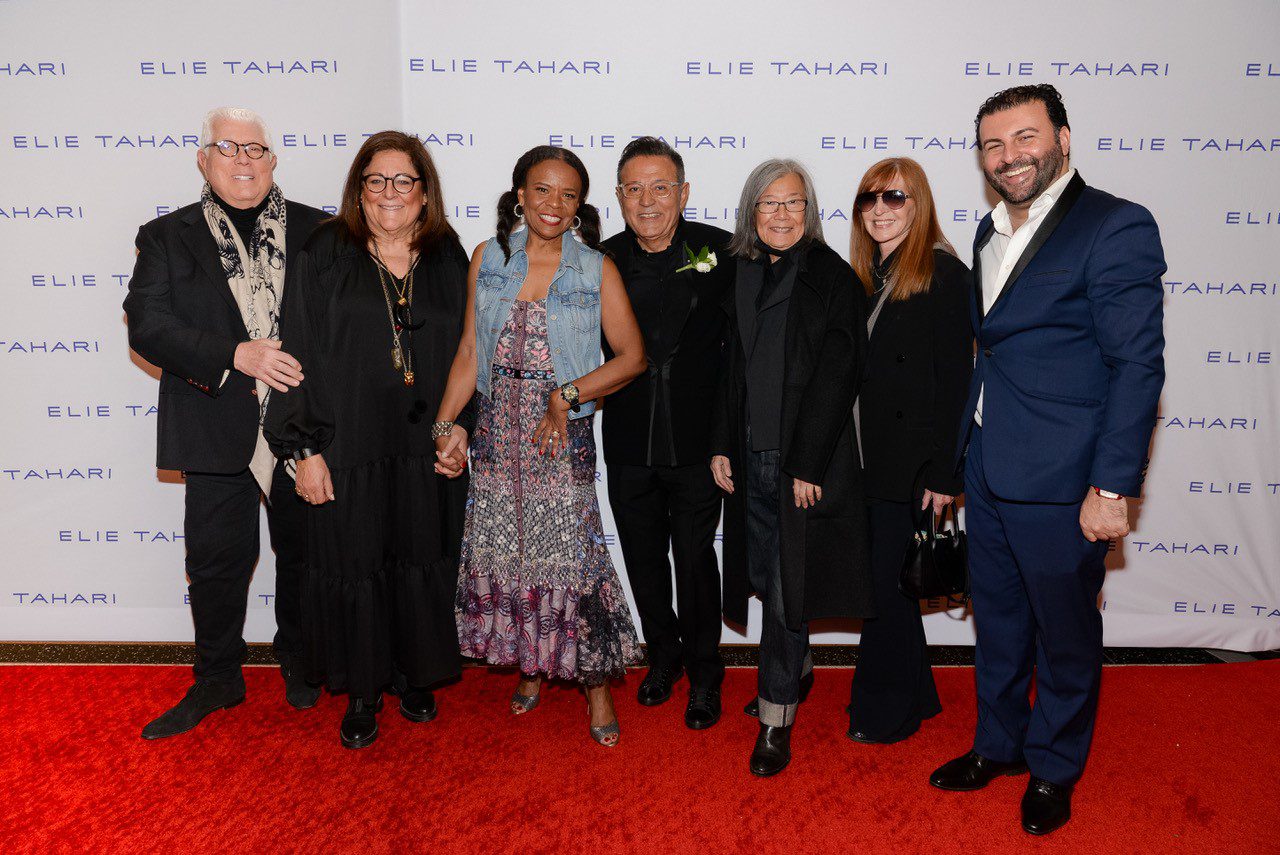 Elie Tahari is celebrated in the documentary film entitled ‘The United States of Elie Tahari’, directed by David Serero. Last week, the film was screened at the Walter Reade Theatre at the Lincoln Center followed by Q&A of Elie Tahari and David Serero, moderated by Teri Agins.

The event began with red carpet photo opportunities of Elie Tahari, in attendance, with the other distinguished and welcomed guests. The red carpet was open to photography where guests could pose with the documentary poster, an iconic Elie Tahari backdrop, or even with Elie himself. The event bustled with energy as guests greeted each other and mingled, sipping on champagne and sparkling water before the screening begins. Each guest was dressed fashionably in tune with the brand Tahari’s mentality, simplicity and timelessness are the keys.

The screening began and the life of Elie Tahari unfolded before the audience’s eyes through David Serero’s artistic direction. He captured the successful journey of Elie Tahari from arriving in America with less than $100 in his pocket to a world renowned fashion designer. Tahari came to America sleeping on park benches in Central Park, working at different retail stores, and breaking into the fashion world with a simple crop-top. The documentary highlights all aspects of Elie Tahari’s magnificent life. He portrays cinematically the family hardships and upbringing to all the fashion and entertainment moguls he has formed relationships with through his success. The film also shows the journey of his own family and designing success.

Following the documentary, the audience sat into a Q&A moderated by Teri Agins, who also had a feature in the documentary. Agins spoke to Serero about the creative process behind the making of the film and how his relationship with Tahari has progressed. The moderator revealed insight from both David and Elie about the making of a documentary and how Elie felt about the film. Following this, the audience and guests were invited out of the theatre to socialize; people were fed and served drinks while basking in the aftermath of the film.

As said by David Serero himself, the documentary is definitely of the sort that would be loved by everyone; fashion connoisseurs and lovers, and newbies to the scene.