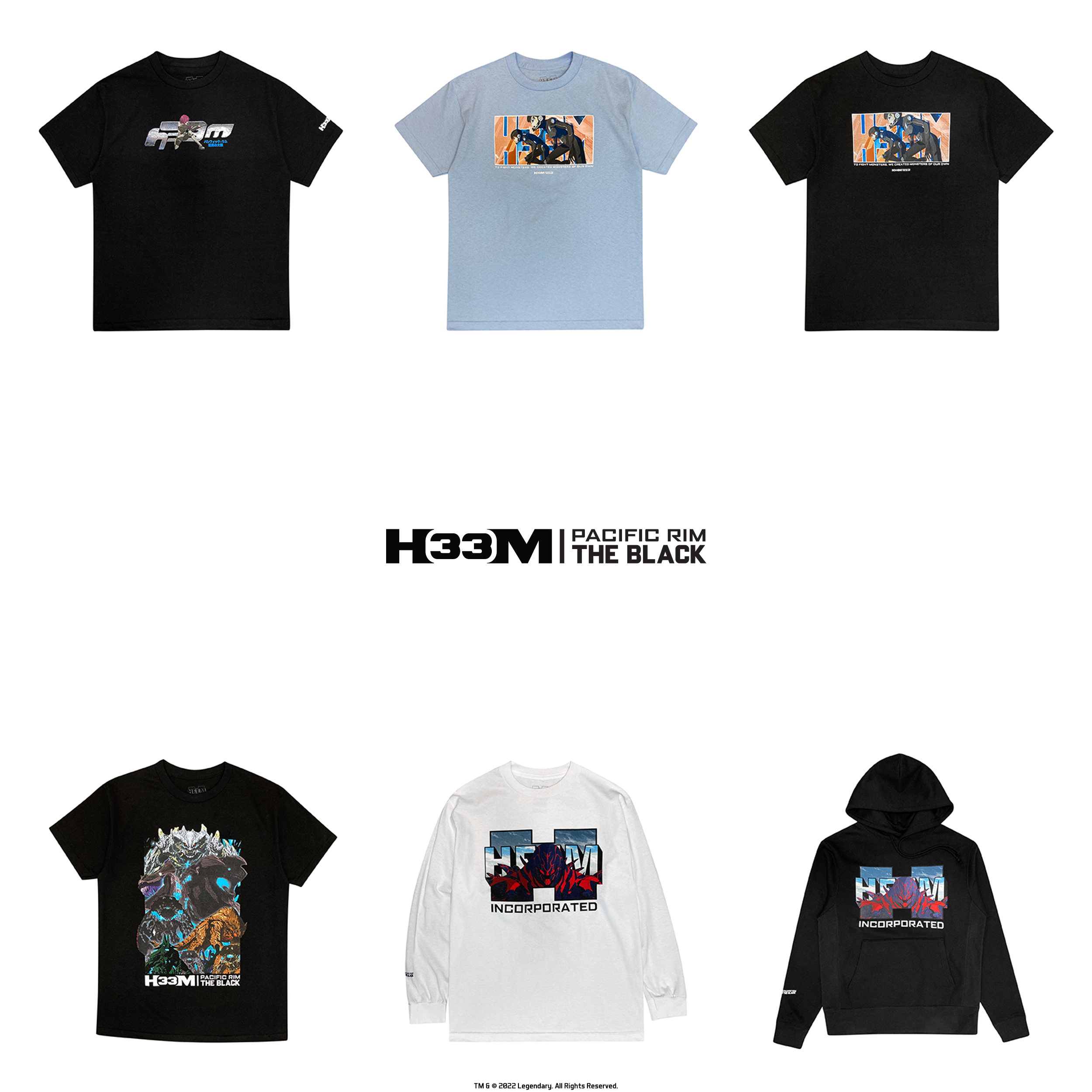 The functional streetwear brand H33M is on the rise with the new release of their Capsule Black Collection featuring the hit animated series, Pacific Rim: The Black with the popular streaming platform Netflix.

The limited collection of work embodies a practical and utilitarian approach to aesthetics through a variety of concept t-shirts referencing moments from the show.

Launched in 2014, the LA-based brand is founded by Kahim Smith, inspired by elements of pop culture with a touch of minimalism and loads of storytelling. The designer is not only rewriting history but is being sure to let his authenticity speak for himself.

Narrative Behind The Trail Blazer H33M

The one-man brand always makes sure that he doesn’t put out anything that he wouldn’t wear when thinking of what he should design next in his process. With H33M, Kahim is a pure embodiment of doing what you love because it makes you happy. From countless sleepless nights to long workdays, Kahim wouldn’t have it any other way.

Kahim likes to always think of H33M as a passion project that came about not only for a source of employment but to keep him out of trouble in a creative way. He hopes to always translate the manifestation of himself to his audience through clothing and products while still making it relatable to anybody trying to find purpose within oneself.

Kahim has always been the mastermind behind the one-man brand in terms of production and everything that involves bringing the brand to life. From final design concepts to production, Kahim oversees it all.

As much as design is a career, it’s just as much a hobby to Kahim. It doesn’t take much effort for him to feel inspired, even before the pandemic hits us. The thought of him being bigger and learning more has always driven him to stay motivated.

It’s no surprise that some of Kahim’s best work is being cast for the rest of the world to rave about as they tune in on the latest episodes of Pacific Rim: The Black.

Kahim understands the trials and tribulations that come with the streetwear business and won’t stop until he can reach the best version of himself.