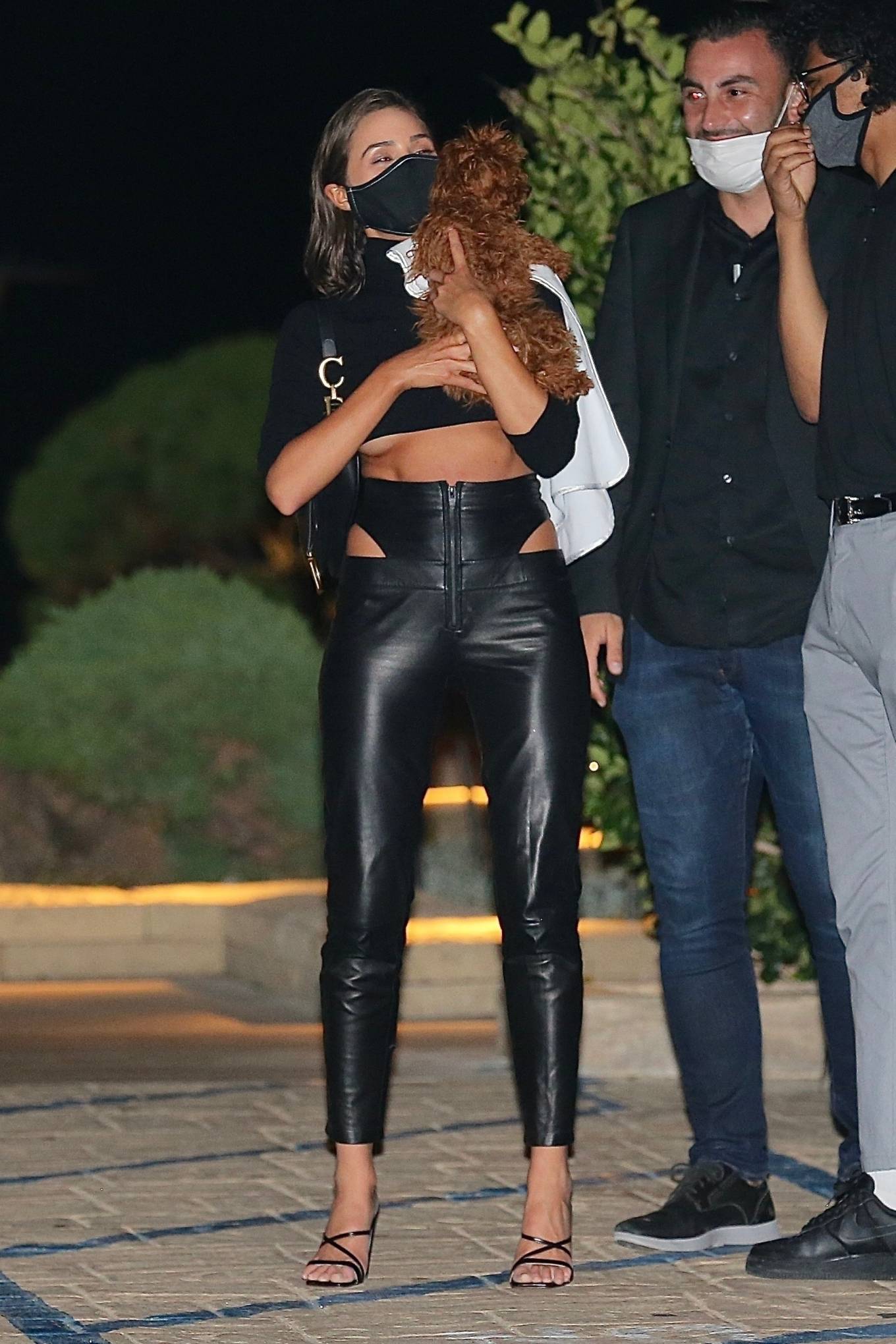 Once again, 2020 has further molded itself into a time machine and resurrected a daring early 2000s fashion trend known as the whale tail. This peek-a-boo fashion statement generates flashbacks to the Britney Spears era where it was all the rage to expose the waistband of a thong/g-string above the waistline of low cut pants, shorts, and skirts. Today, the whale tail has recently manifested itself back into pop culture, and has evolved to dominate high fashion and streetwear with an innovative twist. 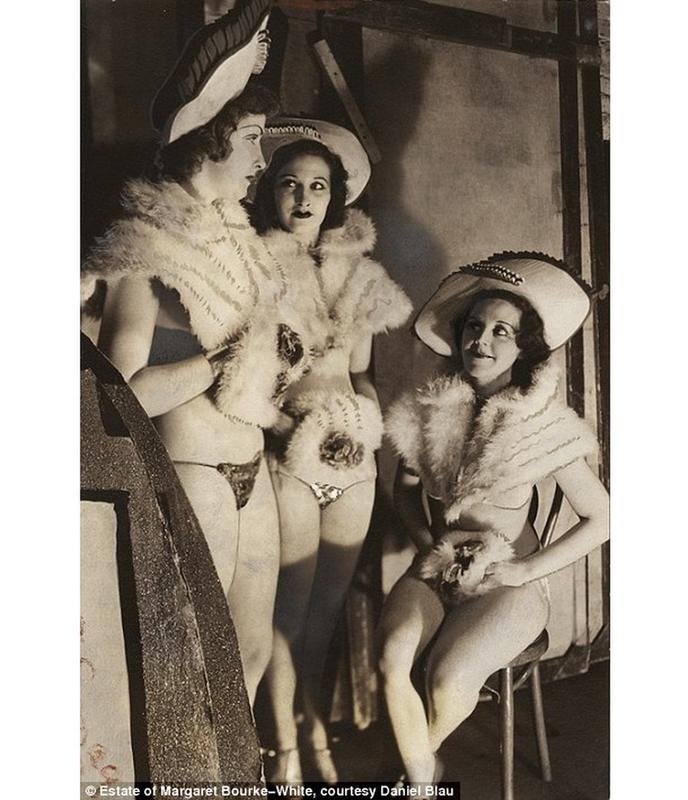 You can thank 1930s Burlesque dancers for the appearance of thongs in women’s fashion. During the Jazz era, Chicago was home to burlesque shows and the manufacturing of the undergarment which later became known as the “Chicago G-String.” The trend was further popularized by performers such as the famous Margie Hart, and was further recognized by appearances in Variety Magazine. 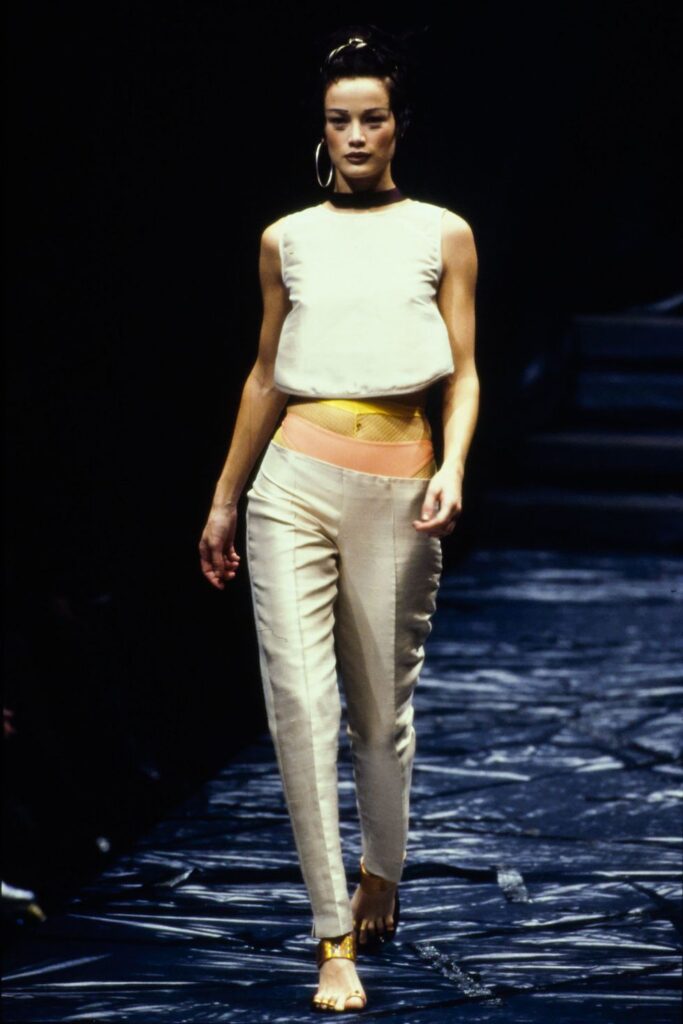 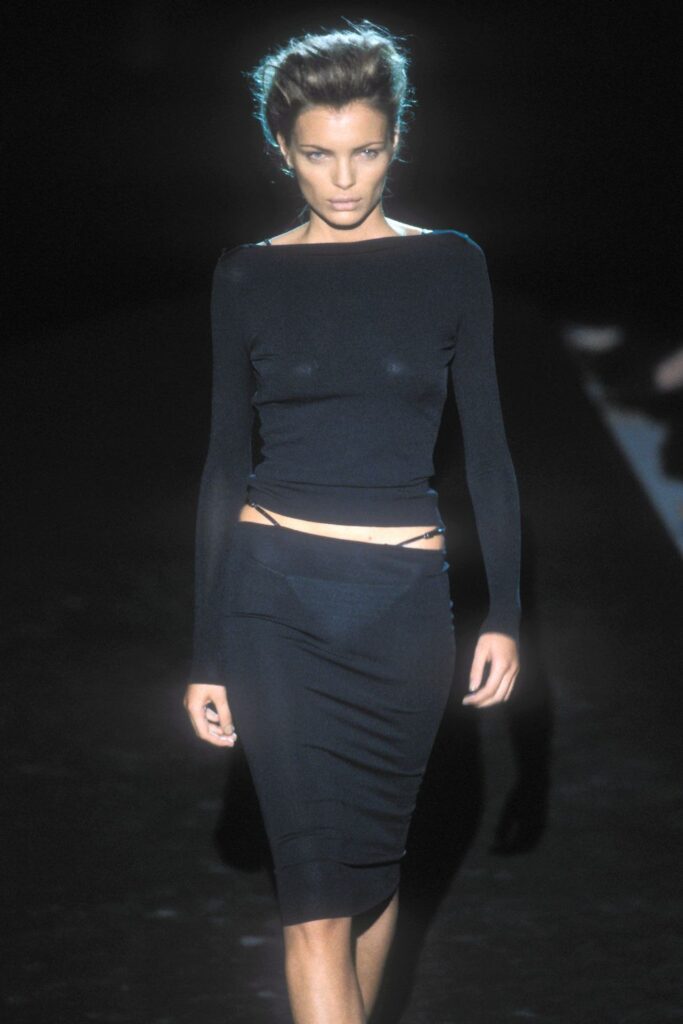 The late 1990s is where the whale tail first budded into high fashion. In 1997, fashion designer Jean Paul Gaultier debuted the trend in his spring/summer collection where thongs and briefs were exposed above waistlines of outerwear. In 1998, Gucci added a riskier twist to the whale tail trend where now g-string straps were exposed with sophisticated looks. Pop culture also started to pick up on the trend in 1999 when R&B singer Sisqo released the summer track “Thong Song” where the famous lyrics “let me see that thong” infected radios and further popularized the growing fashion statement. 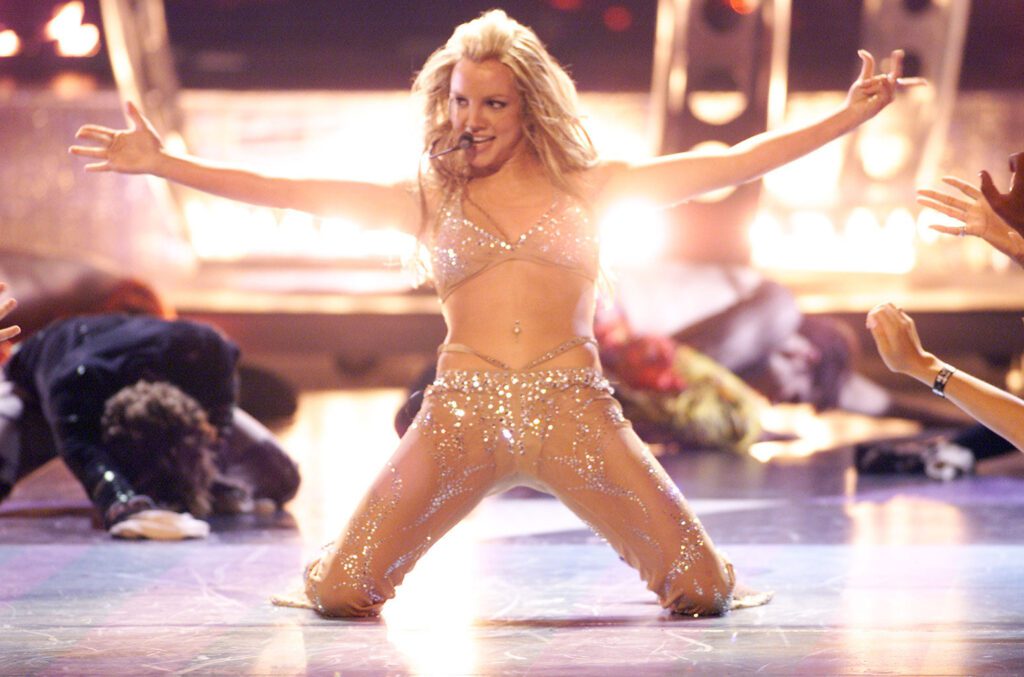 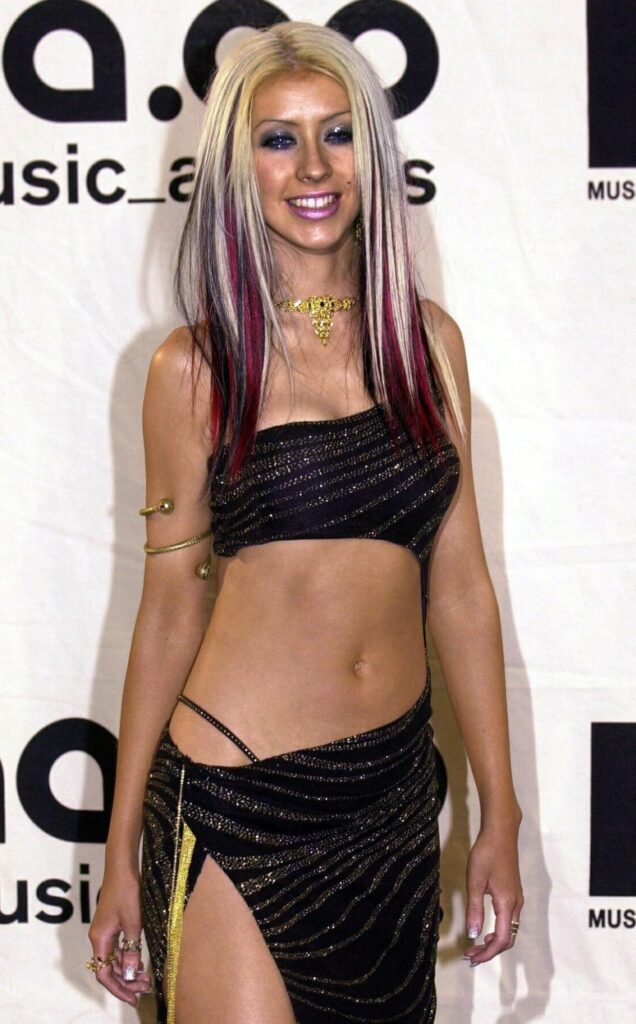 Fast forward to the early 2000s where the whale tail reached its peak. Pop artist Britney Spears most iconically incorporated the trend in a glittery nude ensemble for her 2000s VMA performance where she performed her hit track “Oops!…I did it again.” She later adopted the trend into her street style and red carpet appearances seemingly inspiring an era for the trend to dominate. Artists such as Christina Aguilera, Halle Berry, Jennifer Lopez, and many more sported the trend during public appearances. The whale tail during this time spilled over into street fashion, and were often paired with casual sporty looks such as jeans, cargo pants and crop tops. 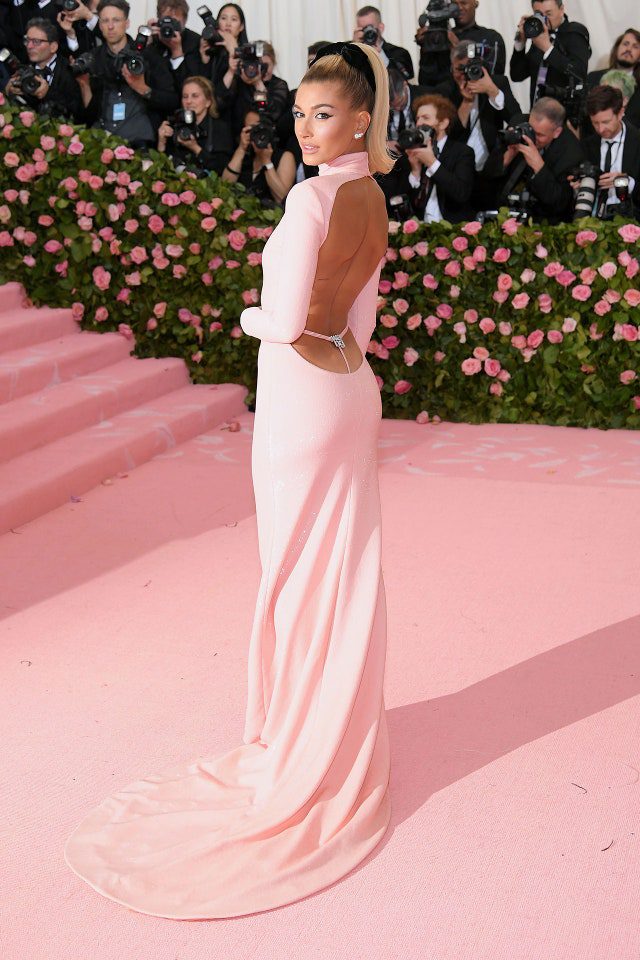 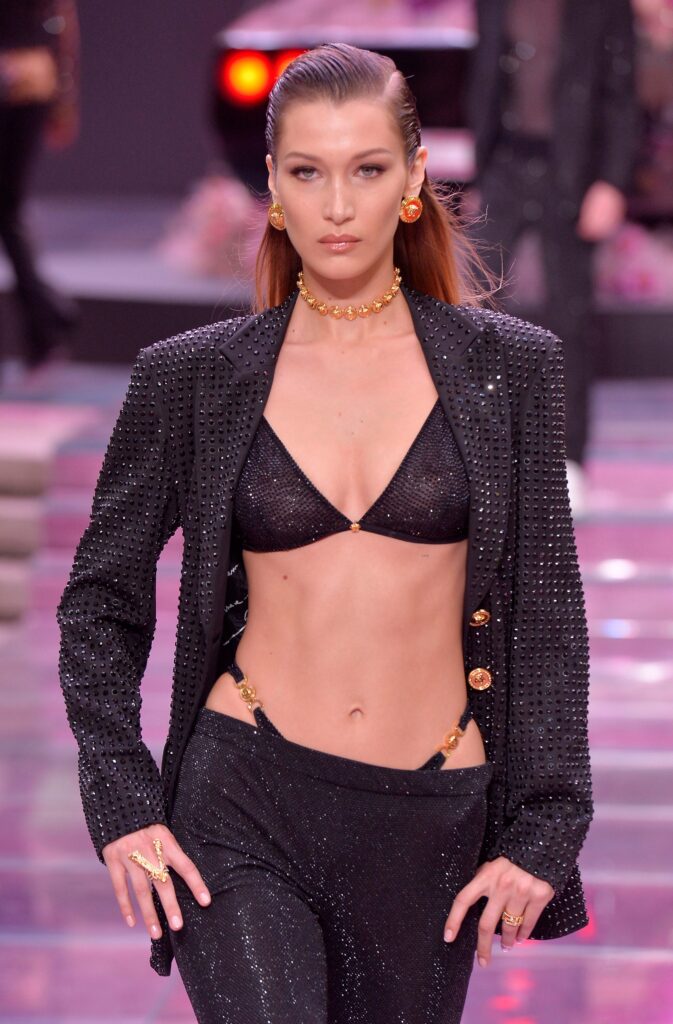 In todays fashion, the whale tail has evolved into more refined, classy, fashion forward looks. In 2019, celebrity Hailey Bieber debuted the trend during the 2019 Met Gala red carpet. She wore an elegant long sleeve baby pink Alexander Wang gown where the backside exposed a matching colored whale tail blinged with the “Wang” logo. This look shows that the classic trend can be high-end and worn outside of casual streetwear looks. Versace also further engrained this idea when Bella Hadid slayed the catwalk wearing a sophisticated shimmery suit from their 2020 menswear spring/summer collection that featured visible g-strings. 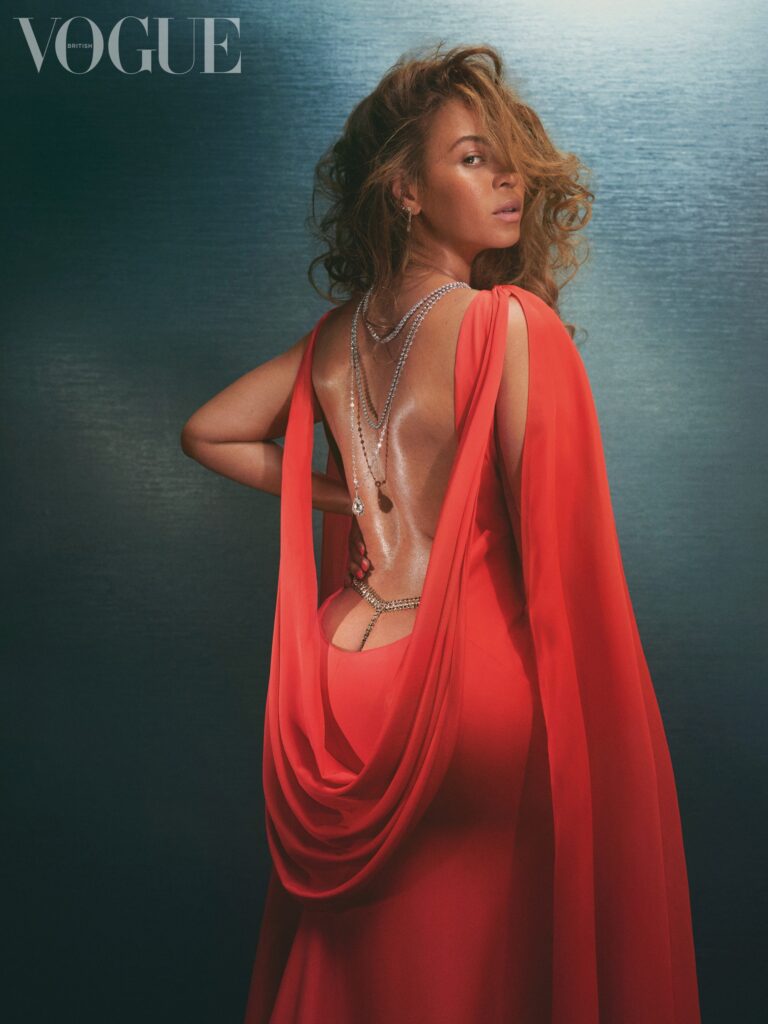 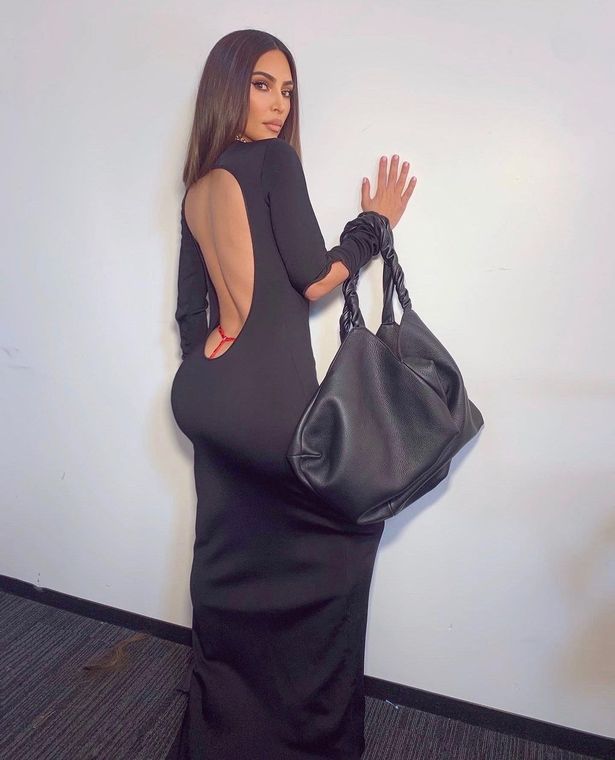 It seems that the reemergence of this trend is just beginning. Singer Beyoncé recently debuted a few looks from her December 2020 British vogue cover where one features her wearing a studded whale tail that peeks above the waistline of her long fiery red evening gown. Rapper Saweetie also recently sported a bedazzled g-string in her latest “Back to the streets” music video featuring Jhené Aiko where she pairs the trend with jeans and a bikini top. Kim Kardashian also recently displayed herself modeling a long black Givenchy gown where a red whale tail was visible above the waistline of the dress. The whale tail is a trend that isn’t going anywhere anytime soon and is currently evolving in high fashion and streetwear.