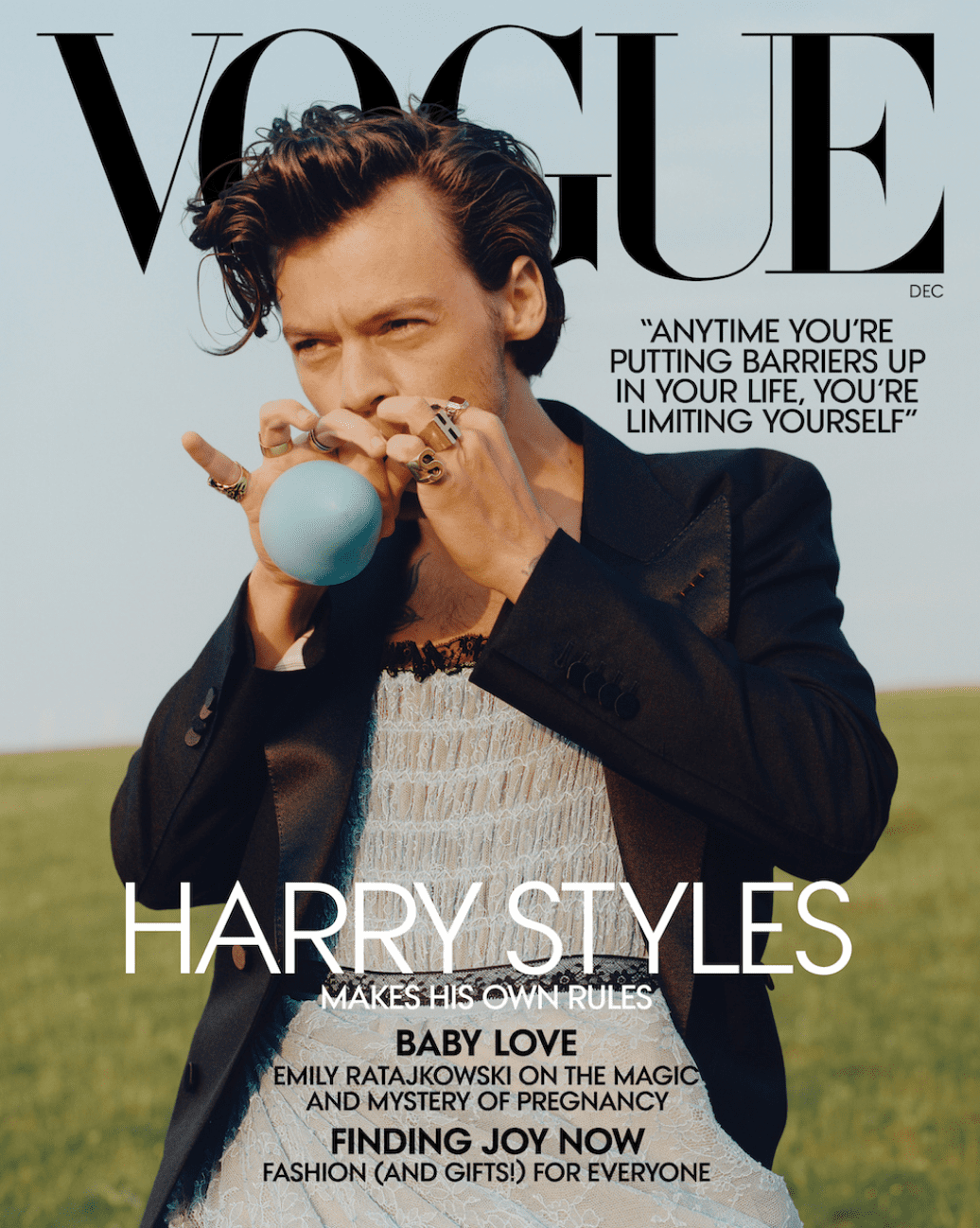 British pop singer and former One Direction member, Harry Styles became the first man to appear solo on a Vogue cover for the December Issue. The 26-year-old artist was photographed rocking a full-length, lace-trimmed Gucci gown but his gender-fluid fashion sparked debates on fashion and masculinity.

Styles told the magazine he enjoys the act of dressing up and that his earliest music inspiration derived from style icons such as Freddie Mercury, David Bowie, Prince, and Elton John.

“Now I’ll put on something that feels really flamboyant, and I don’t feel crazy wearing it,” Styles told Vogue. “I think if you get something that you feel amazing in, it’s like a superhero outfit.”

Custom-made for Styles, Gucci’s creative director Alessandro Michele was responsible for the periwinkle blue lace-trimmed gown that broke the internet. Paired with a black tuxedo jacket, also designed by Gucci, the dress received an abundance of attention between the millennial and Gen- Z shoppers and conservatives voicing their disapproval. Although the image of gender-fluidity and non-binary dressing is more common among younger generations, conservatives like Candace Owens wrote on Twitter to “Bring back manly men.” 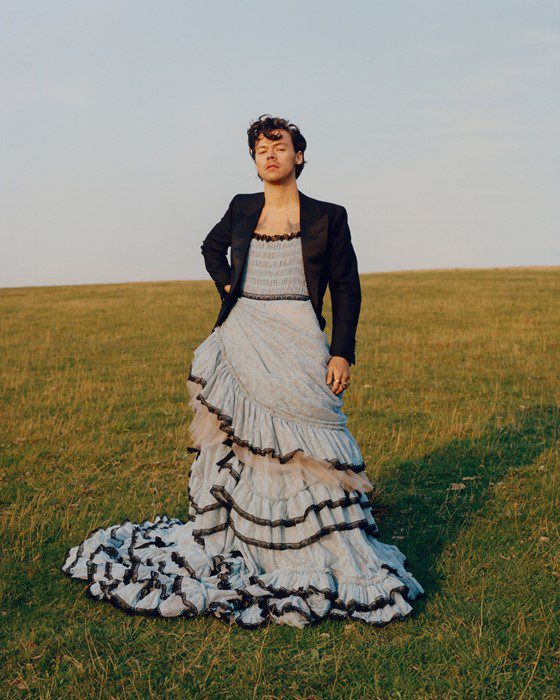 “There is no society that can survive without strong men,” Owens, a well-known rightwing conservative, said. “The East knows this. In the west, the steady feminization of our men at the same time that Marxism is being taught to our children is not a coincidence. It is an outright attack.”

In contrast, The Daily Beast argued that Styles fashion sense wasn’t challenging enough, stating that he may have made history but it isn’t something revolutionary. Although they complimented his photoshoot, the Daily Beast explained that a man in a dress isn’t entirely new. As a white male, Styles is still a typical choice for Vogue as the magazine has faced controversies for its lack of inclusivity.