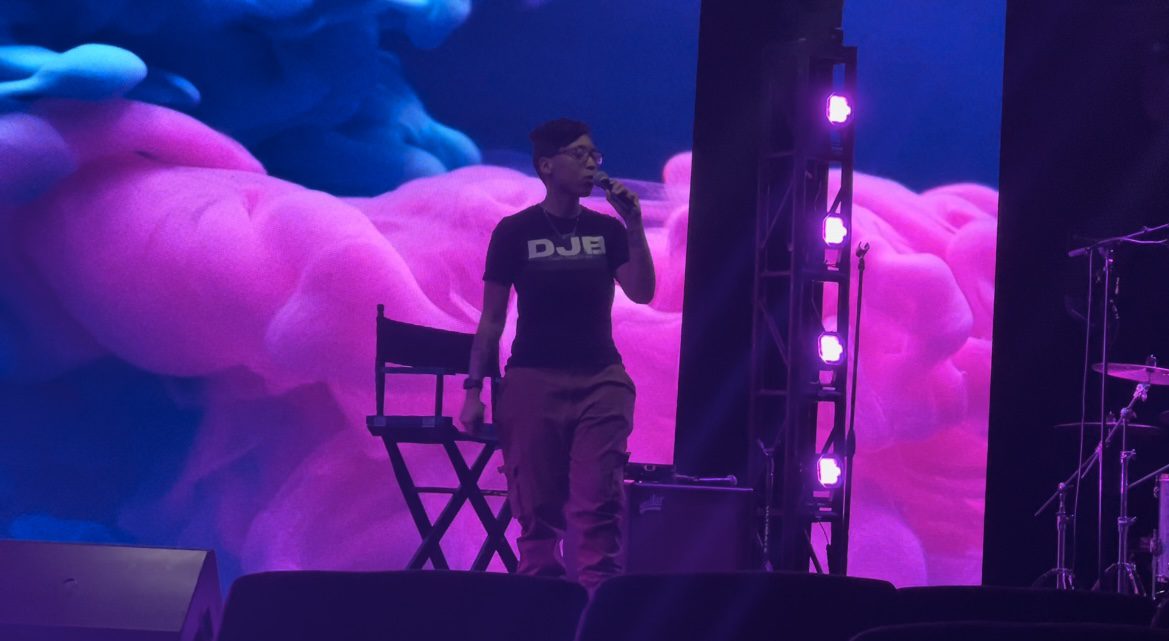 Saturday night DJ Brandice hosted her Women in Music release party in Houston, Texas. The party took place at Vgn Bae Studios and celebrated her new song “Holy” which was released on Friday. She was accompanied by Rahale B and Richelle Gemini. DJ Brandice is a singer, songwriter, producer, and mix engineer.

Guests attending the release party spent the night enjoying gospel and soulful music. DJ Brandice greeted the audience and apologized for some technical difficulties that occurred at the beginning of the show. She went on to introduce her special guests, Gemini and Rahale B.

Richelle Gemini was the first special guest on stage. She wowed the attendees with her authentic and fun music. Gemini took the audience on a journey through her past to her present – her entire performance was seamless. After each song, she engaged with the audience talking about her strength and how she got through difficult times. The songs she performed include “Hint of Humility” and “What Y’all Know About Dem Texas Girls.” She ended her performance by thanking the audience “for coming to my ‘TED Talk.'”

The show went on to feature Rahale B, who moved the audience with her Christian music. She told the audience she would be singing Christian music and “will be glorifying God.” Her first song was a cover of “Graves into Gardens” by Elevation Worship. Rahale B talked about how she used to be an R&B artist, but felt like something was missing. She became a Christian in 2020 and has been using her music to spread the gospel since. With her arm raised Rahale B worshiped God through her performance. The audience could feel her passion and the emotion in her performance. She performed her songs “By Grace” and “Overcome,” along with some of her unreleased work.

DJ Brandice herself took the stage at the end of her release party. The moment that everyone had been waiting for finally arrived – the songs she performed were from her R&B and Christian collections. She sang her songs “Blessed,” “Good enough,” and her new song “Holy.” This was the first time she sang her recently released song “Holy” live. After her performance she thanked the audience for coming and she received a round of applause.

DJ Brandice’s release party was a night for celebrating her new song “Holy” and women in music. This night also highlighted local talent with Gemini and Brandice being from Houston and was able to present music that is sometimes not put at the forefront in the music industry. DJ Brandice’s goal is that her music will inspire others to use the gifts God has given them and encourage people to find God’s purpose for them.