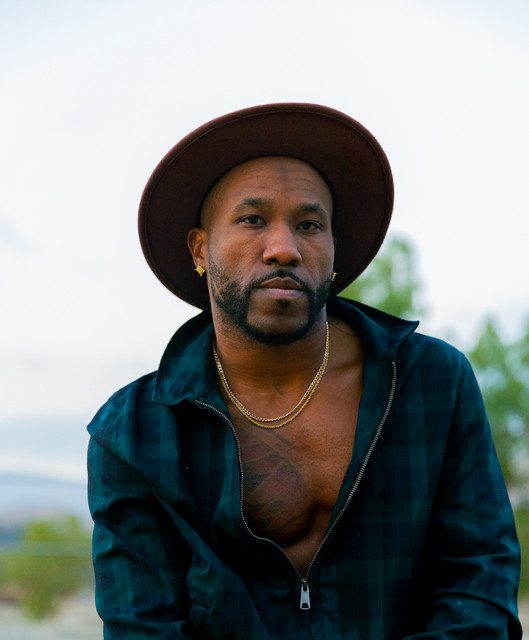 I sat down with Ceasare LaRon Willis, also known as “Tighteyez”, to discuss his impact on the dance community. If you are not familiar with him, Tighteyez is a freestyle dancer from Los Angeles, California. Tighteyez calls himself a “family guy” and takes pride in creating the dance style Krump.

Where Did Tighteyez’s Passion for Dance Come From?

When I asked Tighteyez where his passion for dance came from, he was eager to answer. He watched influential performers such as Michael Jackson and award shows on TV when he was younger. This instigated his desire to try dance and perform. He recounted one night where he was at a skating rink and he encountered the dance group Tommy the Clown. Awestruck by them, he auditioned for their group but didn’t make it. However, he recalls that being the specific moment that he knew he wanted to pursue dance. Tighteyez felt attracted to the hype of the group and he wanted to be a part of that energy. Tommy the Clown’s dance clowning is what inspired Tighteyez’s dance Krump.

Tighteyez defines the Krump as “a freestyle dance interpretation of a heart condition”. He went on to say that, “It is inward thing that is expressed externally through the moves. It is an inward conversation and expression of a belief you have at that moment”. He believes it is a way to communicate with God, create families and friends, and a way to inspire. This led me to ask if you can teach Krump easily or if it comes solely from within a person: “I believe Krump can be taught, but I teach it as Krump is the machine, and I teach them how the machine works. You teach the movements like the jabs and chest pops, but the person controlling that machine makes the difference. I believe everyone is Krump in their own way, they just have to learn to work the machine.”

Krump has helped Tighteyez through many tough times in his life when he felt neglected and abandoned. When I asked him about the message he wants to send through Krump, he provided a thorough answer: “I’m trying to express consistency, drive, believing in something, and giving you 100% in what you do in Krump”.

Krump Battles provide Krump dancers a place to display their skills and compete. Two Krump dancers go head to head with judges evaluating their movements. Tighteyez explains that the judging is “really dynamic and you don’t know who’s going to win even through you know who’s good and not. You just can’t underestimate anyone’s energy.” Tighteyez went on to clarify some of the important terms such as “kill off”: “When that energy strikes, we call if a kill off. Even if there are judges, everyone knows who won the battle.”

In addition, Tighteyez described the process leading up to a Krump Battle: “There are training sessions prior to Krump battles where people learn timing and how to feed off of others’ energy. You must perform well in a certain amount of sessions to prove that you are ready for battle.” Only the best in the training sessions are sent into battle because it can get very competitive. Tighteyez explained, “Many people jump in too soon because of their desire to be in “that spotlight”. For some it’s a good experience, and for some it’s a setback.”

Tighteyez has competed in countless Krump Battles, so I was curious which battle is the most memorable to him. His answer was humbling because his most memorable battle wasn’t his highest achieving battle. He recalls his first battle against his former student Little Tight Eyez as when he came into the light.

“I remember hiding under the stage because there were so many people, and I had never danced in front of that many people before. The plan was to hide there all night until the evening was over, but they were calling me on the stage. I remember thinking, I can’t believe I allowed myself to get here and embarrass myself in front of all these people. As I was saying that, I recall something rolling up in me, then I ran out stomping and running. I remember my steps and how I was walking. I’m walking upstairs with this confidence I do not have.”

This moment was impactful because he beat a fear he had dealt with his whole life: “It was a victory for me because I had low self esteem as a child, I experienced rejection, and I wasn’t ready for the big moment. However, I was able to conquer that.”

Rize is a documentary directed David LaChapelle that delves into the world of Krump in Los Angeles. Viewers learn about dancers such as Tighteyez and the story of the Krump. When I asked about the impact of Rize on Krump and his career, Tighteyez had more than enough to say: “It gave people what Krump was. It gave a look into who we are and what we do. They had never had that. It made my career explode, I had so many lanes from it. People in the streets and in stores were trying to take pictures of me and coming up to me and I’m like, what is happening? We really got put on the map, so many good things came from Rize.”

I wanted to know how Tighteyez thinks Krump has evolved from when he first created it to today. Society has significantly changed since the creation of Krump, and Krump has definitely changed and grown along with it. Tighteyez answered in a similar manner: “There were no regulations and rules when we first created it. It was raw matter and not really molded. Now, we have people who want to learn how to Krump and others who want to learn how to be Krump, This means either people who do it as a skill or a hobby or people who do it to try to tap into something greater. Krump now is a full blown style, culture, a language, and music. Overall, it has evolved from an energy into a culture.” Tighteyez highlighted how Krump has seeped into and influenced more areas of life other than dance.

Krump As A Feeling Rather Than A Movement

When I asked Tighteyez what his favorite Krump movement was, his answer surprised me. “There are different krump feelings”, Tighteyez explains. “You learn the discipline in Japan. In France, the movement is raw and gritty to get wild you go there. Go to Russia to see the innovation of Krump, they are doing stuff you’ve never seen before. If you want to learn the essence, you come to LA.” Tighteyez emphasizes how it’s crucial to experience Krump in LA if anyone wants to excel in it because of its roots there. He went on to say, “The east coast is just as competitive, rowdy, raw, and skillful as the west coast. Every place has it’s own feeling, so if you want to start your own journey you can go to each of these things.” When I asked him which place was his favorite, he struggled. “I don’t have a favorite because I have dabbled in all of them.”

Tighteyez On Gratitude, His Creative Process, and Outlook On Life

I wanted to know what a typical day in the life looked like for this dance legend. Instead of describing and elaborate, busy schedule, Tighteyez explained how he gets his creative process flowing in the day. “Everyday I reflect and ask myself, what did I do today, what did I accomplish, and what can I create next. I do a little reading, I walk, I communicate with God, and afterwards I say what am I gonna do today? Sometimes I’ll engineer music, rap on Krump music, and create content.” There’s not a day that goes by where Tighteyez isn’t taking a step back to find gratitude in what he has. “I always go for it fearlessly even if I look stupid or even if I sound stupid. I have time where I relax and search my heart to see am I really in this, am I really giving my all, and what are my motives? It ‘s just about being grateful for what I have constantly.”