The July cover story of Vanity Fair, featuring Black actress and wage-gap activist Viola Davis, is the first in the magazine’s history to be shot by a Black photographer. His name is Dario Calmese. 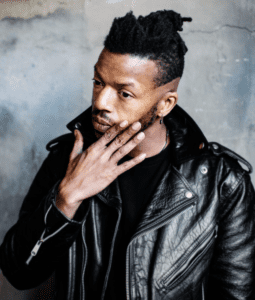 The cover bears a quote from Davis, “my entire life has been a protest,” and this shoot is no exception. When Calmese got the call that he would be shooting the cover story, he knew he wanted to make a statement. “This was a moment to say something,” he said, “a moment to be, like, extra 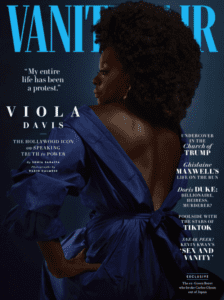 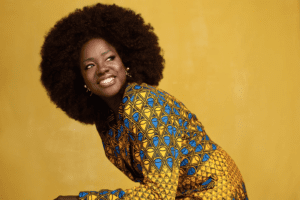 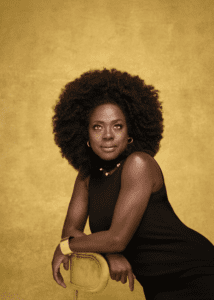 The image that became the cover—one of Ms. Davis wearing a deep blue taffeta MaxMara trench dress backward to expose her back—has particularly strong significance. Calmese had a 1863 photo, “The Scourged Back,” in his personal reference folder. This image is one of an enslaved Black man, naked to the waist, whose back has been savaged by whippings into a mass of scars.

With just a few days until the shoot, Calmese decided to replicate the photo for Vanity Fair. The reference is impossible to ignore. From Ms. Davis’s pose—hand on hip, face in profile, back exposed—to the color of her dress—Indigo cloth was used as currency in the slave trade—this picture is a protest. Mr. Calmese says that this shoot was about reclaiming an old story, “not only around slavery, but also the white gaze on Black bodies, and transmuting that into something of elegance and beauty and power.”

This is especially poignant amidst the criticism that Annie Leibovitz, photographer of Vogue’s new Simone Biles cover, does not properly light Black people in her photography.

Lighting is clearly not an issue for Calmese: Davis’s skin is radiant in each photograph he captured for Vanity Fair, and he wanted the images to center Davis’ Blackness. That’s why her hair was styled naturally, in the largest Afro the hairstylist could create, and why her makeup was minimal. He didn’t want the default “glamour moment” that American fashion magazines tend towards. This sentiment is echoed in Radhika Jones’s Editor’s Letter for July-August: “we are not bound to continue the cultural hierarchies we inherit.” Calmese’s photographs subvert the traditional magazine cover, celebrating Ms. Davis for the person she is: a strong, talented Black actress and activist. He took the position of “first Black cover photographer of Vanity Fair” and elevated it to a cultural protest.

Images via The New York Times and Vanity Fair