COVID-19 hits the pause button for the fashion industry. As many designers are canceling their fashion shows or moving the shows online, LOEWE is taking a creative approach by presenting their latest collection as “Show-in-a-box”.

This idea is carried out by the director, Jonathan Anderson. Anderson states: “The future will eventually unfold, but I am interested in the now: fashion is ultimately about the present.” LOEWE’s Show-in-a-box is a classic archive box, which expands by a layering of contents following a 24-hour agenda. The box is about SS 2021 men’s runway collection of 27 looks including accessories and women’s pre-collection of 39 looks. It turns the creative design process into a sensual experience for the audience, unraveling the inspiration and work process behind the creation of the new collection. 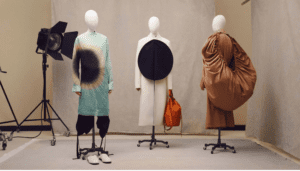 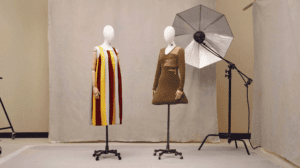 LOEWE offered 24 hours of live stream on July 12th which was made permanently accessible to audience afterwards online. This all-day event provides audience a wonderful experience to learn about the behind the scenes of each fashion piece and the artisanal crafts unique to LOEWE’s new collection. The hourly agenda started off at 9 am Beijing time with a set of motion pictures of denizens of the front row by photographer Aiden Zamari and ended 24 hours later with the women’s SS 21 Pre-collection. Other events in between include music performances by independent artists and bands; a conversation on the Show-in-a-box concept with box designer M/M (Paris); a virtual lunch session with Jonathan Anderson, and textile artists Igshaan Adams, Diedrick Brackens, Anne Low, Josh Faught; a fun tutorial on the making of the 23rd look in the collection at home and much more. 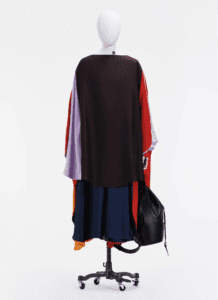 Look 23 which you can make at home with the digital pattern.

LOEWE’s front row guests and bloggers have already received Show-in-the-box as replacement to the fashion show. Some of them have posted unboxing videos on their social media. This is a fun box to explore while it also serves as a precious collectible for the most creative fashion presentation of the year. In this 10-pound box, the first thing visible is a letter from Jonathan Anderson. Followed by prints outs of inspiration, silhouettes, a pattern for Look 23, profiles of the LOEWE team, a vinyl that records the sounds of LOEWE’s Spanish factory in full swing then concludes with the show invite: a poster of LOEWE’s gold balloon bag necklace suspended from Paul Cadmus’s 1946 mobile The Inventor. Although this box won’t likely be sold to the general public, all of the content in the box is available on LOEWE’s official site in electronic version. 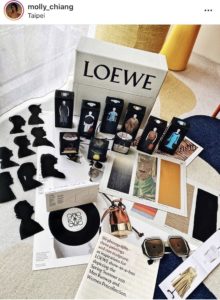 Now let’s take a look at LOEWE’s SS 21 collection. LOEWE’s menswear collection is inspired by curves, loops and circular forms, with the concept “what goes around comes around”. Design trends that used to be popular also makes a comeback in SS 21 menswear collection. One element that stands out is weaving, using various materials such as rope, wicker and leather. Weaving is frequently used in LOEWE’s handbags and shoe designs, but this time there are two tops weaved out of stiff material, creating a complicated pattern and very dimensional aesthetic. The curvy lines used in menswear soften the hard structure and makes the collection appears genderless. The inspiration behind womenswear pre-collection is straightforward creation process on the mannequin, using methods such as gathering, pleating and folding to block out the silhouette on the mannequin. 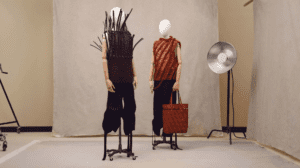 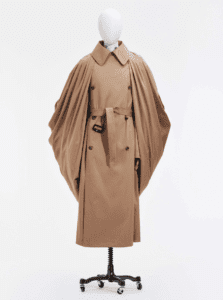 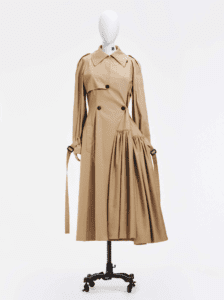