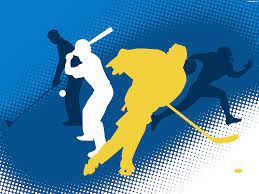 The NHL Stanley Cup Finals are occurring this week. The Colorado Avalanche beat the Tampa Bay Lighting in the first two finals games. Game 1 was a nail biter, as the Avs won by one goal. Similarly, Tampa Bay had no luck in Game 2. Consequently, the Avs overwhelmingly defeated them in a 7-0 game. Game 3 commences today at Tampa Bay 8:00 p.m. EDT.

Yesterday was the final round of the U.S Open Golf Championship in Brookline, Massachusetts. This was a celebration for the country England, as the British golfer Matt Fitzpatrick won the championship. Specifically, he finished at 6 under, and was able to swing his way into first place holding off American Will Zalatoris. This is Fitzpatrick’s first pro major win following his 2013 U.S. Amateur Championship.

It was an upsetting turn of events for tennis fans this week. In short, beloved 4-time Grand Slam winner, Naomi Osaka, has pulled out of Wimbledon with an ankle injury. Subsequently, she announced this on her Instagram page, stating she’s “trying to find the positives in a negative situation”. Moreover, Osaka is receiving the best treatment and hopes to return for the next big tournament.

The College World Series is well underway. Firstly, the Texas Longhorns and the Oklahoma Sooners are representing the Big 12. Secondly, a Pac 12 powerhouse Stanford is in the tournament, while Notre Dame is representing the ACC. Thirdly, the SEC never seems to slow down bringing in Arkansas, Ole Miss, Auburn and Texas A&M for the series. It is still early in the series, but the Fighting Irish are favorite to win it all.

The NBA draft is occurring later this week with the Orlando Magic, Houston Rockets and Oklahoma City Thunder getting the first picks. Accordingly, a star player expected to be gone in the first round is center, Chet Holmgren from Gonzaga University. In fact, this 7-footer is known for his shot-blocking and stretching the floor as a knock down 3-point shooter. Tune in for the draft June 23rd at 8:00 p.m. EDT.