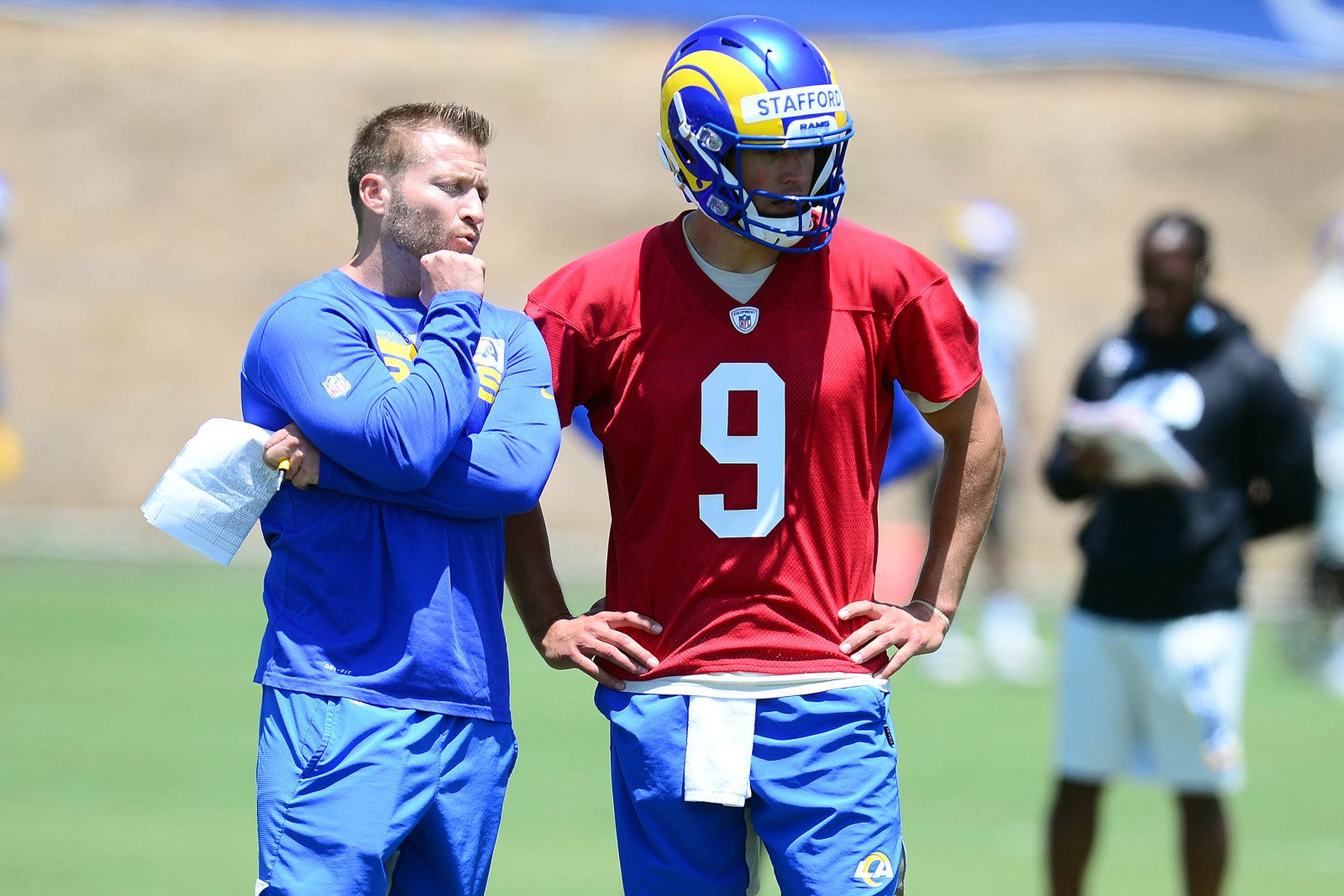 NEW YORK, NY_. When thinking about the National Football League, a team can seem to change their misfortune overnight.  While this is not typical for every other sport, some NFL players have such an immediate impact that it could possibly lead a team to a Super Bowl victory.  Tom Brady, in his first year with the Tampa Bay Buccaneers, found a way to bring home the Vince Lombardi Trophy.  There are three teams that have made major quarterback changes this offseason that may be looking to make a similar leap as Tampa Bay, but which one has the best chance to reign supreme and bring home a championship?

The Rams have been a team near the top of the NFC West for many years now.  In 2019, in fact, they suffered a loss to the New England Patriots, led by Tom Brady (no surprise),  With aspirations to return with a vengeance, the Rams made a major trade to bring former first overall pick Matthew Stafford to the Los Angeles.  The Pro Bowl quarterback leads the Detroit Lions franchise in nearly every statistical passing category and has been considered a “wasted talent” by many due to the lack of performance by the Lions.  If Stafford can play how many expect him to, with a top 5 defense in the league, a solid receiving core, and overall great offensive weapons, the Rams are suited to win a championship.

The 49ers seem to be very comparable to the Rams.  A team that has suffered a very recent defeat in the Super Bowl, that lacked efficient quarterback play, made a move to acquire a new guy under center.  However, the 49ers’ situation is slightly different.  Following the 2021 NFL Draft, NFL fans are not sure whether first-round pick Trey Lance or former starter Jimmy Garoppolo will be the 49ers’ starter.  Jimmy G gives the 49ers a safe choice, although he has dealt with injuries in the past.  While he has not necessarily lit up the scoreboard, Jimmy was very consistent and tended to not turn over the ball a lot.  Trey Lance, on the other hand, provides the 49ers with a quarterback of the future.  His lack of experience can lead to Jimmy starting, but his chance to bolster the offense gives them some hope to spark this team.  With a similar situation in defensive and offensive situations to the Rams, expect the NFC West to have a lot of contenders this year.

The Colts may be the hardest team to predict but could have the highest ceiling.  After acquiring Carson Wentz from the Philadelphia Eagles, the Colts have a top defense, top offensive line, and offensive weapons to win the AFC South.  The biggest question comes relating to Wentz.  A one-time MVP candidate, Wentz played at a high level to lead the Eagles to their Super Bowl win, which eventually was won by backup quarterback Nick Foles.  If Wentz can play at the level he played prior to his injury, the Colts are suited to win it all.

All three of these teams have greatly bettered their teams by increasing their quarterback play.  In my opinion, the Los Angeles Rams are best suited to win it all.  However, in a tough division with the Seahawks, Cardinals, and 49ers all expected to play well this year, it may be the Colts with the best chance to win their division.  This season is poised to be a great one, and expect a new face to win it all.