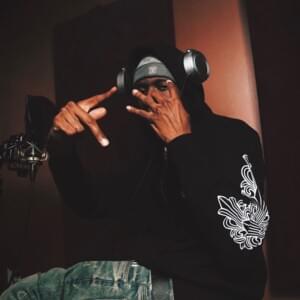 Quelly Woo, from Canarsie, Brooklyn, is not going anywhere anytime soon. He’s a Brooklyn drill artist whose name is bubbling in the air right now. Drill drew to him out of all the music genres because of the music’s energy when hearing the beats. His name “Quelly ” is his half nickname and half real name. He’s known as “Mr. TP,” which in his neighborhood means to “think positive” is a reflection of his calm energy. During the pandemic, it helped him listen to more music and beats. In an interview with WSJU radio, Quelly states that “growing up in Canarsie motivated him to get bread no matter the situation,” so this is what he’s doing, making music and hustling. Also, he mentions that he has always loved music since young to On The Radar Radio with Gabe. Several local artists significantly, Sleepy Hallow believed in him and his music which motivated him to keep hustling.

His E.P. Tactical Pressure is his insight into life in Canarsie. He reflects on his hood and Canarsie and Brooklyn through his eyes. He is picking up where the late rapper Pop Smoke left, especially repping Canarsie. His Pop Smoke influence is on his song “T.N.P. ( Tomorrow Never Promised),” in which he shouted out the late rapper, “R.I.P. the legend I know he Woo walking up in heaven.” Quelly emerged last year with his single “Bacc Out,” hitting three million-plus views on Youtube. It was one of the best drill rap songs of 2020.

What to expect from Quelly Woo

Quelly would eventually switch it from Drill to a little more R&B music because he wants his fans to know he can make melodic music. With a deluxe album coming out for “Tactical Pressure” on July 30th, fans can expect everything from Drill to R&B songs. He’s also releasing a next tape coming out in late August with a different flow. His music can be listened to on Spotify and any streaming platform.