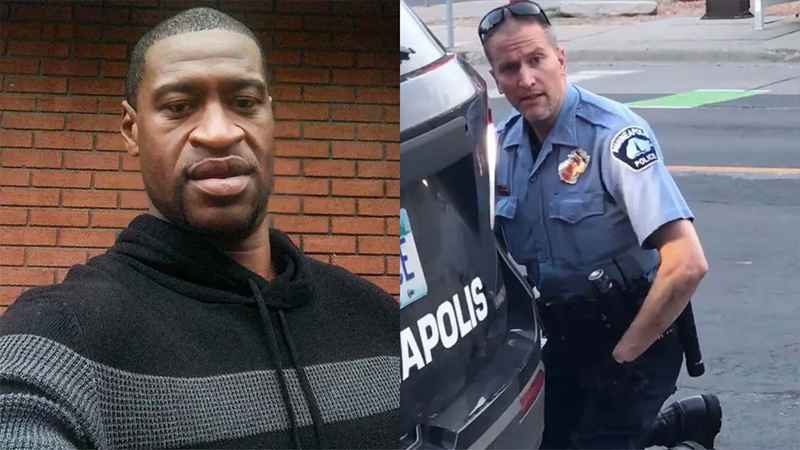 Former Minneapolis police officer Derek Chauvin was convicted of all three charges he faced in the death of George Floyd. This news came on Tuesday after a year of unrest. After a full day of deliberations, the jury found Chauvin guilty of three counts: unintentional second-degree murder, third-degree murder and second-degree manslaughter.

In the weeks and months following Floyd’s killing, athletes and coaches came together to participate in nationwide protests to fight systemic racism and social injustice in America. Many leagues and teams worked to make statements through their uniforms and warm up shirts as a response to these injustices. Now, athletes and coaches have responded to conviction, which was a monumental moment for racial justice in America.

LeBron James was one of the most prominent athletes to weigh in on the verdict sharing the following on his Twitter:

James has constantly been an active voice in the fight for social justice and his short but powerful statement showed his platform exactly how he felt.

Patrick Mahomes was another prominent athlete that shared his response to the verdict:

Minnesota Timberwolves star Karl-Anthony Towns also shared his thoughts on Twitter after watching the trial play out in Minneapolis:

Many sports leagues released statements to their social media platforms addressing the results of Derek Chauvin’s trial. These teams shared their basis for fighting for justice and equality moving forward through competition. 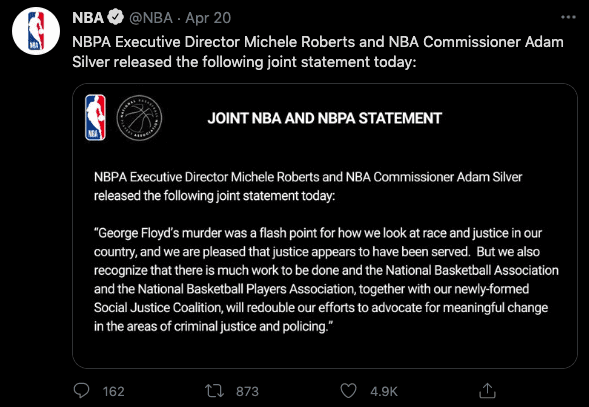 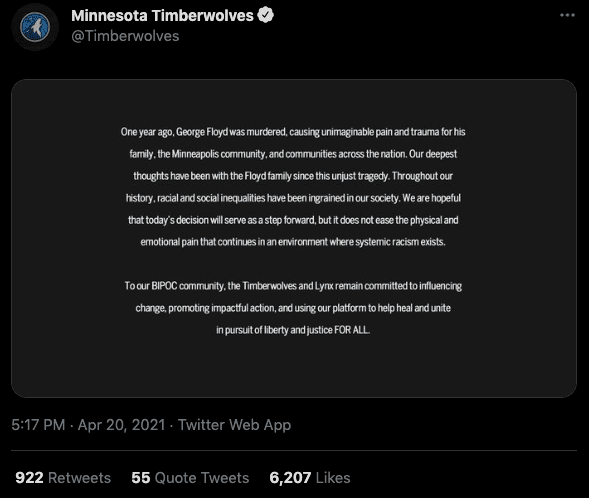 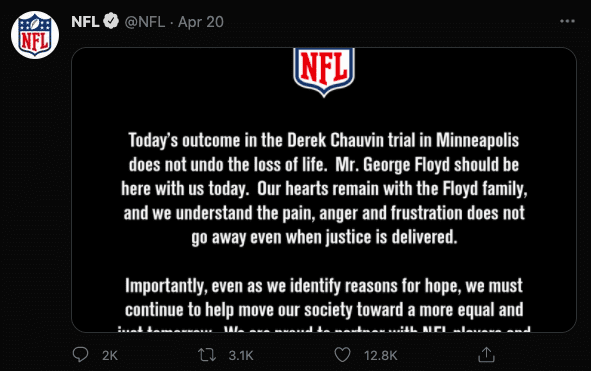 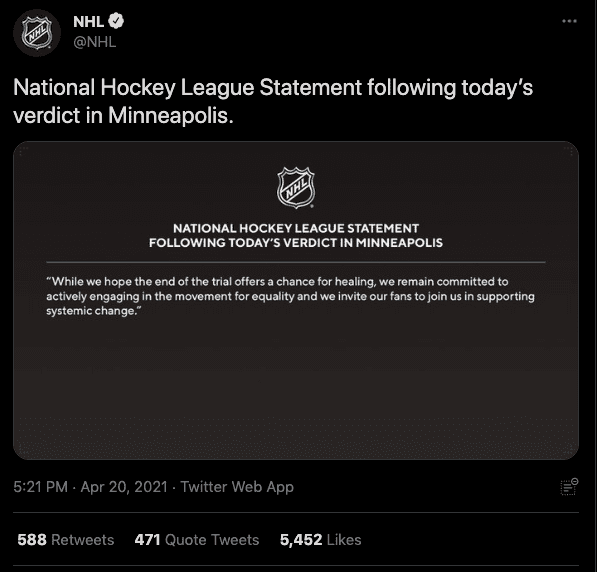 Three other officers that were involved in the killing of George Floyd have been charged with aiding and abetting. They are expected to be tried together in August. Derek Chauvin’s sentencing will take place in about eight weeks.