Ohio Shooting: Ma’khia Bryant Is Shot By The Police In Columbus 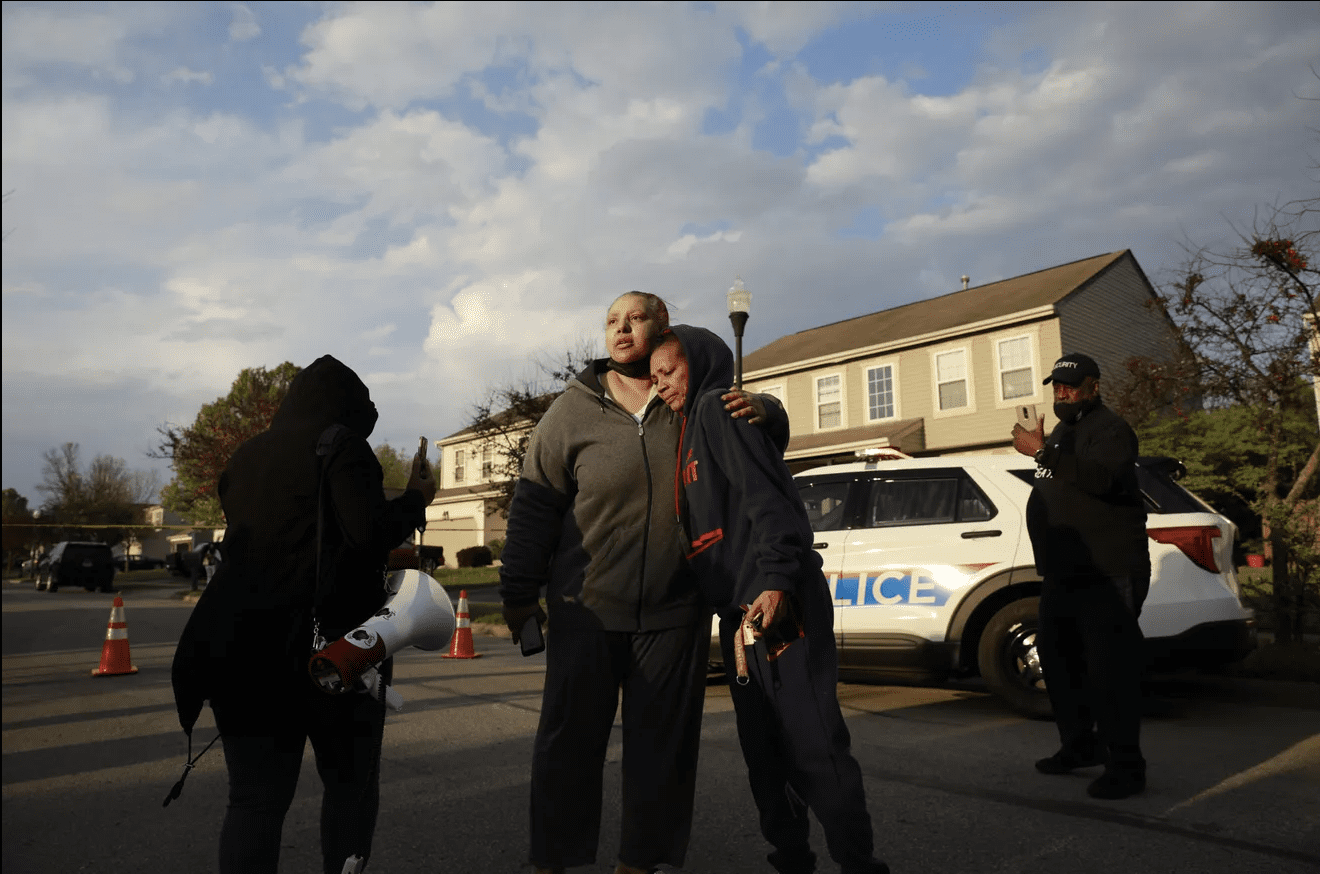 Ohio Shooting: Ma’khia Bryant Is Shot By The Police In Columbus

Hazel Bryant is embraced after her teen niece, 16-year-old Ma’Khia Bryant, was shot and killed in a fatal police shooting on Tuesday, April 20, 2021, near Legion Lane on the East side of Columbus, Ohio.  Photo by Brooke LaValley/Columbus Dispatch

The shooting occured in the state capital Columbus around 16:45 local time (20:25 GMT) on Tuesday. The Columbus Dispatch newspaper stated, “The shooting, which happened about 20 minutes before a guilty verdict was announced in the trial of Derek Chauvin, a former Minneapolis police officer who killed George Floyd.”

Ma’Khia Bryant turns her attention towards another woman at the scene and runs towards her as the officer opens fire, sending her to the ground. Video by Daily News

The video shows an officer approaching a driveway with a group of young people standing there. In the video, it appears that the 16-year-old,  Ma’Khia Bryant, who was moments later shot by police, pushes or swings at a person, who falls to the ground. Bryant then appears to swing a knife at a girl who is on the hood of a car, and the officer fires his weapon what sounds like four times, striking Bryant, who died a short time later.

Franklin County Children’s Services and family  confirmed that Ma’Khia was taken into foster care and in the custody of children services. Ma’Khia’s aunt, Hazel Bryant told Columbus Dispatch that Ma’Khia had gotten into an altercation with someone at the home.

Mayor Andrew J. Ginther stated, “It’s a tragic day in the city of Columbus. It’s a horrible, heartbreaking situation,” “We felt transparency in sharing this footage, as incomplete as it is at this time” was very critical.

“We know, based on this footage, the officer took action to protect another young girl in our community, but a family is grieving tonight and this young 15-year-old girl [sic] will never be coming home,” Columbus Mayor Andrew Ginther said at Tuesday night’s news conference.

Interim Columbus Police Chief Michael Woods, said that the Bureau of Criminal Investigation is leading the investigation of the shooting. He stated that the investigation needs to be complete to see if the actions of the officer is justified. “Columbus Public Safety Director Ned Pettus Jr. urged the public to be patient as the investigation continues, and city officials again called for peace,” The Columbus Dispatch newspaper stated.