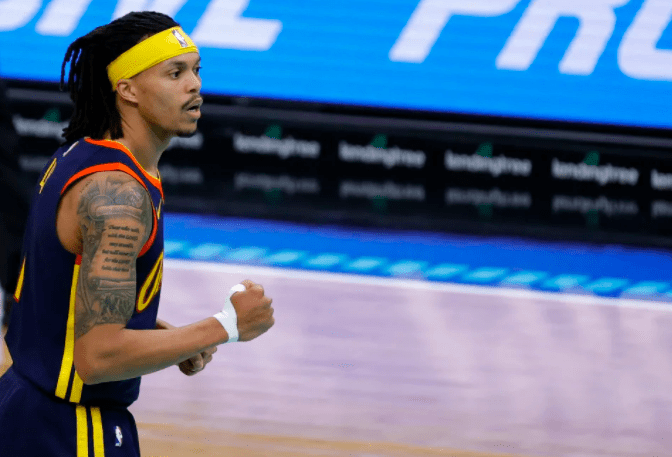 Golden State Warriors forward Damion Lee revealed that he contracted COVID-19 after receiving the Johnson & Johnson vaccine, which requires only one dose, nearly two months ago. This diagnosis has left him battling symptoms including headaches, chills, congestion, soreness and brain fog.

“I did test positive for COVID about two weeks ago,” Lee said, according to an article from The Athletic. “I did get the vaccine the middle, end of March, and I mean essentially this was just a rare breakthrough case.”

Lee, 28, has posted an average of 6.5 points and 3.2 rebounds so far this season but has not played since April 19. He is unsure whether he will be able to return due to his symptoms. 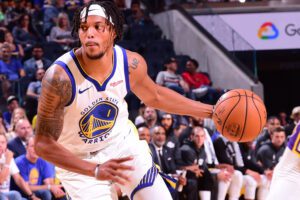 “Right now there’s no timeline in the immediate future for me coming back and playing,” Lee said. “Obviously [I] still have protocols and hurdles for me to clear from the medical side. After that, then it’s a matter of getting back into basketball shape.”

After Thursday’s 118-97 win over the Oklahoma City Thunder, the Warriors only have five games left in the regular season. They are on track to compete in the NBA’s new postseason tournament.

“It felt like I was hit by a car, like hit by two cars at once,” he said. “It hurt, it was pain, soreness. It felt like there was a weight on my chest for a couple of days, like it was just hard to breathe.”

“It’s shocking,” coach Steve Kerr said to ESPN about Lee’s diagnosis. “I feel for him because he’s had an excellent season and obviously this is really putting him in a tough spot. He hasn’t been able to work out at all, so we’ll [see] what happens basketball-wise. But the main thing is he’s healthy and feeling better and we’re obviously relieved about that.”