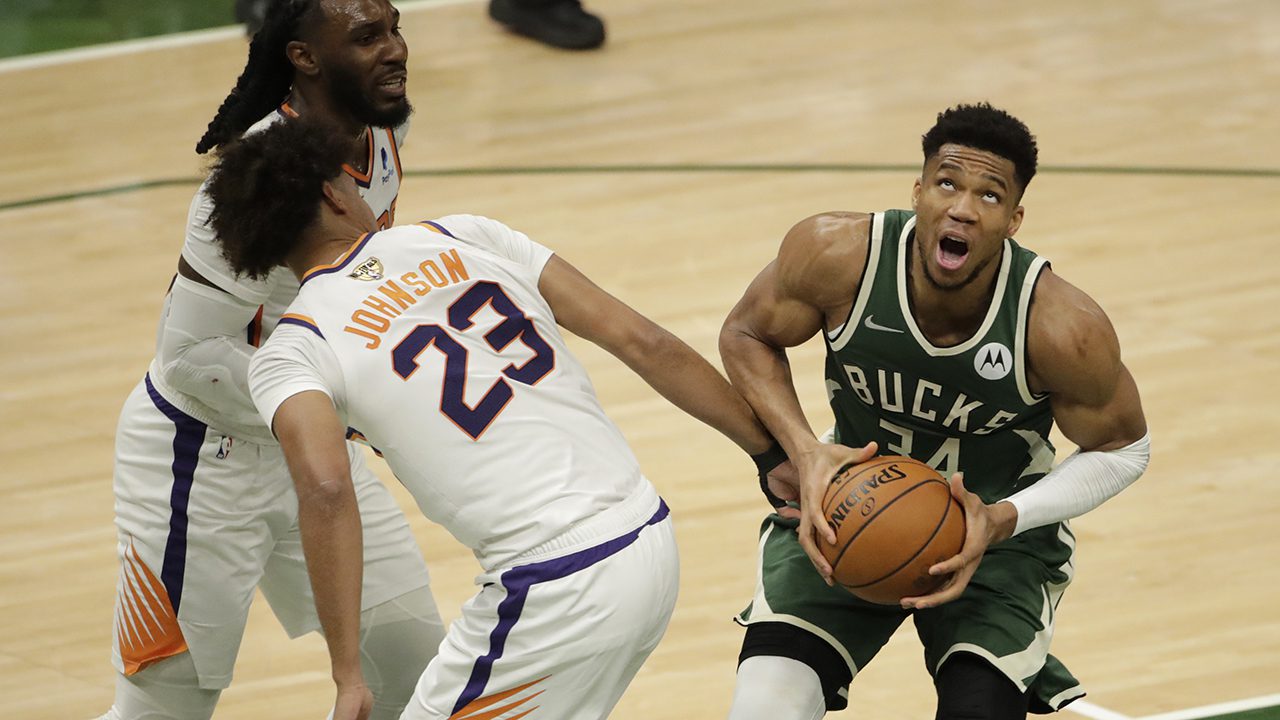 NEW YORK, NY_. The NBA Finals, even at 2-2 thus far, have proven that the teams may be more even than many have predicted. Going into the series, there were lots of predictions of a series sweep by the Suns, or possibly even the Suns in 5. It seemed as if a lot of people were counting out the Bucks.

Counting them out now looks like a poor prediction. The Bucks, originally down two games in the series, captured both games in their homestand to tie the series up. These wins, and even their solid performances in the first two games are a direct result of the play of former two-time MVP Giannis Antetokounmpo.

This consistent gameplay has many wondering, could Giannis take home Finals MVP win or loss?  The idea that a player can achieve this honor has been thrown out many times before, like Lebron James in the 2018 Finals. However, it has only ever been awarded once when Jerry West achieved the honor in 1969.

With the lack of consistent superstar play from any individual Suns player, it leaves room for Giannis to possibly achieve this honor. However, he would need to keep up this play, and it will probably need to go to seven games to be achieved.

So far this series, Giannis has averaged 32.3 points, 14 rebounds, and 5.5 assists, on top of stellar defensive play. In terms of raw numbers and impact on his team, Giannis has done extraordinary things.

It could be assumed at this point that if the Bucks win the Finals, Giannis will win MVP. But who will beat Giannis if the Suns win?  A lot of NBA fans believe the “Chris Paul effect” will have a big say in terms of Giannis winning the award. Paul has brought a non-playoff team last year to the finals in his first year in Phoenix.

Young star Devin Booker has also had standout performances, although he struggled in a game three loss to the Bucks. Both Paul and Booker have very strong cases to win the Finals MVP.

No matter who is awarded the MVP, it is safe to assume that they deserve the title. However, win or not, Giannis is more than deserving of recognition for the show he has put on throughout his first-ever finals.