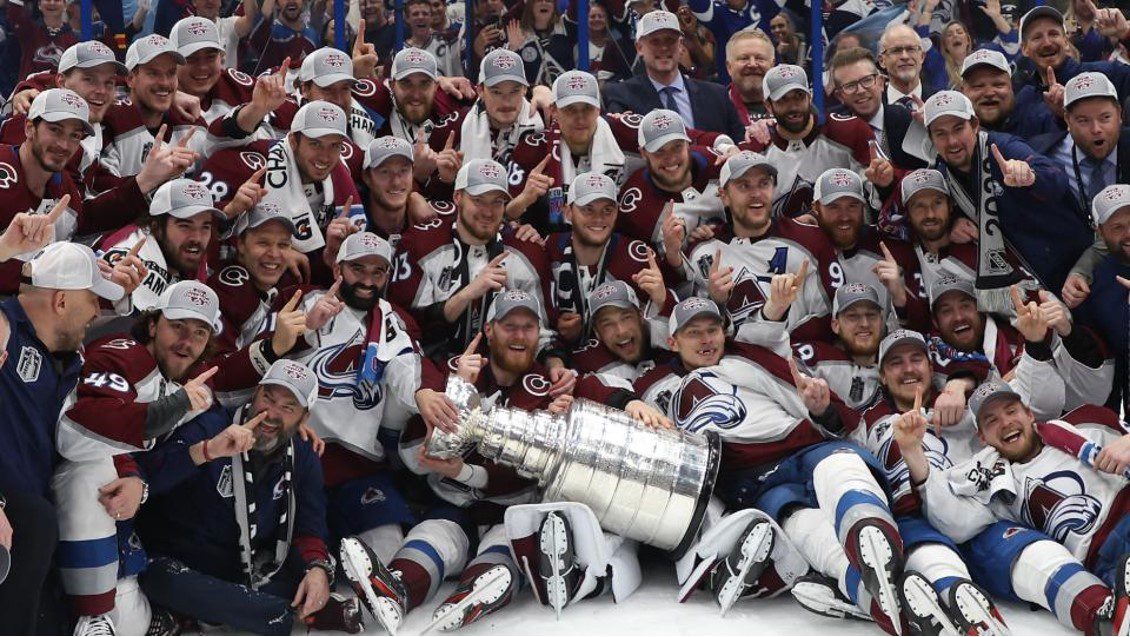 This past Sunday, the Colorado Avalanche defeated the Tampa Bay Lightning by a final score of 2-1, as they dethroned the back-to-back champions to capture their franchise’s third Stanley Cup championship.

Game six meant a lot to both teams as the Avs looked to clinch the Stanley Cup on Tampa Bay’s home ice, whereas the Lightning looked to force a game seven that would head back to Colorado to keep their hopes of a three-peat alive.

The first goal of the game took place with over 16 minutes remaining in the first period, as star Lightning right winger Nikita Kucherov kept the puck alive in the offensive zone, which led to a pass from left winger Ondrej Palat that allowed him to find center Steven Stamkos in front of the net to make it 1-0 Lightning, which capped off a dominant first period from the home team.

The Avs tied the game up nearly two minutes into the second period as left-winger Gabriel Landeskog gave the puck to defenseman Bowen Byram, who then passed the puck to star center Nathan Mackinnon, who was open on the left side as he was able to put the puck past star Netminder of the Lightning, Andrei Vasilevskiy. With the Avs on an odd-man rush with less than a half a period to go, defenseman Josh Manson passed the puck to Mackinnon, who would then find left-winger Arturi Lehkonen skating up the left side of the offensive zone as the puck found its way in the back of the net, giving Colorado a 2-1 lead. The second period ended with a score of 2-1, with Colorado having a solid offensive performance that put them in a position to take home the Stanley Cup.

The final period of hockey was another period that the Avalanche dominated, but this time on the defensive side. The Avs didn’t allow the Lightning to get quality chances, and they only let the defending champions get four shots on goal in the most crucial period in hockey. The Lightning failed to generate any opportunities on offense due to the quality defensive performance displayed by the Avs. The Avs weren’t able to score this period, but with how good their defense played, they didn’t need to as the Lightning were also unable to score as the Avs would go on to win the series 4-2, denying the Lightning’s hopes of a three-peat.

After the Avs hoisted the Cup, Avs star Defenseman Cale Makar was named the Conn Smythe Trophy winner due to his performance in the playoffs and finals as he racked up 29 points (eight goals and 21 assists combined) in 20 games, playing a massive role in the Avs Stanley Cup run.

After going back to back and defeating the likes of the Dallas Stars and Montreal Canadiens back to back years in the finals, this felt like the series that would give the Lightning their most formidable challenge yet, and not too many were shocked to witness it.

Both teams scoring the same amount of even-strength goals combined (13 per each side) throughout the finals., but they differed in that the Avs’ ability to generate more offense and create more chances on offense as the series went on compared to the Lightning. On top of that, the Avs special teams played a considerable role in scoring the series’ only short-handed goal and outscoring the Lightning on the power play 6-2 on nearly 43% of their power play opportunities. The Avs defense, led by Makar, came up big in crucial moments when the team needed them most, especially in last night’s game, where they did not give the Lightning any quality chances, which led to them not being able to score another goal as the Avs were able to gain control of the game and series while being away from home ice.