A General Strike Is Being Planned For October 15th: Here’s Why 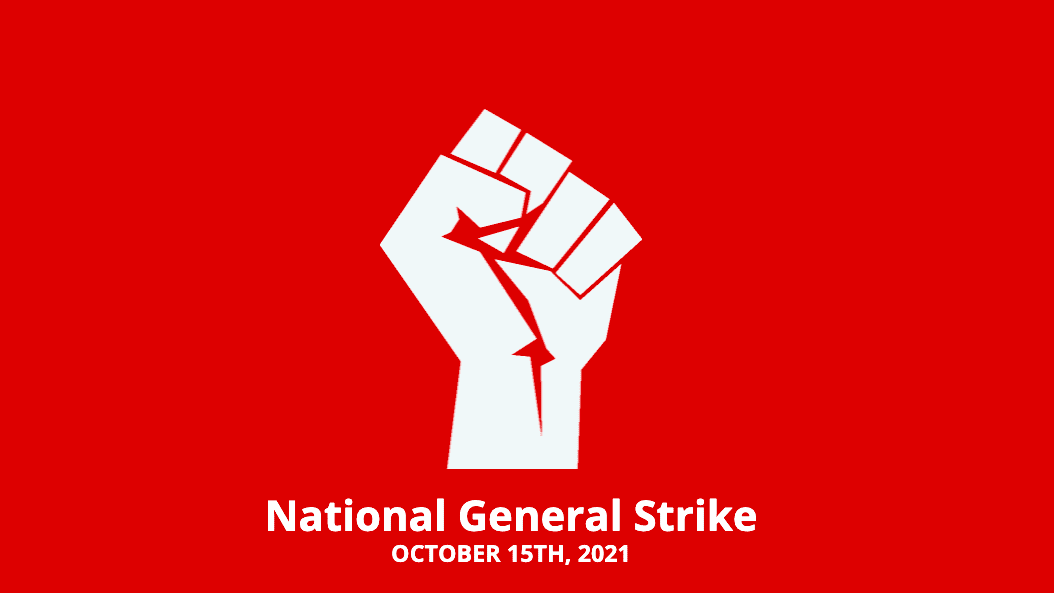 A General Strike Is Being Planned For October 15th: Here’s Why

For many American citizens, the COVID-19 pandemic brought about the worst economic era seen since the Great Depression of the 1930s. While the American government gave rich companies corporate bailouts to keep them afloat, millions of civilians lost their jobs and struggled to pay for basic necessities such as rent and groceries.

Many working-class Americans had no financial safety to stay home when various lockdown restrictions around the country were being lifted, meaning that they had to go back out and risk their lives for the sake of their livelihood. In addition to this, in spite of being subjected to dangerous and unfair working conditions under a global pandemic, not making a decent wage to cover living expenses, and being overworked with little to no paid time off or sick days. People were made to work overtime with almost no benefits, causing thousands of Americans to be in a state of outrage.

All of these conditions have led to a mass awakening, resulting in boycotts, demonstrations, and workers quitting en masse. Workers are now starting to realize the value of their labor, and have started demanding that they be properly compensated if employers want that labor to continue.

Wealthy corporations such as Amazon, Tesla, and Walmart have been accused of exploiting their workers, caring more about profits than people. Consequently, many around the country are planning a national general strike on Friday, October 15th. Backed by The Raven Corps, the October 15th strike is a movement run by working-class people fighting for better treatment from their government, especially since their work makes up the bulk of the American economy.

On the October Strike website, it states that the working class is going to fight for the rights they deserve and that they have been trampled on for far too long. They also address a number of issues that Americans face, such as living below the poverty line, being in debt, and not being granted maternity leave.

Under the question, “What is the plan?” on their website, the organizers of the October 15th strike state this:

“​​Starting on October 15, 2021, strikers that will not show up to work. Strikers will also boycott large corporations such as Amazon and Walmart. Some will abstain from all economic activity. This will all be in an effort to bring the attention of the powers that be to our needs as workers. They have the power to enact epic change, but will not until their livelihoods are threatened too. We will not stop striking until each and every one of our goals are met.”