Honoring Frantz Fanon On What Would’ve Been His 96th Birthday 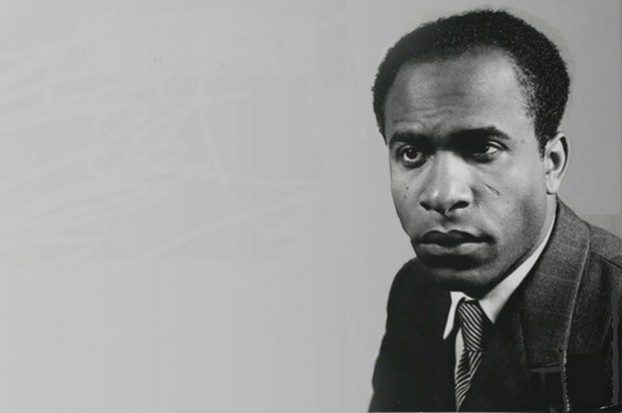 Honoring Frantz Fanon On What Would’ve Been His 96th Birthday

For as long as race has been an issue in society, there has been a struggle to identify, comprehend, and overcome the circumstances that it creates. Racism permeates multiple facets of societal life, obviating itself in education, governance, and beyond. People have always stood on the frontlines of the fight against oppression in various ways. While some put their energy into shifting notions and attitudes around race, others sought to define the effects of it on a psychological level.

Though history often remembers individuals such as Dr. Martin Luther King, Jr., Rosa Parks, and John Lewis, for their work to change racist systems, it is equally important to honor those who looked to understand how racism affects its recipients on a mental level as well.

One such person was the late Frantz Fanon, a West Indian psychoanalyst and physician. Fanon was born on July 20th, 1925. Coming from the French colony of Martinique as a middle-class citizen, Fanon did not find it very difficult to navigate life as a Black man until World War II when French sailors took over the island due to being blockaded by the Nazis. During that time, Fanon finally got to experience the depersonalization and alienation that racism brings. Before this, he and others like himself lived in somewhat of a state of oblivion, believing they were equal or the same as the French.

In fact, many Black Martiniquans had been taught that they themselves were French and that they should not separate themselves from the French lifestyle and culture. Because of this, many Blacks on the island had colonial mindsets and understood very little about discrimination.

Following this, Fanon traveled to Lyon, France, where he became a psychiatrist and published his first book, Black Skin, White Masks in 1952 while completing his residency. In his book, Fanon details the extremely damaging and dehumanizing psychological effects that racism had on the Black psyche. In a way, he concludes that because whiteness is so prominent and dominating in society, Blacks are forever left feeling inadequate and unable to fit in, no matter how educated or perfect they are. Blackness is equated to evil and villainy, thus making it practically impossible to prevent Black from experiencing trauma.

After his residency was over, Fanon moved to Algeria, where his life changed forever. Though he initially moved to the country to treat patients at a psychiatric hospital, he quickly became fascinated with the Algerian Revolution and soon joined to help Algerian soldiers in the fight against French colonialism. After seeing how racism, colonialism, and discrimination hurt Algerians, he realized that he no longer could support France in any form or fashion. He became so dedicated to Algerian liberation that he even began to consider himself an Algerian, no longer wanting any ties with France.

In 1961, Fanon died at only 36 years old after a difficult battle with leukemia. He passed away in Bethesda, Maryland, where he was receiving treatment.

Though Fanon lived a relatively short life in comparison to other historical figures, his influence is indisputable. In the 1960s and 1970s, Fanon’s work played an integral role in the Black Power movement, inspiring other revolutionaries such as Malcolm X, Kwame Ture, and Huey P. Newton of the Black Panther Party. His work helped oppressed peoples all over the world better understand what a colonial mindset was, and how to change it through re-education and resistance. Though many may see revolution and action through the means of armed struggle, he proved that it was more than that. Fanon taught many that the fight against white supremacy and racism is not merely a physical one, but one that encompasses mind, body, and spirit.