Following the release of the newest Netflix original Bridgerton, which is based on Julia Quinn’s Novel The Duke and I: Bridgerton. The show takes a more progressive approach in introducing its visual telling by having a more diverse cast and a classical take on today’s top hits as their soundtrack. 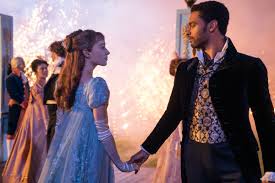 Tik Tok Artist Abigail Barlow was inspired by this Netflix Series and the unique take and the storyline the series tackles. Her immediate thought upon watching the series was how this would make an amazing musical. Considering the global pandemic’s current circumstances, many have taken to share their music on the social media platform. 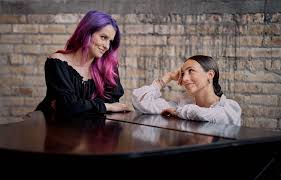 The Musical Concept Comes to Life Through the Screen

Abigail’s musical concept journey started with “Daphne’s Song,” reaching 1.5 million views and 214,300 likes. From then on, she has continued to create new songs portraying the perspective of each character. Abigail and her co-writer Emily Bear, who writes and produces her music, have created over 10 songs to go along with this musical concept. These songs include “Burn For You,” Penelope Featherington, Eloise’s Song: “If I Were A Man,” The Dual “Friend Turned Foe” Anthony and Simon, Sienna’s Song “Fool for you,” Violet’s Song, “Balancing the Scale,” and Simon’s Vow. Personally, Burn For You is literally on repeat.

They have taken to doing weekly Tik Tok lives and posting weekly videos showing the songwriting and development process. They have created a masterpiece and plan to continue creating many new pieces to go along with the concept in the upcoming weeks. Maybe we will one day see Bridgerton as a musical. Who knows?

The Politics of Social Media

Up and Coming Artist: Jessie Reyez

Coachella to be Postponed Once Again