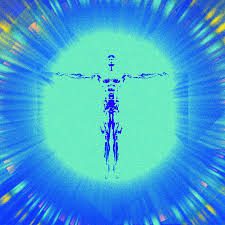 Howard University student, Quaran Ahmad also known by the stage name, Vynni, is the next Hip-Hop artist to watch. He has just dropped his new 2021 single titled “Roses” and the release of a full project titled “Otherworld” is soon to follow. This may be his first single for the 2021 year, but this track makes it evidently clear that Vynni is on his way to “blooming like a rose” in no time at all.

In comparison to his previous works, “Roses” has much more of a developed sound to it, fitting in just fine with other artists you would hear on today’s mainstream radio. However, he sets himself apart by having such a feel-good and melodic chorus accompanied by catchy lyrics that flow easily.  In this track, Vynni has found his artistic voice and is expressing it clearly to his audience.

“Roses” is available on streaming platforms such as Spotify, Apple Music and YouTube and is the first track off of what will become Vynni’s fifth album and seventh musical project altogether. The single is also the first track being released during Vynni’s collegiate journey and its sound reflects just how far his music journey has come. “Roses” indicates a turning point for the young artist and signifies his progression into a more mature sound.

With hundreds of views on YouTube and more than 5,000 streams on Spotify, Vynni has been consistently putting in the time and effort to become a success in the Hip-Hop industry. Not only is he working hard while attending Howard University, but his hard work and dedication to his passion is shown in each of his songs. His journey is just beginning and He is soon to become a household name. In order to keep up with Vynni, you can follow his Instagram page at Quaran Ahmad.