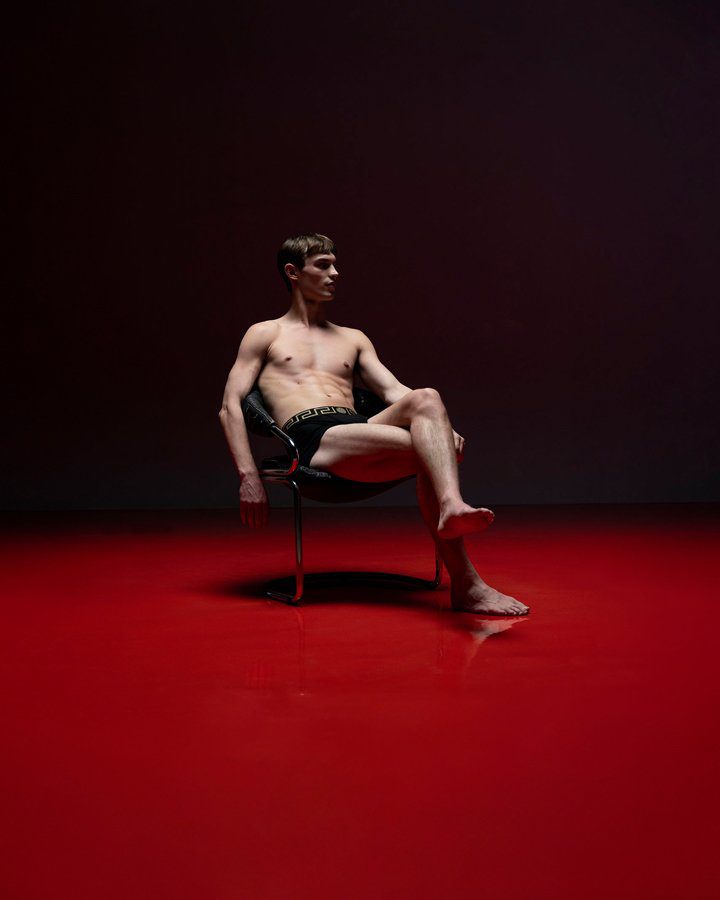 Versace has unveiled its fall-winter 2022 men’s collection designed by Donatella Versace, who has been the Artistic Director since 1997. The collection is described as proposing a “modern opulence rooted in the reality of now.”

Launching the “new chapter” — Versace Men’s 2.0 — represents a step forward, one that is not “focusing on the singular but on multiplicity, progression, and diversity,” Donatella continues, “exactly what I see valued by the new generation and the way they express their masculinity in so many refreshing ways. This collection embraces that by looking not at the Versace Man but to the Versace Men.”

The collection is complete with fluid lines, adaptable designs, and clean forms. The designs are “sensitive and intimate to the individual, while likewise proudly calling out to a plurality of Versace Men in celebration of who they truly are.”

The collection looks to Gianni’s tailored silhouette in the ‘90s. It’s a compilation of high-waisted palazzo pants, unstructured blazers and formal greatcoats. Bright cerise, pink, and orange highlight the pieces, with ornate heritage prints honed. It includes the New Column boots with Baroque rubber-injection and the Odissea sneaker — which “acts as a confident exclamation point at the foot of an outfit.” There are bombers and leather bikers with La Greca monogram in fresh versions.

“Brand codes are synthesized to their fundamentals. Versace’s heritage of suiting is seen anew in soft unstructured finished which allow for ease of movement and create a fluid silhouette. Typically sartorial pinstripe and checks have a painterly finish, as if hazily drawn in pastel or watercolor across voluminous suit pants and unlined jackets. Wool jacquard knitwear and formal coats reimagined in brushed wool, cashmere, and silk blends revel in hand-feel.” – Versace

Gianni Versace popularized menswear with cinched-in looks and saw men as sex objects — something that other brands didn’t do at the time. Versace became synonymous with sexy luxury wear in the 90s and this collection lives up to that by mixing glamor and sex appeal. The foundations of the brand and of this collection are strong as a new chapter begins for Versace after three years of co-ed shows.