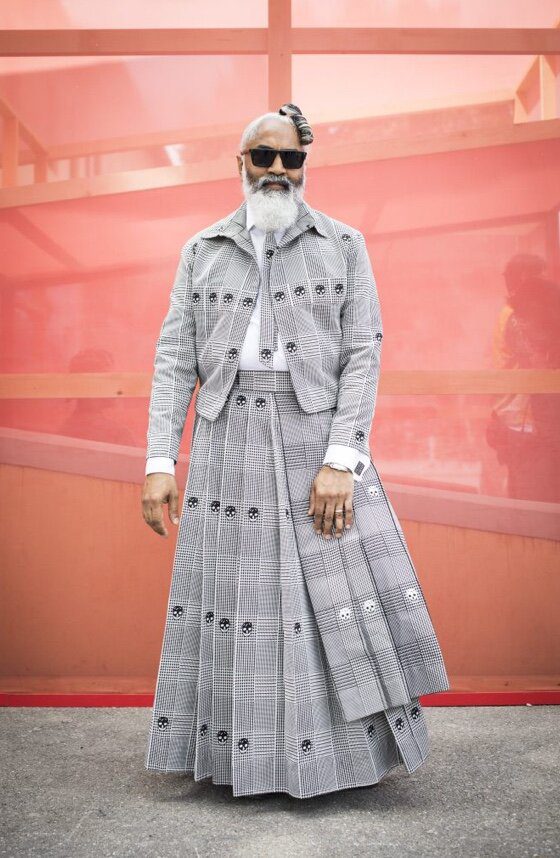 Fashion Fashion Week Up and Coming

New York City designer Terry Singh is reshaping how the world views masculinity. Through freedom, luxury, and peace, Signh desires to diminish society’s utopia on how a man should look and feel.

After a trip to India, Singh has reached the realization that tranquility regardless of the rules around you is the best way to achieve your high self. This trip was so life-changing that it inspired the designer to recreate this liberated feeling all through a skirt.

“I was inspired by the freedom of wearing a dhoti because it flows and it also kind of took me to that space,” said Singh.

On this trip, he learned the purpose of living life through his own eyes in terms of what it meant to be a man playing by your own rules. Once he returned to New York City, it opened new perspectives for the designer as he embarked on a mission of reclaiming his masculine agency.

He did this simply by continuing to rock his dhoti. His hope is to shift the culture by incorporating Indian culture into a new space. According to Singh, the dhoti is a symbol of his transformative experience and how we come into ourselves over time.

The dhoti is a garment typically worn by Hindu men. The motivation behind his latest collection presented at Fashion Week took a refined yet elegant approach. He worked with the best clothes from Paris and Italy.

While designing, Singh always makes sure to keep some masculinity in the piece. However, he constructs it in a way that is evolutionary so that the viewer can capture the uncomfortable versatility.

Terry Singh is a free man living his best life looks like during times where conformity is the new norm.