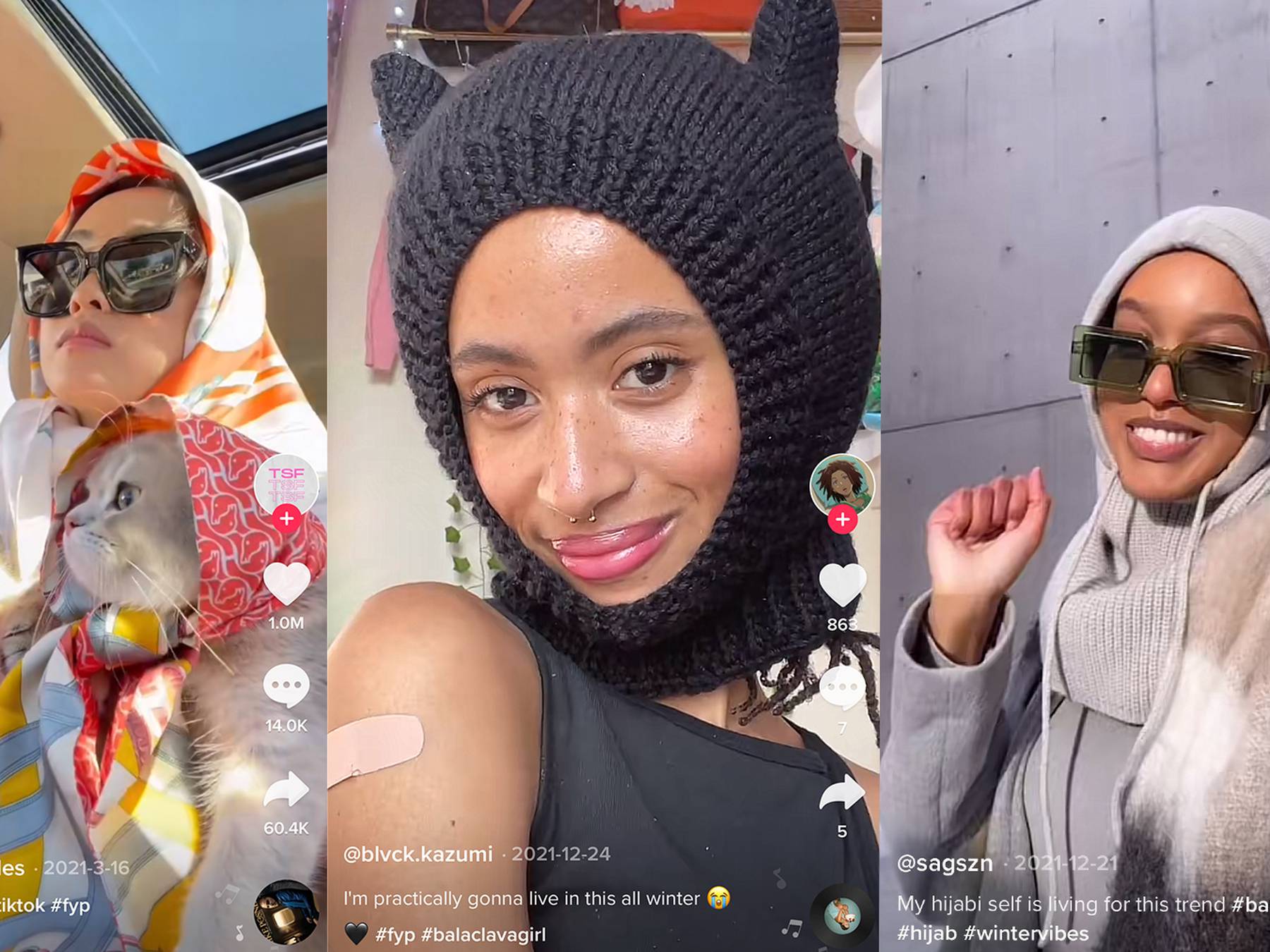 With the frigid temperatures of winter reigning strong, people are turning to anyone for advice on how to keep warm. On TikTok, where many get fashion inspiration nowadays, a recent trend around balaclavas as a winter fashion staple has circulated. The Babushka-inspired scarves and other headwear have become more popular in mainstream fashion, however, this trend has also stirred up concerns within the Muslim community.

TikTok is responsible for many fashion trends over the past few years. A couple to note are the rise in Y2K fashion, revival of Ugg boots and yoga pants, as well as layering and upcycling thrift finds. With the new year and winter weather, the newest trend reigned promising. Many influencers and fashion and lifestyle accounts were boasting their new head coverings and balaclavas, popularly knitted or handmade.

A balaclava is similar to a ski mask that covers both the head and neck, exposing just the parts of the face. The fashion piece is wool, which is another reason that it gained so much traction on TikTok as knitting and crocheting have become a trending hobby for many post-quarantine in 2020. In addition to the hundreds of thousands of posts under the hashtag #balaclava, it is believed that Kim Kardashian’s full-body ensemble at the Met Gala last September was another catalyst for the new fashion craze. The celebrity status of Kim Kardashian brought a level of luxury and glamour to the otherwise more tamed trend. Major designers such as Prada and Stella McCartney have also released balaclava-inspired head coverings.

The balaclava originates from a Ukrainian port town where British troops wore knitted headgear to keep warm during the 1854 Crimean War. In Eastern Europe, face and head coverings are symbolic and protective for demonstrators to avoid identification. The balaclava conveys a “threatening” look of hiding or sneaking, when used to instil uncertainty in their enemy.

Despite the practical uses of the balaclava, many posts on TikTok have faced backlash and accusations of cultural appropriation. Controvery surrounds the idea that white influencers do not fear racial profiling when wearing similar head coverings. In TikTok comments, conversations errupt centered around the Muslim community and appropriateness of the trend. There is concern expressed about turning symbols of fear and control into merely popular fashion accessories.

The trend fits with the pandemic as people are more used to covering parts of their face. Practical items especially in the winter are more likely to stick around. Insensitivity and lightheartedness towards Muslims and their tradition should be taken seriously. Especially when discussing cultural approriation and the balaclavas..