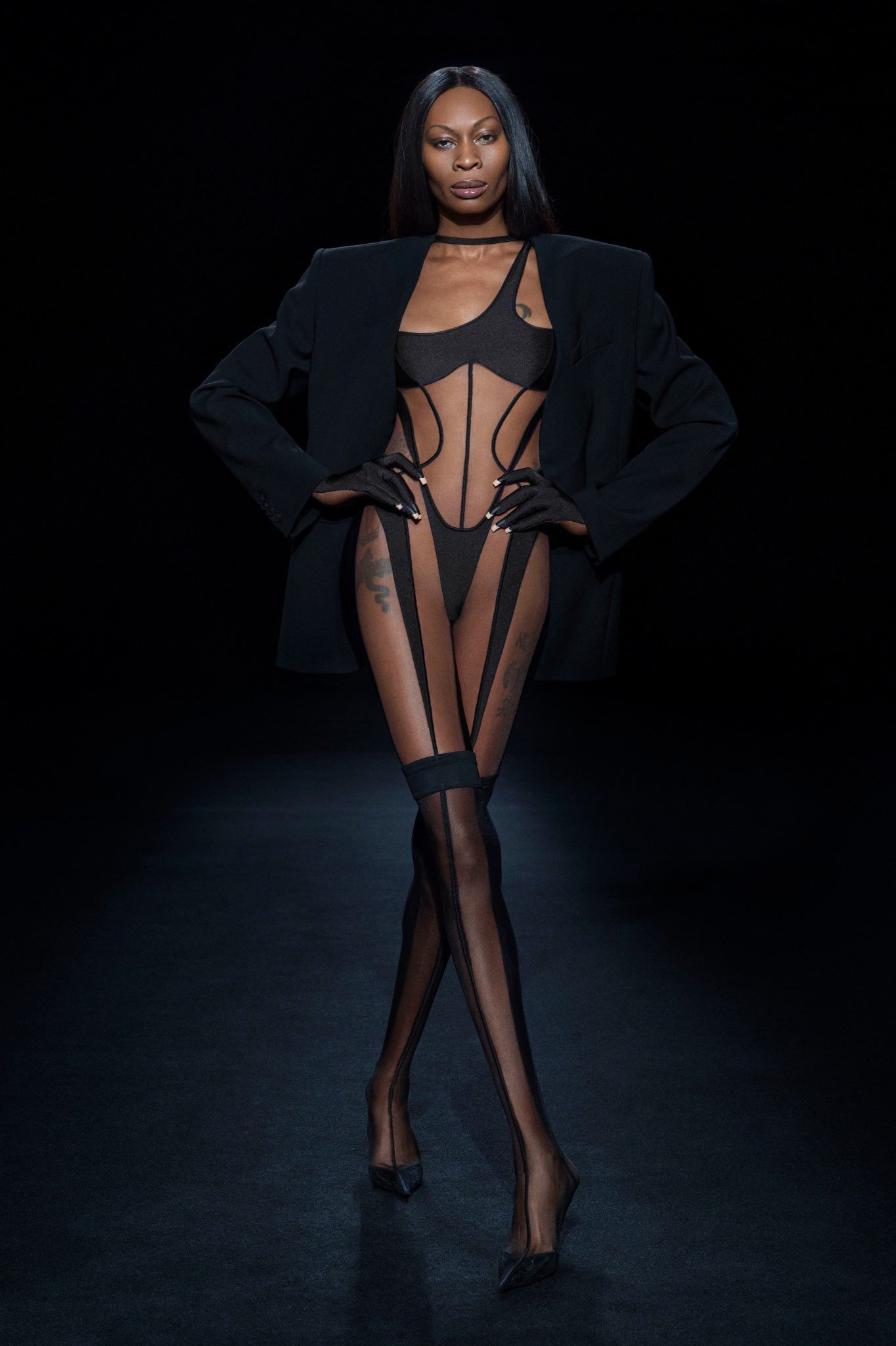 March 2021 ended its last day with a fresh and zestful digital fashion show produced by Mugler. The French fashion house released its second part of its film project for the Summer and Spring collection. The production was a video of 6.5 minutes featuring an energetic fashion walk with major talents like Bella Hadid, Dominique Jackson, and Hunter Schafer.

Creative director Casey Cadwallader selected a curated cast for this show, aired on International Transgender Day of Visibility (March 31st). In fact, the stars that were particularly praised in this production were Tobagonian dancer and actress Dominique Jackson and Euphoria celebrity Hunter Schafer. 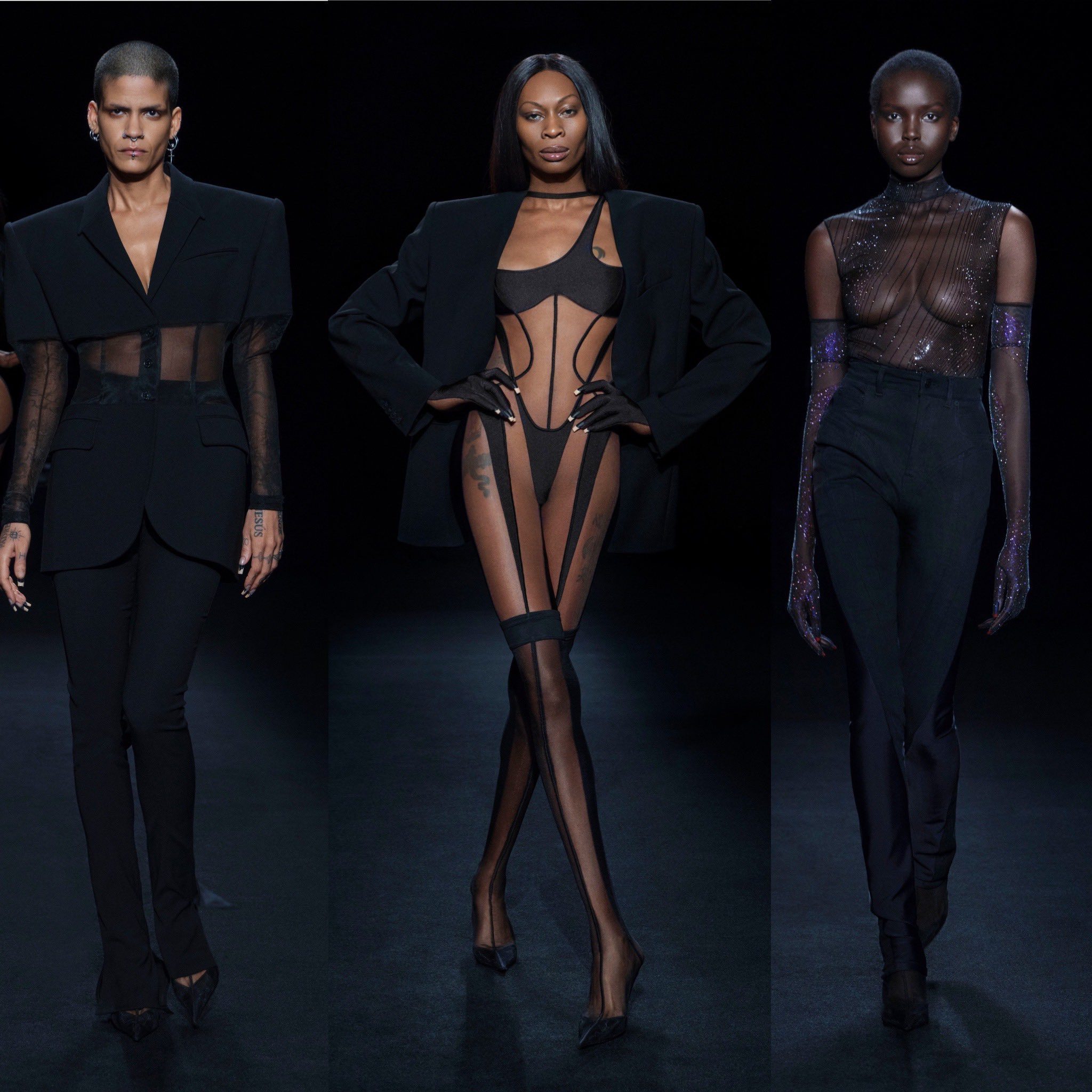 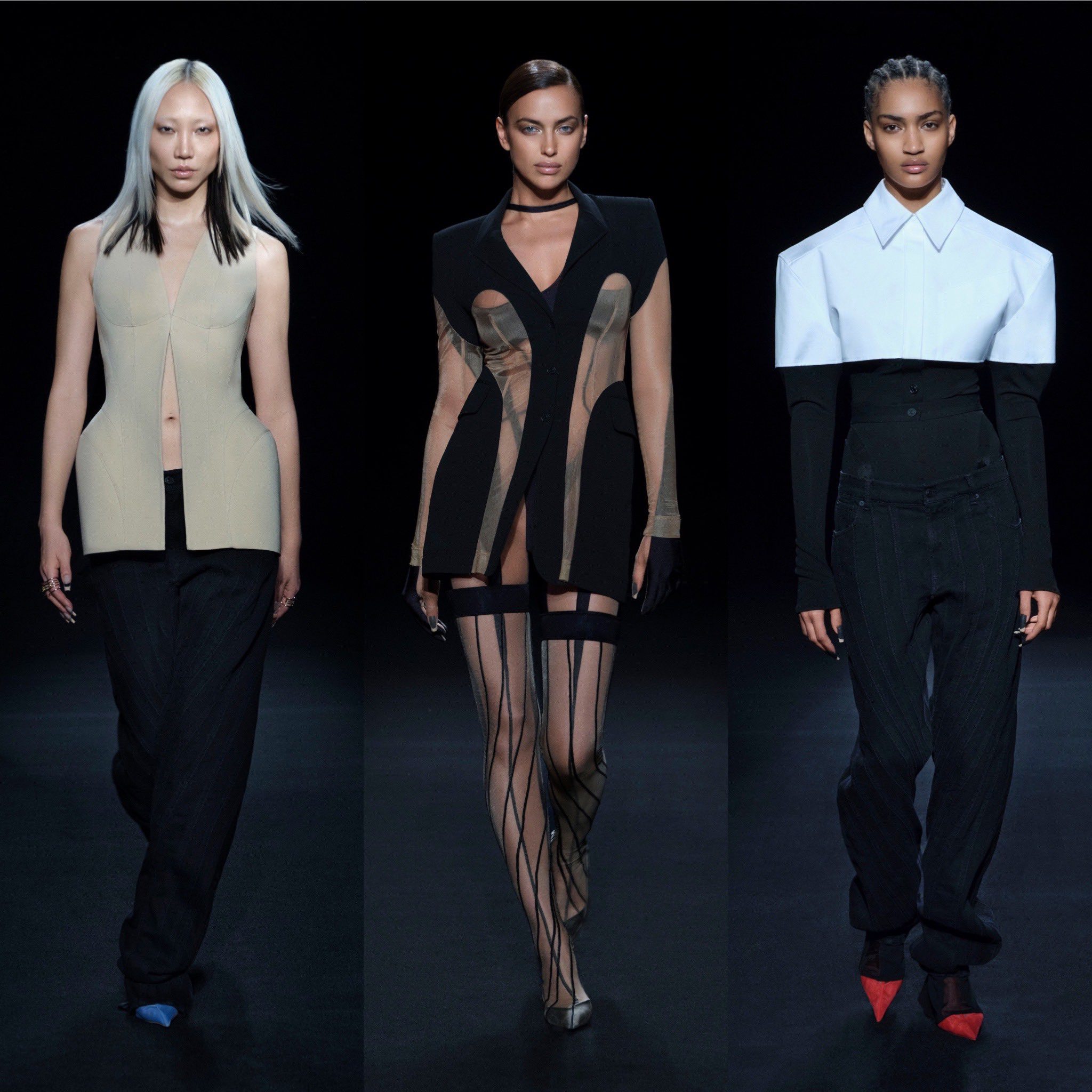 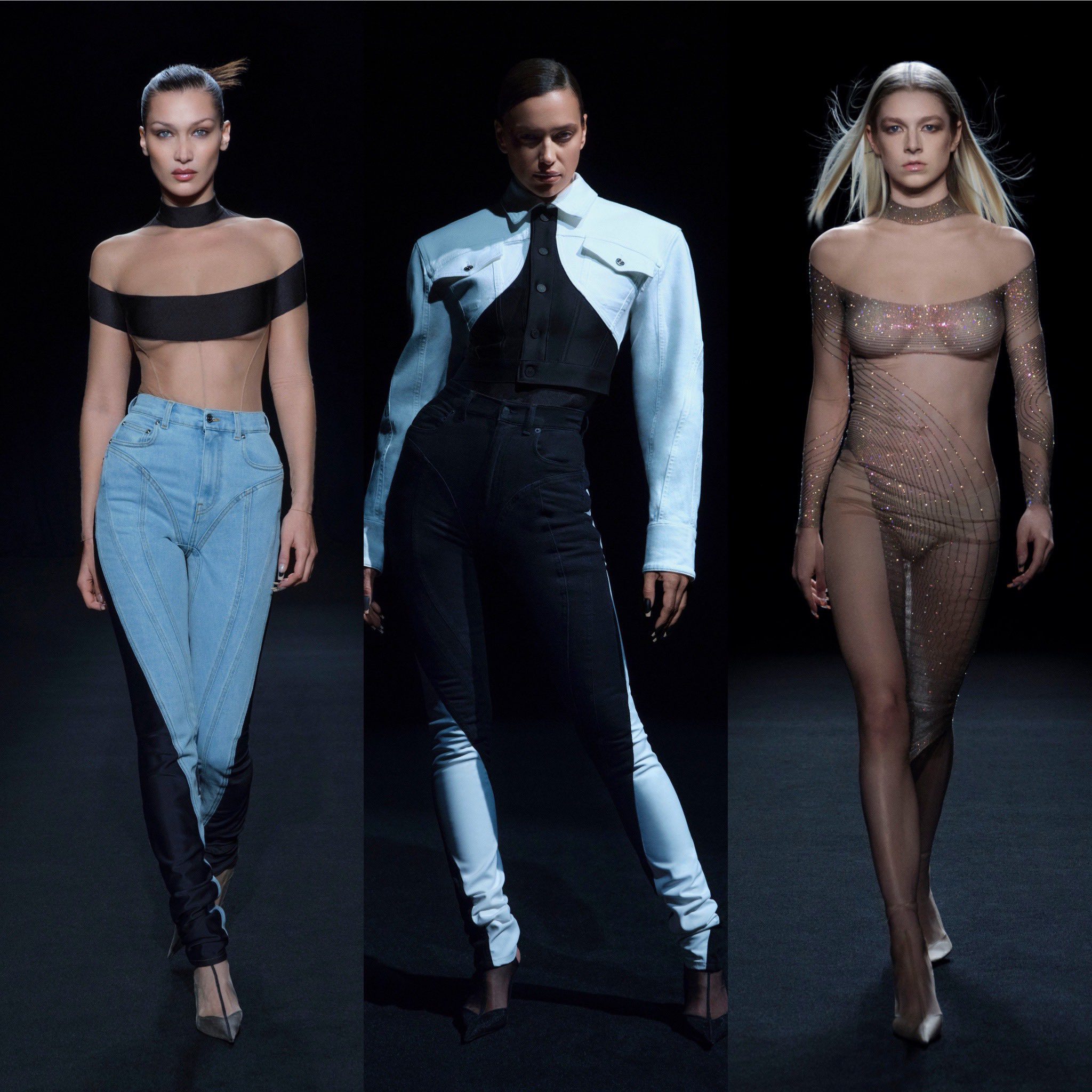 The show itself delivered an electric vibe throughout the pieces and the performances given by the models. Walks weren’t the only acts done in the show. Elements from animation and digital editing made the whole experience much more intriguing and visually appealing to follow, compared to Part 1. This second part of the film project was able to show off the real essence of Mugler and a message of not only inclusivity, but also of appreciation towards the female body, curves, and shapes. Bold colors and deep dark atmospheres were present on the screen with black, white, sky blue, acid yellow, vermillion, and cherry red. What stood out from the screen was also the trompe l’oeil factor, where between the models and the pieces themselves there were optical illusions and effects able to distort and enhance the performance of the single walk, model, and moment of the show itself. 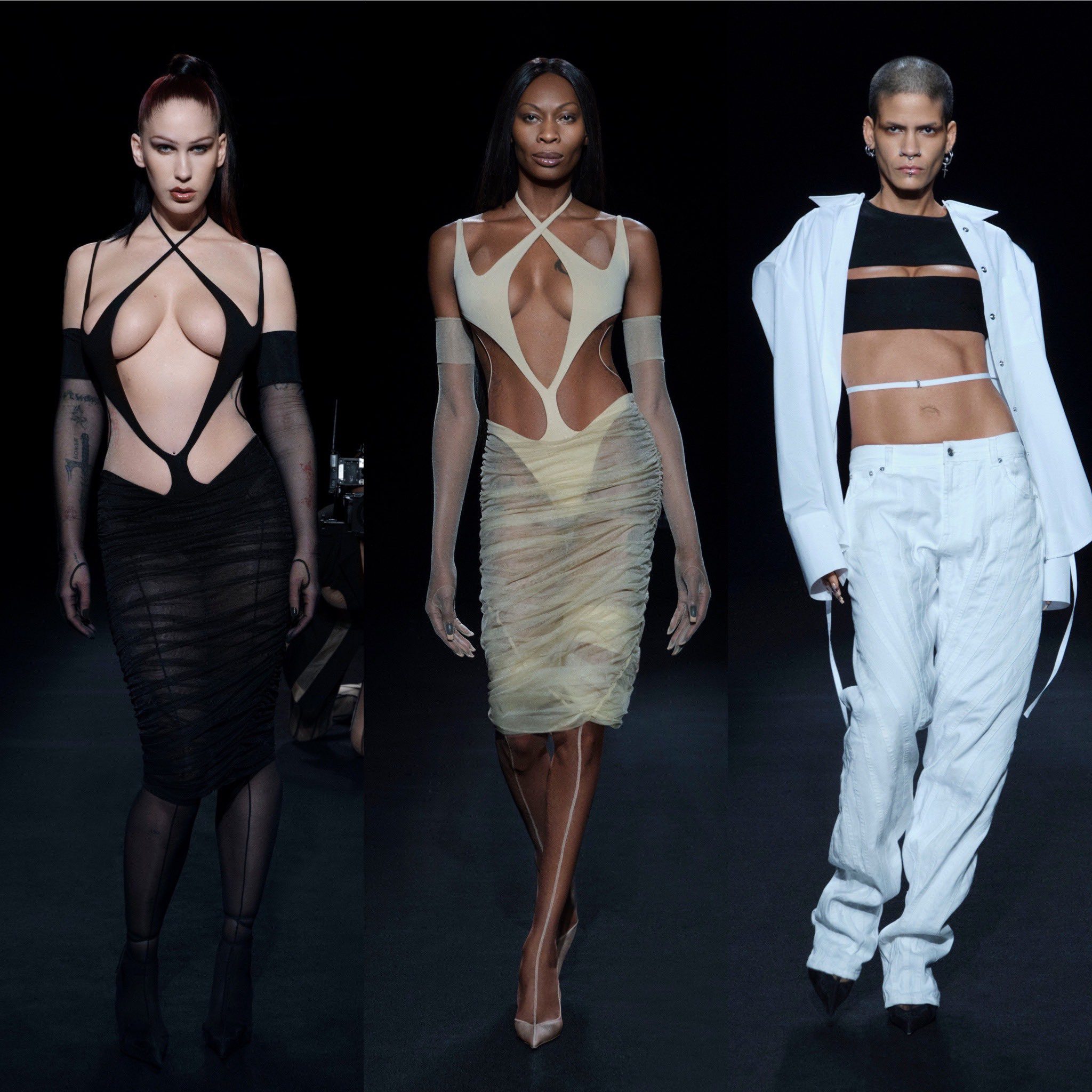 Keywords of the show are precision and flexibility. Boxy and slender jackets, fit denim trousers,  and controlled draped skirts with abundant tulle are just a few of the garments that give structure and enhance the physicality of the human bodies displayed. Mugler played with this concept and reached its goals in a clear and solid manner. 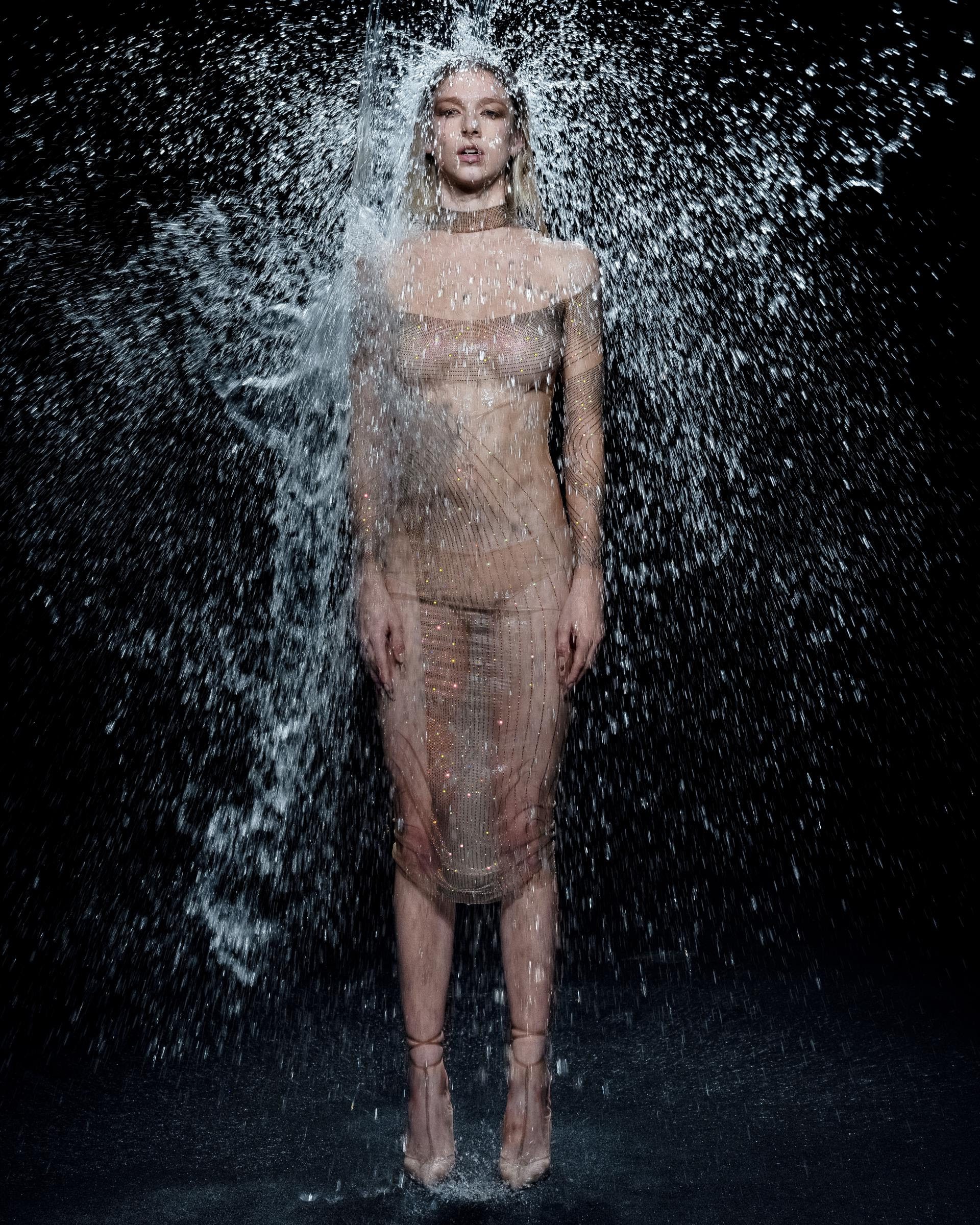 With this approach, the brand is trying to reset its calendar in order to present the collections and the merchandise to retail partners in two different settings and times of the year.

The show was directed by TORSO in Long Island City, New York. Along with the pre-existing Spring/Summer collection showcased in October 2020, the newest collection is available to shop on FASHION.MUGLER.COM and
in stores worldwide.