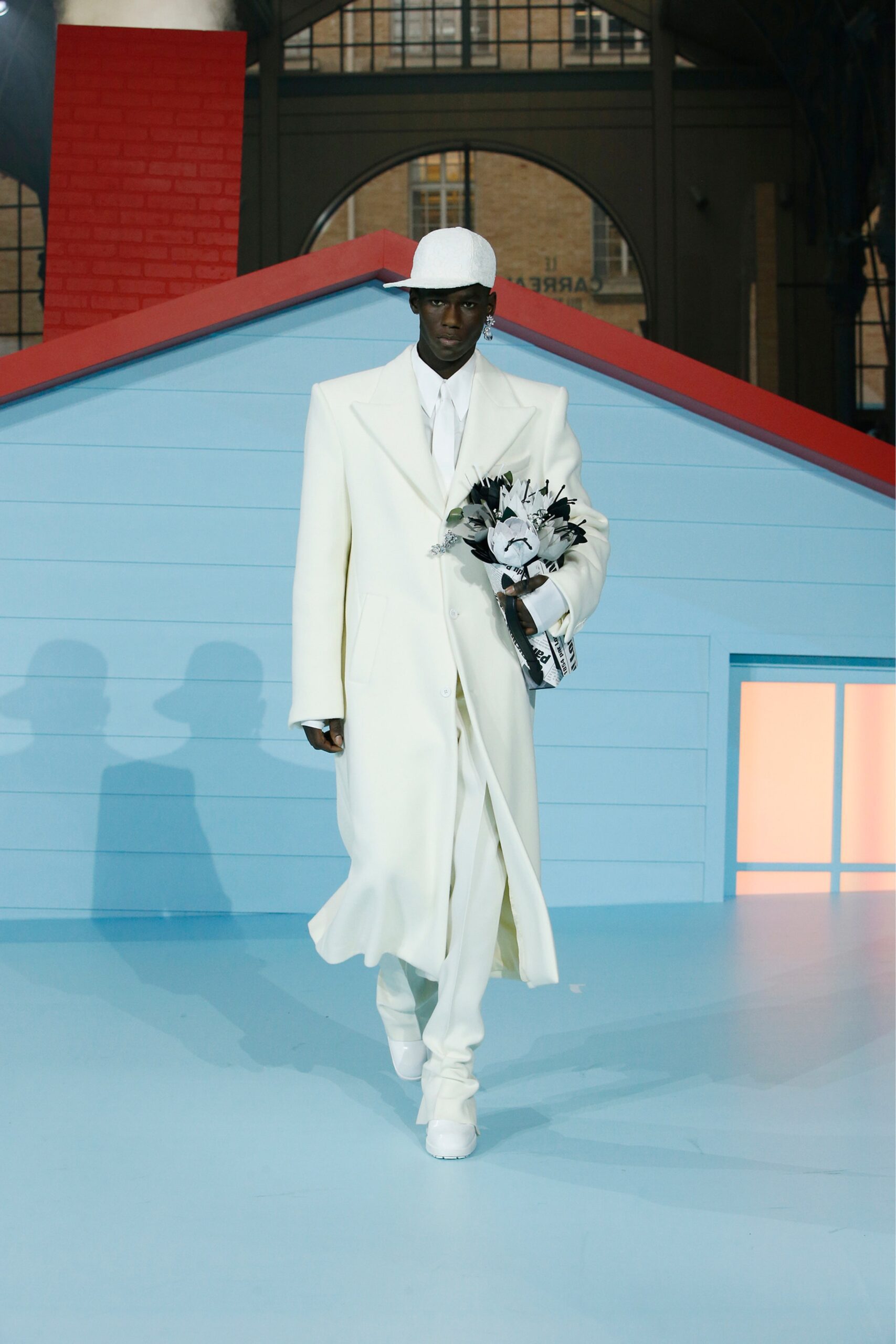 Virgil Abloh was a highly influential designer in the fashion industry. He was the artistic director for Louis Vuitton and the founder of the Off-White brand. Unfortunately, Abloh died at the age of 41 in November due to cancer.

The collection presented in Paris was named Louis Dreamhouse with the runway including seemingly upended elements of a house to create a “Dreamhouse” concept. The collection was showcased on 20 dancers and 67 models and provoked lots of emotion for audiences. The designer was heavily gifted in creative conception, mastering the art of forging communities and emotions from art. The illusion of a Grim Reaper was a stand-out detail from the show as a man designing his final collection from above. Many other pieces in the collection were shaped as items to represent life and death; flowers and wings.

In preparation for his final collection, the designer stated that “I don’t believe in gender, I believe in design,” which was evident in the masterpieces presented in Paris. In a press statement by Louis Vuitton around the collection, Abloh explained that his aim was to “celebrate the idea of commercialism rather than deny it the way fashion tends to.” Also in the press statement, it was revealed that the collection was fully completed and photographed before his recent passing.

Abloh was widely inspirational and influential in the fashion world in his ability to push, and erase, boundaries through design. Featured looks in this collection include a tapestried topcoat and tapestried parka which were reproduced The Melancholia of Departure by De Chirico, a piece that was created multiple times. Featuring this and the other pieces in his collection, Abloh created an illustrative concept of ‘maintainamorphosis’ for his legacy show, defining his art as “the principle that ‘old’ ideas should be invigorated and presented with the ‘new’.”

The show finished with members of his crew and the models emerging from the runway. Instead of the designer taking a bow after the collection was shown, the team came out as a group eliciting a standing ovation from the audience. It was a great celebration for a remarkable designer.