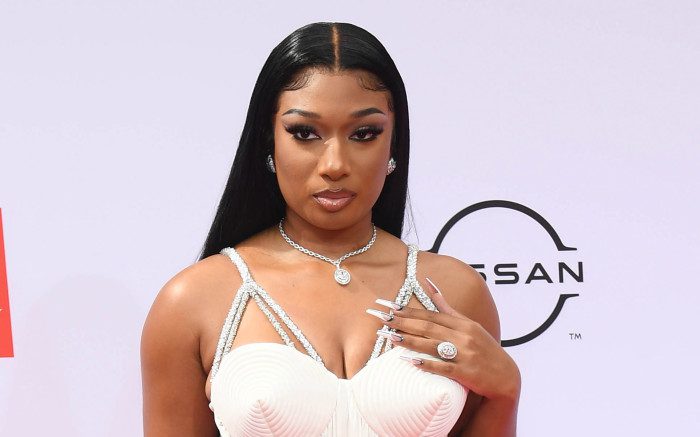 After an intense year 2020 has been, the BET Awards made its ultimate comeback for a live in person ceremony. What we missed most about award shows is of course: the fashion! Many people tune into these live ceremonies to witness what their favorite celebrities are wearing. Whether it is a long dress, short dress, jumpsuit, tuxedo – there are endless fashion choices to choose from. The BET Awards honor and recognize the African American community’s accomplishments. From music, movies, sports and many other industries. Many celebrities went all out to show off their iconic fashion looks for the BET Awards 2021 ceremony, both on the red carpet and on stage. 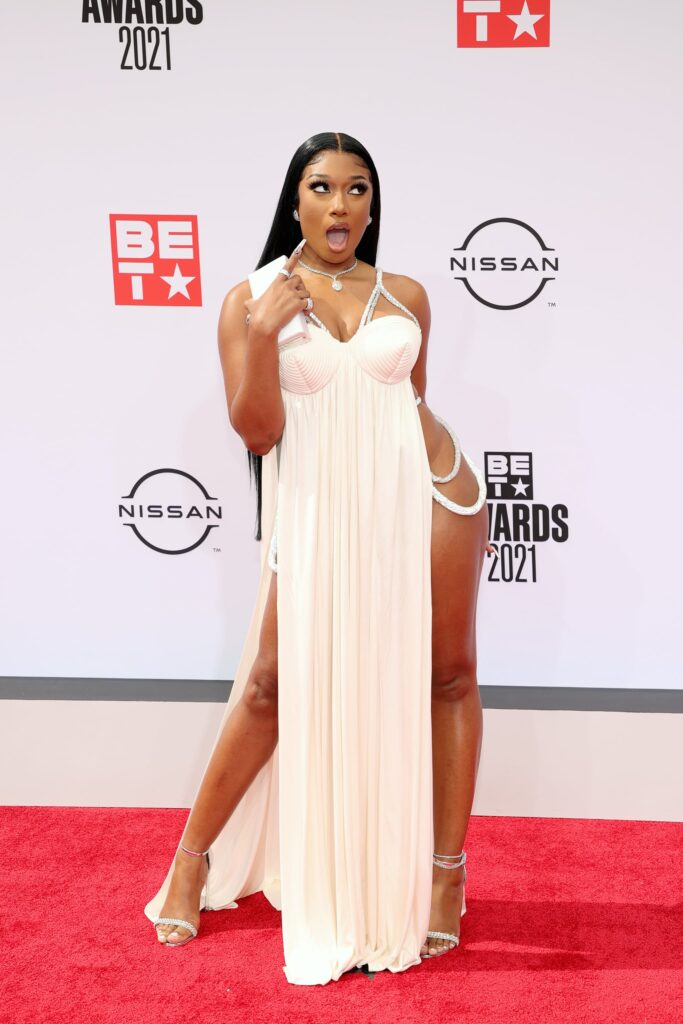 To kick off the iconic BET Awards 2021 fashion is American rapper and songwriter, Megan Thee Stallion. Megan wore a long dress that reached her heels with two slits made at the sides of her body. This cream colored dress, designed by French designer Jean Paul Gaultier, has glitter-like straps hanging along her hips and at her shoulders. For the bust, a cone shaped bra rests on her body.  Her shoes create a nice accent to the straps formed on her dress. 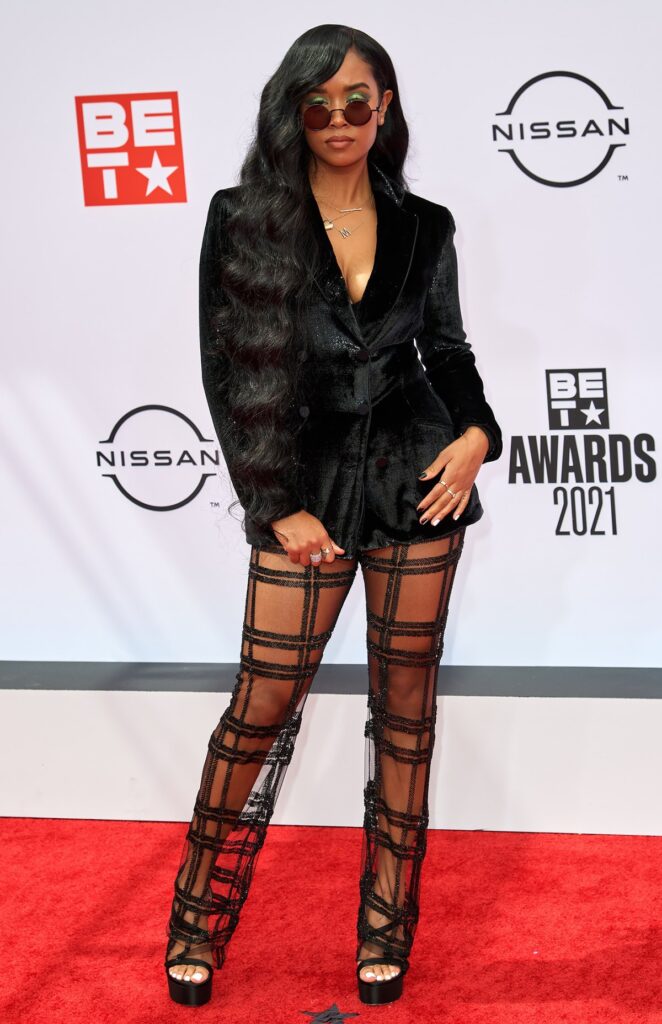 The American singer and songwriter, H.E.R. kept it sweet and simple for her outfit. However, she still managed to give it a classy touch to it. Her bottoms are made out of a mesh see through material. To top it off, H.E.R. styled it with a sequin blazer which created a V-neck style. She wore black heels and as a final touch, her iconic round sunglasses rested on her face. The entire outfit was designed by Giorgio Armani. 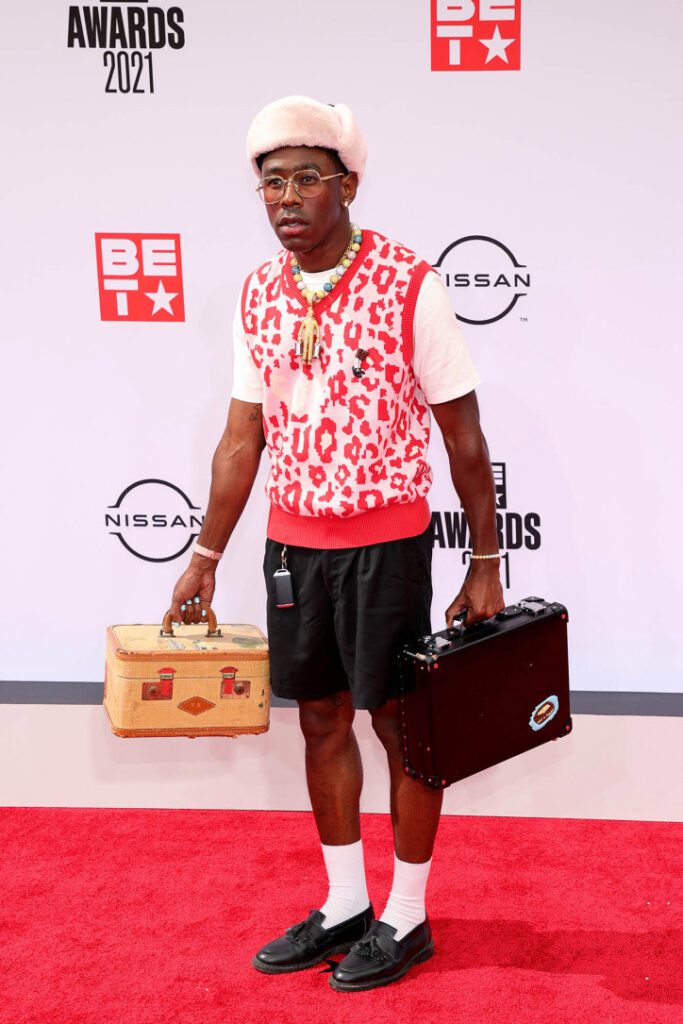 The American rapper and musician, Tyler, the Creator, caught the eye of many speculators. Although Tyler kept it casual, he had the world talking about this outfit. He wore a simple plain white shirt with a cheetah print patterned vest over it. His bottoms were simple solid black shorts.  There is also several jewelry pieces Tyler is wearing. He is wearing a fuzzy winter style like hat with a beaded bracelet and necklace. His shoes are black colored styled with white socks that are resting on his calves. As a fun accessory, he included two small handheld luggages. 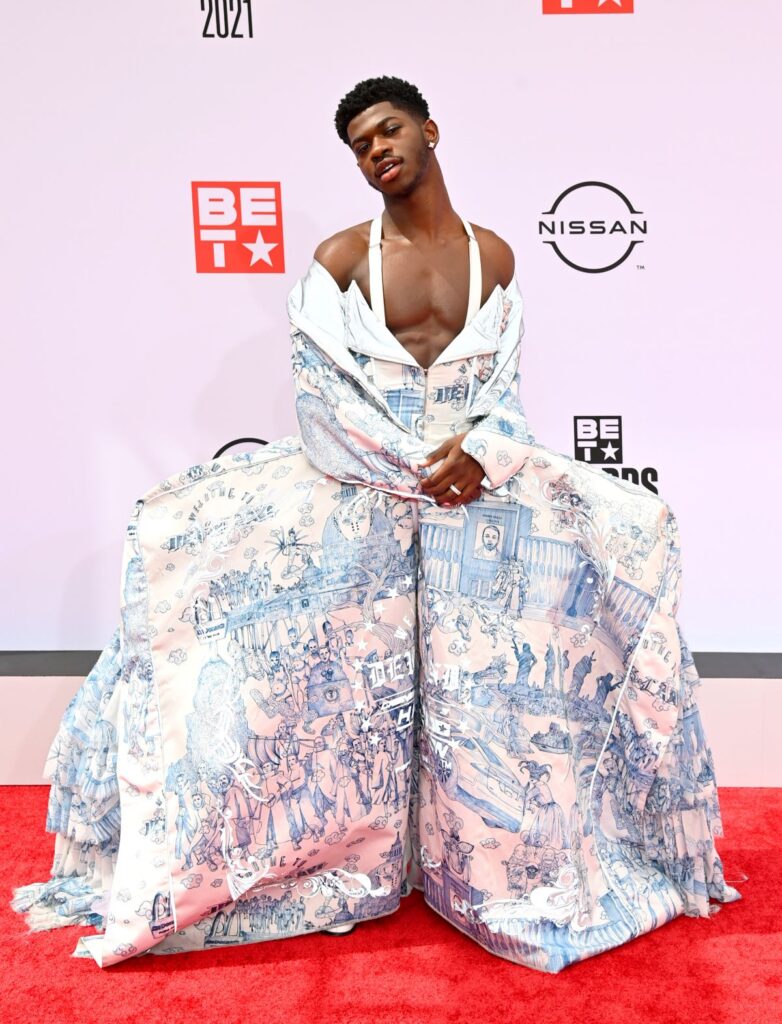 This is one of the many outfits Lil Nas X wore to the BET Awards. This look can be considered one of his most memorable ones of the night. This gown was designed by the Italian designer, Andrea Grossi. The most noticeable, eye catching part of the gown is the huge skirt that dragged along the carpet. The skirt features several detailed religious themed elements. The gown also has long sleeves that fall off the singer’s shoulders. There are also white straps around his neck and a wide opening showing off his chest area. 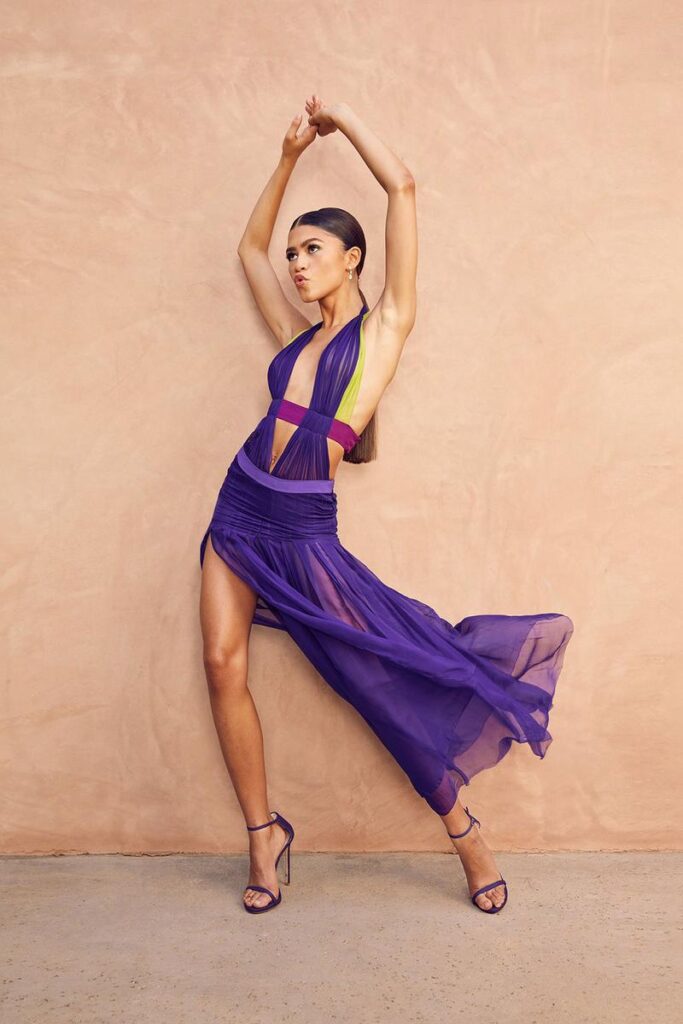 Talk about an iconic look! The American singer and actress, Zendaya, had many swooning and feeling nostalgic about her BET Awards look. You may or may not remember, but this look has been worn before on Beyoncé. Queen Bey herself wore this look in a BET Awards show long ago for her “Crazy In Love” performance. This dress was designed by Versace for their Spring/Summer collection in the year of 2003. There is a slight difference between Beyoncé and Zendaya’s dress, however. Beyoncé wore the mini version of the dress while Zendaya wore a longer version of the dress. This dress is purple made out of light mesh material with darker purple and light green colored straps covering the performer’s body. 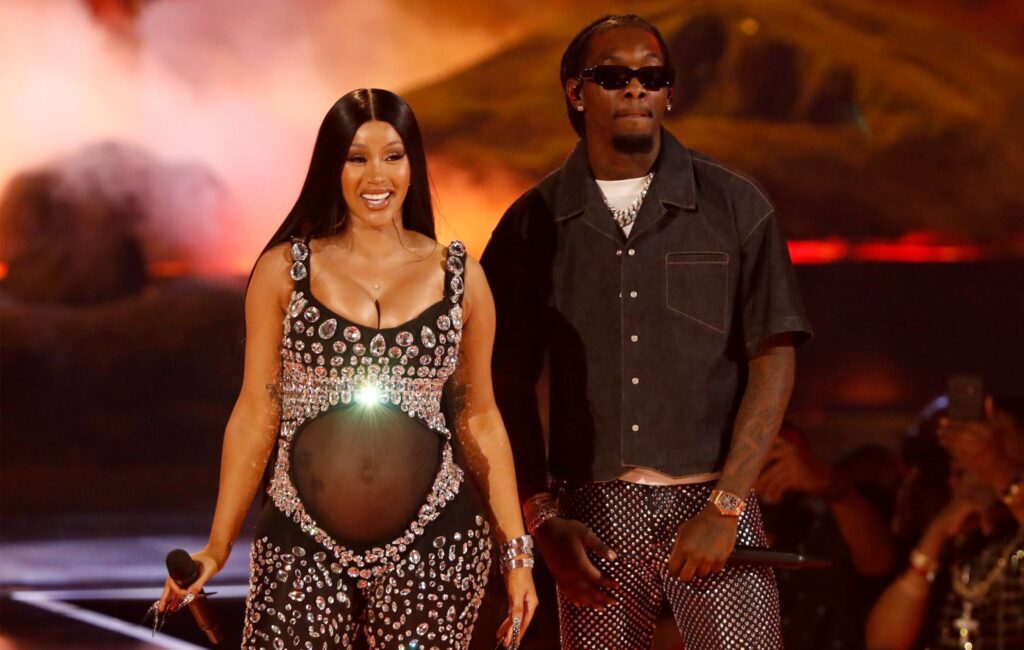 Image Source: Cardi B alongside her partner, Offset (BET)

Not only was it one of BET Awards’ iconic moments, but also an iconic fashion moment. Here is American rapper, Cardi B, posing alongside her partner, Offset. Cardi B’s baby bump is clearly showing and her outfit really enhances her stomach. She is wearing a jumpsuit designed by Dolce & Gabbana. This jumpsuit is covered with beautiful gems planted all over. Also, there is a mesh piece exposing her abdomen, tying the look all together.