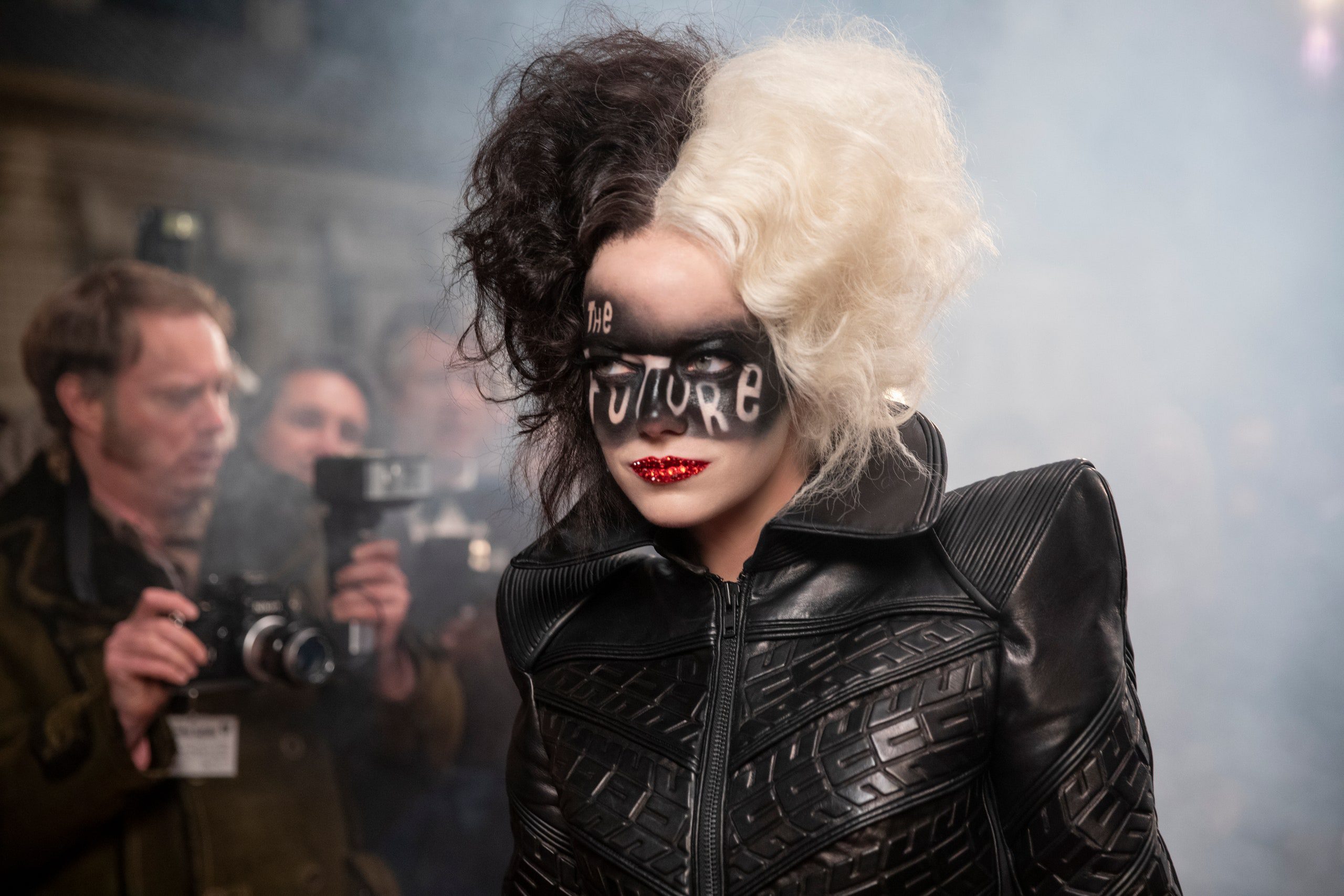 Disney’s blockbuster smash hit Cruella debuted on May 28, both in theaters and on Disney+. Grossing over $21 million in the opening weekend alone and over $71 million so far in the domestic box office, the notorious puppy skinner’s origin story soared as one of Disney’s most popular live-action remakes.

London’s 1970’s punk rock revolution sets the stage for Estella, a devilishly clever and uniquely creative young girl with a dream to make it big in the London fashion world. Her antics and skill catch the eye of the terrifying but brilliant Baroness von Hellman (Emma Thompson), Estella’s idol and a fashion legend. Their relationship quickly develops, setting into motion a series of events that cause Estella to embrace her wicked, revenge-fueled alter-ego, Cruella, that we all know and love to hate.

With a 97% audience score on Rotten Tomatoes, Cruella is already one of Disney’s most popular live-action retellings. Audiences and experts are expecting award nominations for the soundtrack, costume design, and acting. With so much success right out of the gate, Disney was quick to announce that the sequel, Cruella 2, is already in the works.

WHO WILL BE IN THE CAST?

Director Craig Gillespie is expected to return with screenwriter Tony McNamara, along with Emma Stone as the fan-favorite villainess. Although not confirmed, audiences are expected to see more of Paul Walter Hauser and Joel Fry as Horace and Jasper, Cruella’s treasured henchmen. Kirby Howell-Baptiste and Kayvan Novak are also expected to return as Anita and Roger, given the mid-credit sequence that seemed to set up the sequel in which the two were gifted Dalmatian puppies (“Pongo” and “Perdita” of the original 101 Dalmatians) by Ms. De Vil. Emma Thompson’s role as the Baroness von Hellman is somewhat questionable for a sequel given the events of the original film, but a performance as outstanding as hers has fans itching for more.

WHAT WILL BE THE PLOT?

The film ends at somewhat of a turning point in Cruella’s evolution. With Disney’s pattern of live-action reimagining, it might be safe to say that Cruella 2 will include the events of 101 Dalmatians retold from Cruella’s raucous and precocious point of view. Cruella ended the first film a much more devious and ruthless person than she began, but she has not yet reached her anticipated peak of pure evil. A sequel would be expected to perpetuate her villain trajectory—to masterfully build her character into the nefarious and malevolent fashionista that we recognize from 101 Dalmatians.

WHEN WILL IT BE RELEASED?

It is far too early to have any release date set in stone for Cruella 2. After all, the first film is still in theaters. With the time it takes to write, film, and edit a work of art as impressive as the first, it would be surprising if the film debuts before 2023 at the earliest. However, Disney has made it clear they are very eager to get moving on production and want the sequel out as early as possible.

According to IMDb, Emma Stone is currently involved in two other projects in pre-production, including The Curse, a genre-bending scripted comedy created by the ever-talented Nathan Fielder, so her schedule may be a bit overpacked to begin filming Cruella 2 any time soon. However, she has made it clear how much she enjoyed playing the tyrannical trend-setter, so it is likely that she will be able to come to an agreement with Disney.