Trae Young: Emerging as a Superstar 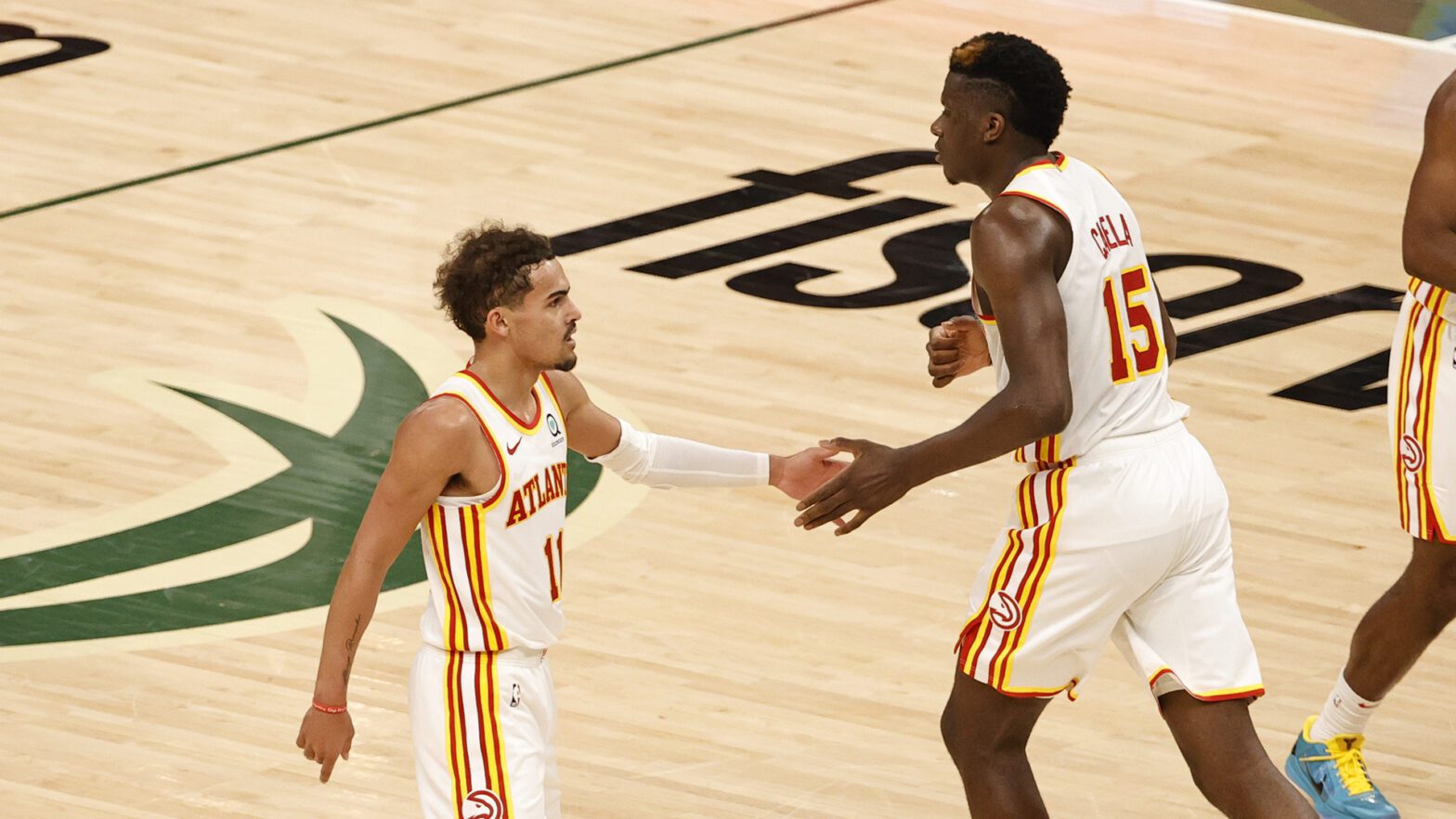 Trae Young: Emerging as a Superstar

Trae Young and Clint Capela after a made basket, captured by Kamil Krzaczynski.

NEW YORK, NY_. The title of superstar is not one that is handed out very often. A superstar is a player that against all odds can put a team on his back and carry them to win games. Players like Steph Curry, Lebron James, Kevin Durant, and more are all players who deem worthy of this title. Now we are experiencing the development of a brand new superstar: Trae Young.

Trae Young, only 22 years, has showcased his leadership and natural ability to win games. Young has brought an unexpected Atlanta Hawks team to the Eastern Conference Finals, and they’re currently fighting for a spot in the 2021 NBA finals.  Young is averaging nearly 30 points and 10 assists throughout the playoffs.

Trae joined elite company as only the second player to ever average 29 points per game and 10 assists per game in their first ten career playoff games, according to ESPN. He joins Hall of Fame guard Oscar Robertson as the only other player to accomplish this.

With a young core and a superstar in the making, NBA fans can expect Young and the Hawks to be at the top of the Eastern Conference for years to come.

Trae Young was ruled out for game four against the Milwaukee Bucks Tuesday night. With Young out, and an injury to former two-time MVP Giannis Antetokounmpo, the Atlanta Hawks defeated the Bucks to even the series 2-2.  The two teams will look to a 3-2 lead in the series on Thursday night.