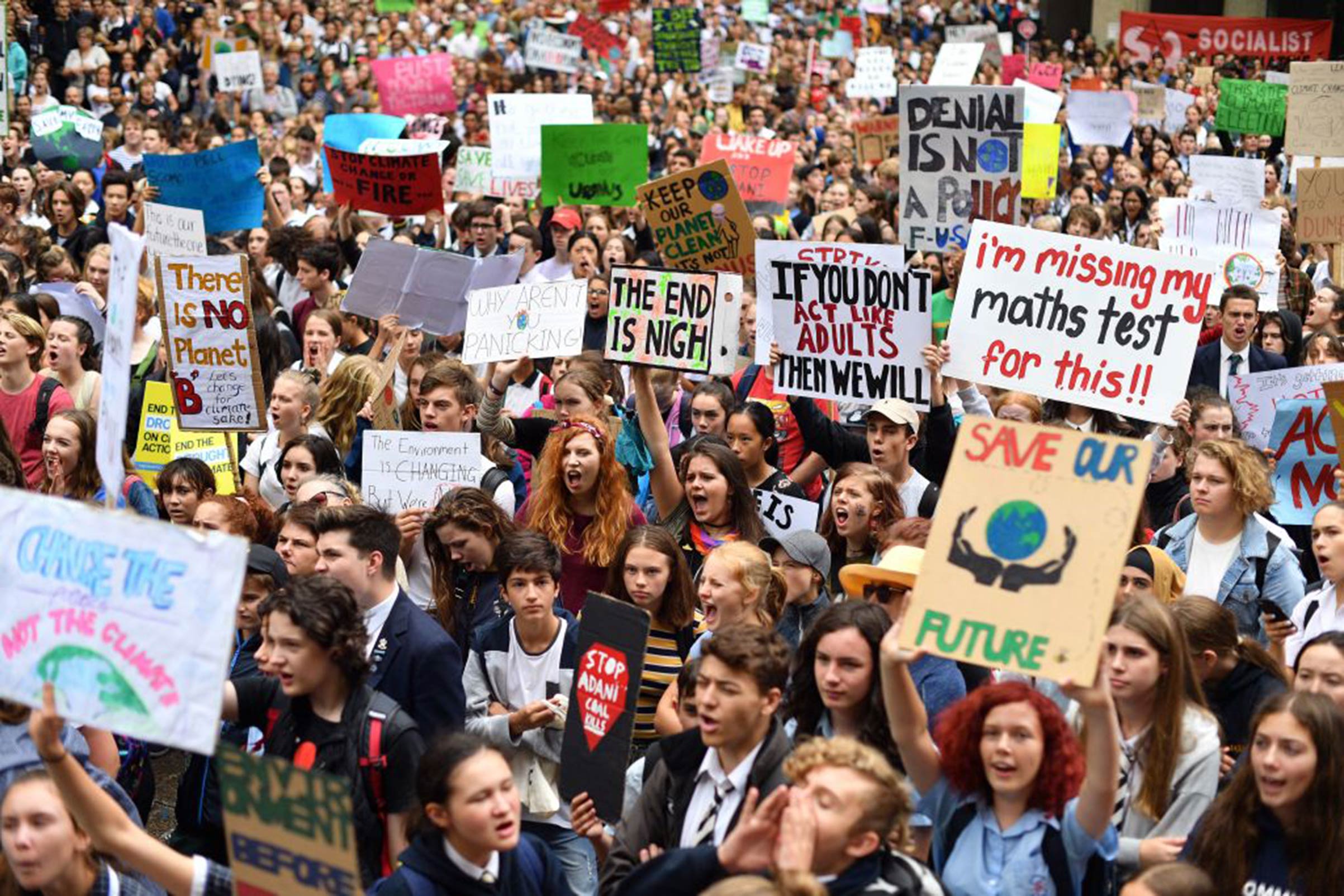 Marketing research has shown that most young consumers care about sustainability and are avid second-hand shoppers, with thrifting popular among the age group. Wearing ‘one-of-a-kind’ clothing is the goal and according to a 2020 data report by Lyst, there has been a 104% increase in online fashion searches including the term “vintage fashion,” the demand for vintage bags has grown by 31%, interest in secondhand shoes has gone up by 29%, and the most desired brand is Chanel, which has seen a 67% increase in searches since September 2020.

In a 2020 survey done by Vogue Business, over 50% of 105 Gen Zs reported buying “most of their clothes” from fast fashion retailers despite hearing about unsafe working conditions. The fashion industry is responsible for almost $3 trillion a year, however workers earn pay that puts them below the poverty line. Additionally, they endure long hours, forced overtime, unsafe working conditions, repression of trade union rights, and sexual, physical, and verbal abuse in an industry that is built on elitism and exploitation.

Zara, credited as having the first fast-fashion business model, has a five-week turnaround from design to retail. Misguided, Fashion Nova, and Boohoo have a 3 week turnaround. Shein? Three days. Coresight Research reports that Shein is using “a real-time retail model, competitive pricing, and aggressive social media strategies” that have been successful as 22% of Gen Z has purchased from Shein in the past 12 months. Its valuation is now set to surpass $100 billion.

So, where is this missing link between the recognition for the need for sustainability and then the willingness to actually put that desire into practice and change shopping behaviors?

Researchers Nikolas Ronholt and Malthe Overgaard published a study titled “The Fast Fashion Paradox,” in which this is explained. In this study, consumers between the ages of 22 and 25 were surveyed, including one-on-one interviews that seeked to understand why study participants were shopping from fast fashion suppliers despite their recognition of the importance of sustainability.

In it, they argue that consumers buy impulsively and “more than ever before due to an increasing need to stay trendy combined with cheap prices offered by fashion retailers.” Hence, the fast fashion industry was born. “What intrigued us was how the consumers said they cared about sustainability, but that care did not translate into their actual purchasing behavior,” Overgaard told Vox. “There was a major gap there. It’s become trendy to label yourself as a sustainable consumer, but it’s another thing to see it reflected in your behavior.”

“When you think about how fast fashion has sped up, if you think about the popularity of social media, there’s a huge connection there. I don’t remember being encouraged to spend and buy the way that teenagers are spending and buying today, because social media didn’t exist,” author of “Consumed: the need for collective change: colonialism, climate change, and consumerism,” Aja Barber told The Guardian.  “I don’t think this system is good for anyone,” says Barber. “Not the garment workers. Not the environment. And not the person buying the clothing. This is a bad system that needs to change on all fronts.”
Greta Thunberg, one of the most recognizable activists in the world (and a member of Gen Z) spoke to Vogue Scandinavia about the issue — ”If you are buying fast fashion then you are contributing to that industry and encouraging them to expand and encouraging them to continue their harmful process. Of course I understand that for some people fashion is a big part of how they want to express themselves and their identity.”

One of the leading reasons for the desire for fast fashion comes from the low prices. “When I’m bored I end up going through them and I always end up buying something,” Mehak Akhter from Manchester, age 19, told Vogue Business. “All these brands are affordable, they also offer new discounts everyday or student discounts which make you feel better about spending.” Now, these retailers are offering pay later services such as Klarna and Afterpay, which allows young shoppers to fund their fast fashion hauls without exchanging any money. Some reference their desire to stop buying from fast fashion brands but say they can’t afford to shop anywhere else — or that it isn’t accessible.

There are those who are still advocating. Hali, 25, spoke with Refinery 29, “New sustainable clothing can be expensive but only because they’re paying their garment workers a fair wage and sourcing materials responsibly. I avoid the high street in general because no matter the price range, they will almost always be exploiting their garment workers. Fast fashion contributes to mass exploitation of workers, the majority of whom are women of colour, and as a Black woman I feel I should extend my feminism to these women. Capitalism allows for these women to go hungry while fast fashion CEOs are billionaires, and top influencers, most of whom are white women, can fund flashy lifestyles through spon-con for these companies. I try my best not to shop fast fashion but am not judgmental of people who do. More people, regardless of where they shop, should be advocating for workers all along the fashion supply chain to be given a fair wage.”

Thunberg continued on to describe the power that Gen Z holds in activism. “The more I have spent time talking to people, travelling, reading and experiencing, the more convinced I am that changes will come from the bottom up,” she says. “And when I say from the bottom I don’t mean that we — through our power as consumers make the changes that are necessary. But rather that we as democratic citizens and voters and family members, friends — that we use that power to create change and put enough pressure on people in power…If we look throughout history, the biggest [group of] people who have had the greatest impact have all been led by young people. That shows what power young people have, so I see that as hopeful.”