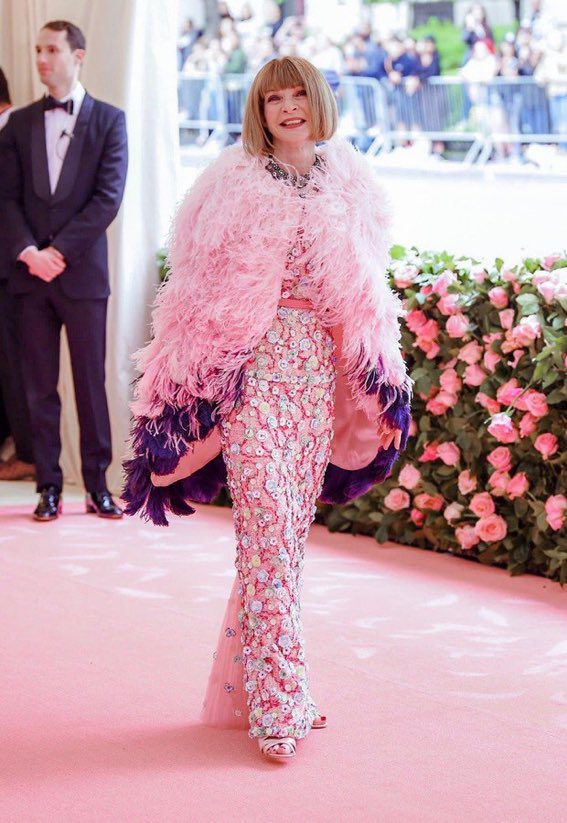 Anna Wintour is the editor-in-chief of Vogue Magazine. She has been in this position since 1988. Wintour is also the artistic director for Condé Nast, which includes Vogue, Vanity Fair, Glamour, and Brides. She was born on Sept. 3rd, 1949, in London to Charles Wintour and Eleanor Nonie Trego Baker. Her father was a journalist and her mother was a painter. Anna studied at the Holton-Arms School in Bethesda, Maryland before she went to study at the Sorbonne University in Paris.

She started her career as an assistant fashion editor at Harper’s Bazaar magazine before she became an associate fashion editor at British Vogue in 1977. In 1983 she became the first American editor of British Vogue. She attended the prestigious St. Paul’s Girls’ School before going on to study at Sorbonne University in Paris. After completing her degree she returned to London where she began working as an assistant fashion editor at Harper’s Bazaar magazine. Wintour studied at the Holton-Arms School before going to Brown University where she majored in American history and literature. After graduating from Brown University, she went to Paris for a year where she worked as an intern at Vogue magazine.

Anna gained her fame when the novel The Devil Wears Prada was published. Her ex-assistant Lauren Weisberger wrote the novel. It sparked up much interest from readers, as the main character in the novel had a lot in common with Wintour. The book was based on a young woman who received employment as a personal assistant to a dominant fashion magazine editor. Eventually, the job becomes a horror as the assistant fails to keep up with the requirements and schedule of her demanding boss. Despite the less than flattering image of Wintour painted by the book, Wintour herself said she “feels grateful” for it.

Although we did get a glimpse of how it is working for Wintour, the lesson of the book was so much bigger. When starting your career you will face challenges in your workplace. What’s so important is being true to yourself, believing in yourself, and never losing your confidence. This book was very informative and an eye-opener for anyone entering the fashion industry and doesn’t feel good enough. Knowing who you are and knowing your worth will get you so far in any occupation you have.

Wintour, and famous pageboy bob haircut and dark shades, have truly become important figures in the fashion industry. Wintour was the first vogue editor to allow celebrity covers. Although other editors viewed celebrity covers as a joke, Wintour took a risk and decided to do articles shining a light on different celebrities. Now today you see so many movie stars, athletes, and musicians enhancing the covers of high fashion publications.

She is the longest-running fashion editor in chief history. That speaks so much volume about Wintour alone, and also she has truly done the work to earn her seat. She’s been in the industry for three decades and has no desire to retire. Vogue has been ranked number one in high fashion publications and this is a never-ending accomplishment for this publication. This goes to show you that she is doing something right. Ms. Wintour does what is necessary to keep American Vogue at the highest level of reputation.