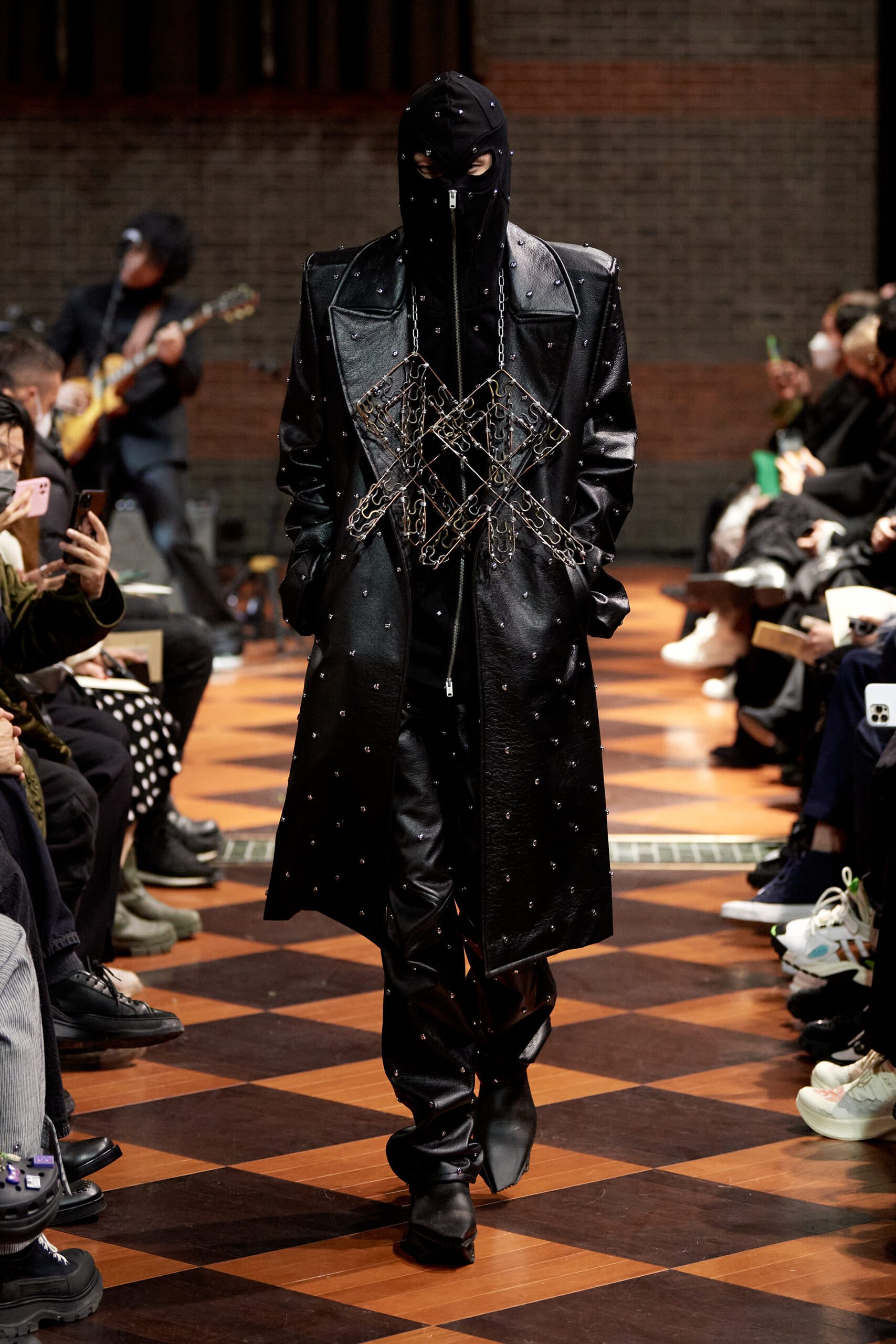 The theme for this year’s runway season is undeniably deconstruction. Veterans and emerging designers have deconstructed many societal norms through fashion and haute couture. Designers Serhat Isik and Benjamin Alexander Huseby of GmbH and Shangguan Zhe of Sankuanz debuted at Paris Fashion Week and left lasting impressions while challenging social customs.

“Talisman” was the name of the GmbH Fall/Winter 2022 showcase. The inspiration behind the collection comes from the designers’ belief that fashion is physical and spiritual protection and its literal meaning, an object with protective powers and good luck.

The designs reflect the exploration of religion, couture, and sex. In continuance with the theme of protection and fashion as a shield, Ottoman soldiers from the 16th century, the Muslim faith, and mid-century haute couture encouraged the collection.

Although the garments were gender-fluid, perfectly tailored blazers and jackets with robust, structured shoulders reflect the military inspiration in the designs. Another admirable style choice was the pairing of the taqiyah; it embodied the Muslim faith and added flair to the looks.

A Room With No Sound

“A room with no sound” was the Sankaunz Fall/Winter 2022 showcase title. Rebellion meets street style meets high fashion was the initial perception of the collection. In designing the ensemble, it was Shangguan Zhe’s mission to challenge the idea of social classism by combining street elements with high fashion.

Section one of the show was the generous streetwear portion of the show. It featured hoodies, sweats, cargos, dresses, pants, face coverings, suits, etc. However, the styling of garments was most fundamental to connecting the collection with deconstruction and rebellion.

Dresses were paired with pants to reflect the contradiction between the two styles. Hoodies were bleached and decorated with graffiti to represent rebellion. Male models carried clutches to rebel against gender norms. Fluctuating pleats and fabric from fur to sequins, leather, and denim reflected fabric exploration. And the silver hardware, holes, spikes, and accessories “reveals the opposition of high-end exquisiteness and chaotic disorder.”

Section two of the show was the high-fashion portion of the show with gowns and suits. Despite it being the haute couture moment, models carried sculptured pieces that reflected human body parts and external organs created by artist Yuyu Wang.

Both brands debuted Paris Fashion Week while representing the deconstruction of social norms.