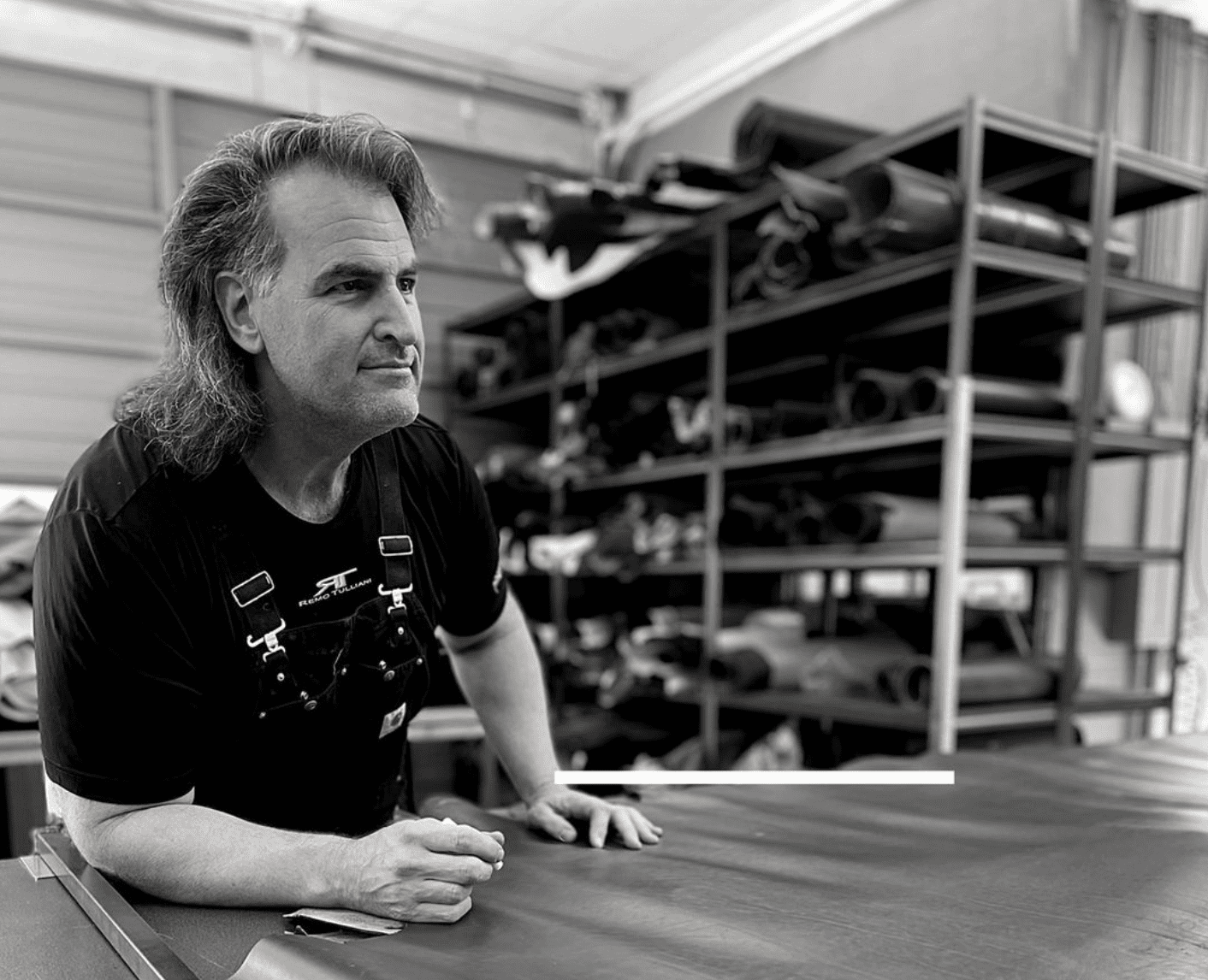 Since Charles Frederick Worth put his first stitch to textile in 1858, the Haute Couture tradition has been the hallmark of the French fashion machine, make that Paris to be exact. In fact, it’s by French law that only fashion houses that meet some very stringent criteria who can use the name “Haute Couture”, with location within the city limits of Paris proper being one of the main statutes.

However, many of the other practices of the Haute Couture are alive and well all over the world, including right here in our American backyard. There is a whole roster of companies that incorporate hand-made, custom, one-of-a-kind elements into their design process. Many of them have found that doing so has given them the competitive edge needed to thrive in today’s challenging marketplace.

Vintage fashion historian and writer Vivian Kelly, shares her thoughts on this subject:

“Good fashion by definition is a near mirror image reflection of the times in which we live. The Haute Couture has been the highly protected, ultimate expression of this reflection in the French tradition. However, there are many aspects of the Haute Couture that can be borrowed and found on runways around the world in a more broadly available marketplace. There are many designers here in the U.S. who are borrowing and providing their fresh, far more accessible take on this ultimate expression.” 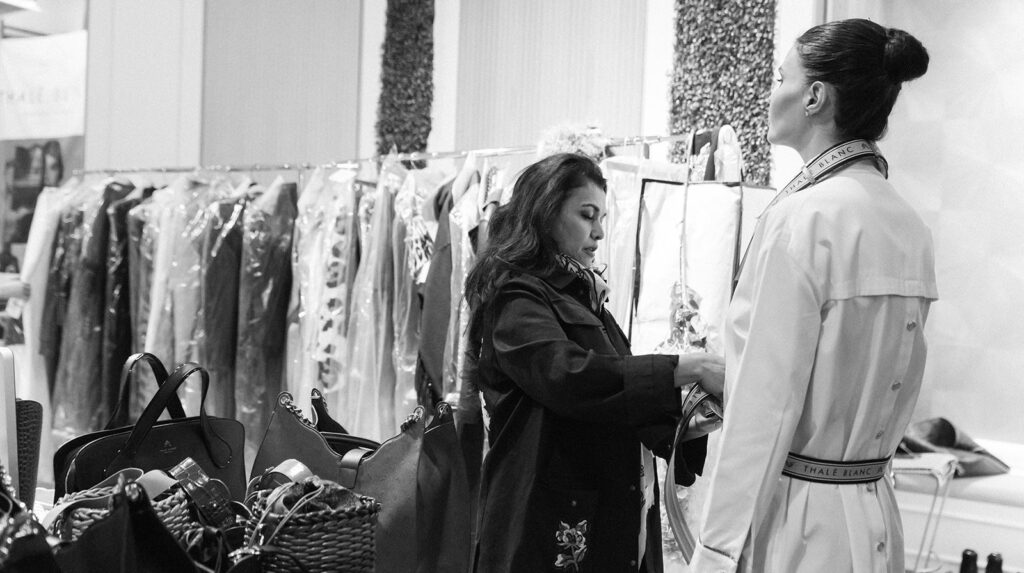 Los Angeles based Deborah Sawaf has a collection of handbags and sportswear that stand tall next to some of the heaviest hitting names in fashion. Sawaf founded the Thalé Blanc collection after spending years learning her craft in the couture divisions of legendary European houses Gianfranco Ferré, John Galliano & Valentino.  She brought many of the same techniques employed by these iconic labels to her own collection that is sold exclusively in the US. Her sportswear collection is made-to-order in Los Angeles which allows her to oversee the production of each piece as it is assembled. 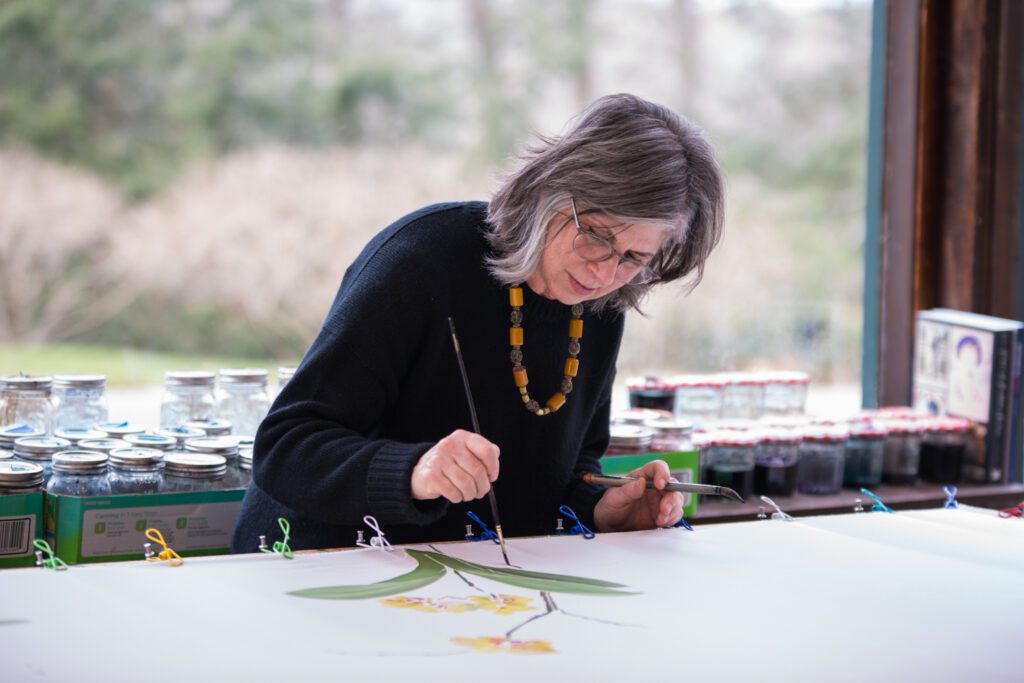 Rory Worby is an a textile artist that personally paints each of her designs onto fabric she pretreated, stretched and prepared by hand. Once painted, she steams, washes and finishes each textile using ancient, organic techniques to achieve the finish that meets her liking. Once finished, she works with her seamstress to create her scarves, kimonos, caftans and pillows, many of which are completed via hand-stitched needle and thread.

Many of her works are commissions made specifically to each client’s measurements, or are based on inspiration suggested by the client. “Like the muses of the ancient couture houses, many of Rory’s creations are inspired by the final wearer who then feels an integral connection to the overall process,” says Vivian Kelly, a major fan of Worby’s work.

Many of her works are commissions made specifically to each client’s measurements, or are based on inspiration suggested by the client. “Like the muses of the ancient couture houses, many of Rory’s creations are inspired by the final wearer who then feels an integral connection to the overall process,” says Vivian Kelly, a major fan of Worby’s work. 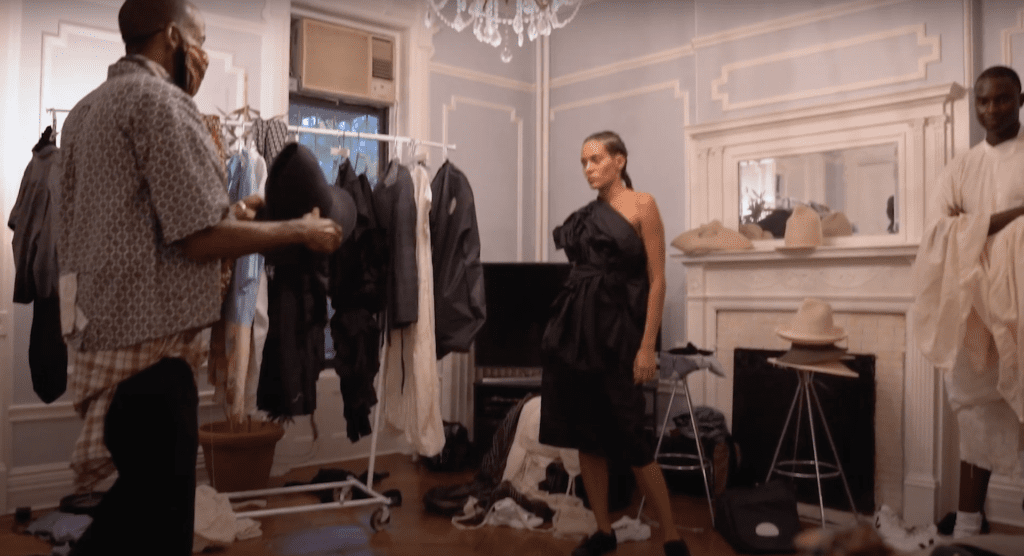 Another American practicing couture-like fashion is EPPERSON. He designs both up and down the supply cycle. Garments are created “down” from his own pure vision and also “up” from found materials that he customizes into one-of-a-kind, up-cycled masterpieces. His up-cycled pieces have grown to define his overall collection in many ways and his collections often have a hand-sewn quality where he utilizes patches, lattice detailing, raw edges, along with mixed fabrics to create his original runway designs. 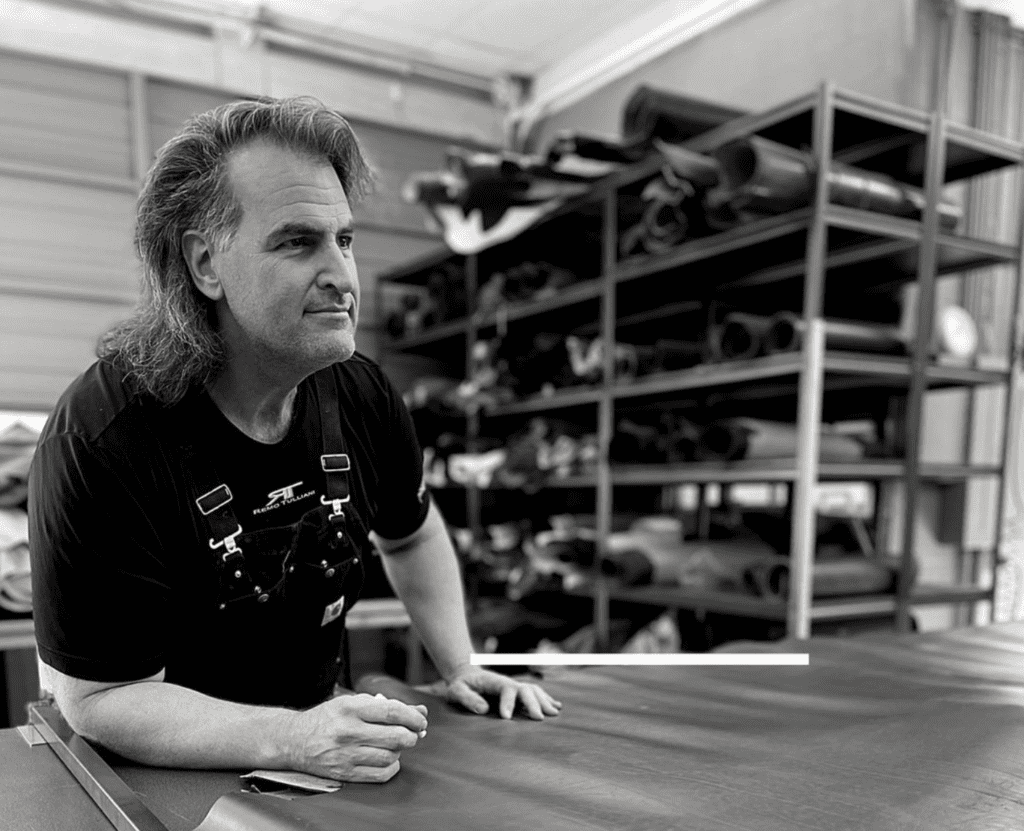 Finally, enter Remo Tulliani. Remo is passionate about belts in ways that are almost unnatural. He personally selects most of the leathers for his collection in Italy and custom designs the bulk of the hardware he plans to use. The “couture” magic however, happens when he assembles his final creations together from the finest materials in the world.

All belts are cut to size, then assembled and stitched one-by-one. Each belt is rolled just so and placed in a black velvet bag and box that is fit like a glove. When the final customer gets the package, the unboxing is rivaled only by the experience of opening an Apple product. A Remo Tulliani accessory is an experience from creation to customer.

There are many lessons learned from the experience of the Haute Couture that can be found alive and well in the fashion business on the shores of America. If you truly want to experience fashion that is not mass produced, but rather created in a purposeful, tradition-based, artistic expression of the designer, we encourage you to look at these brands and the countless others that are defining a new way of fashion. You won’t be disappointed and you’ll never shop off the rack the same way again.