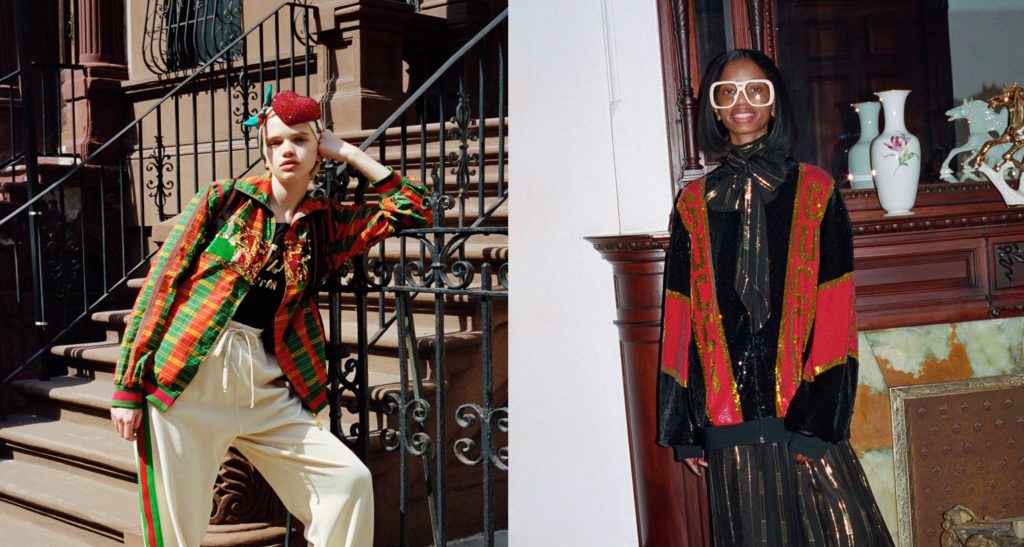 While the list of important Black fashion designers exceeds a list of this size, we still felt that it was important to highlight some of these individuals, who have gifted the fashion industry their perspective, art, and passion.

Virgil Abloh was born in Illinois, and studied civil engineering and architecture at University of Wisconsin-Madison and Illinois Institute of Technology, respectively. However, his passion for fashion lead him to intern for Fendi in 2009. From there, Virgil Abloh would rise to prominence as creative director for Kanye West’s company Donda, founder of RSVP gallery in Chicago, creator of the fashion brands Pyrex Vision and Off-White, and eventually, becoming Artistic Director for Louis Vuitton.

Virgil Abloh has always been interested in the relationship between streetwear and “high fashion.” As Virgil explained, “I don’t have to choose between high fashion and streetwear. My brand reminds me that it doesn’t have to fit in a box.” 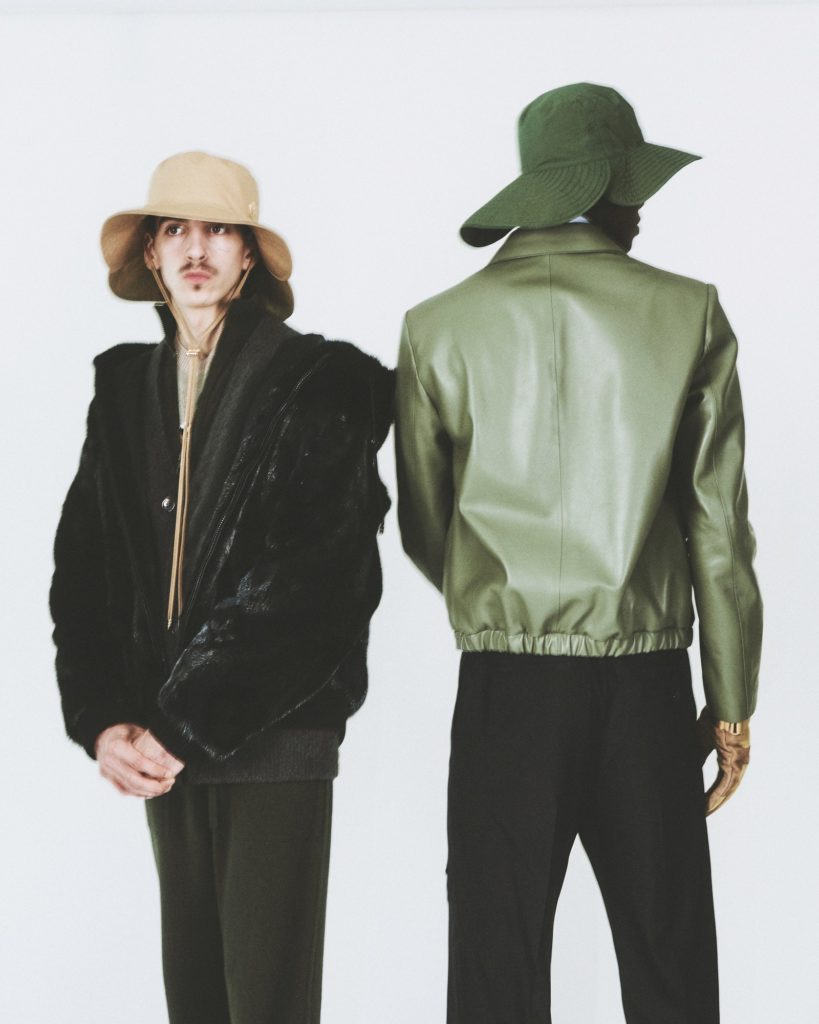 After living in Liberia with his family for a number of years, Telfar Clemens returned to New York to pursue a career in modeling and fashion. While Telfar began as a model in 2002, within two years he would launch his fashion label, called TELFAR.

TELFAR’s main objective is the creation of “unisex” clothing. Over his career, Telfar has achieved some amazing accomplishments and intriguing partnerships. In 2017, Telfar won the CFDA/Vogue Fashion Fund. Additionally, he partnered with White Castle to create uniforms for around 15,000 employees. Whether it’s creating clothes without gender assignments or manufacturing uniforms for working class individuals, he stays true to his motto that his clothes are “not for you – for everyone.” 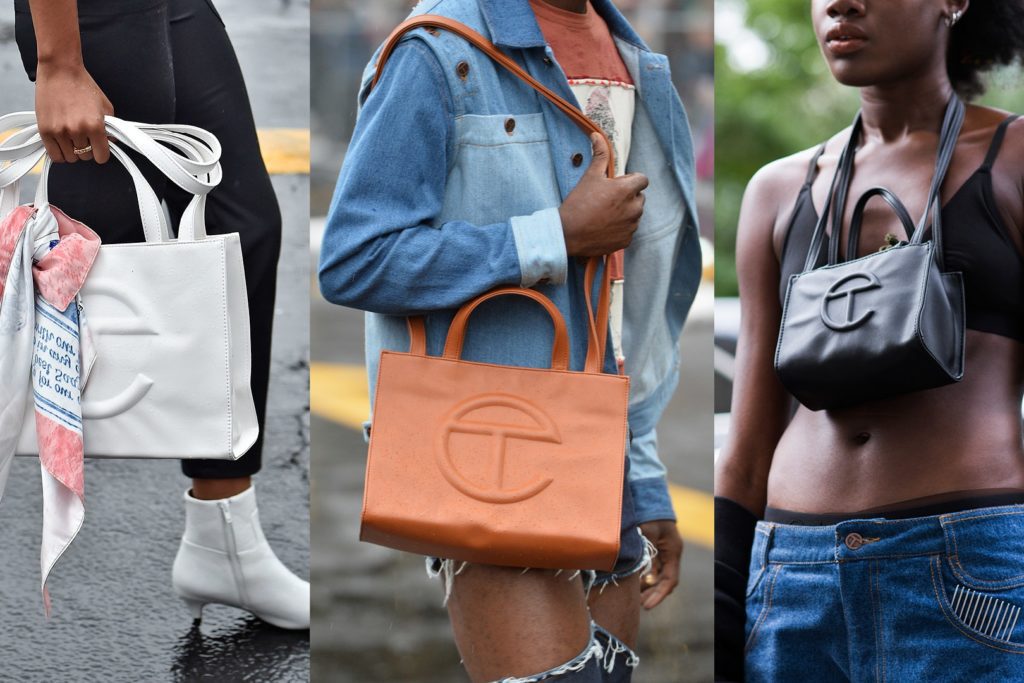 As a native New York resident, Romeo Hunte launched his own fashion brand in 2014, during his time at the Fashion Institute of Technology. He gained the attention of notable celebrities, including Zendaya, Victor Cruz, and Beyonce, who have all publicly worn pieces from his collection. Soon after, fashion magazines, such as Essence, Teen Vogue, and others, took note of Hunte’s rise to fame. Furthermore, he was named a finalist for the “Women’s Fashion Group International Rising Star Award.”

Hunte’s primary goal is to create clothes that “embodies an aesthetic that is edgy yet sophisticated with a balance of feminine and masculine.” 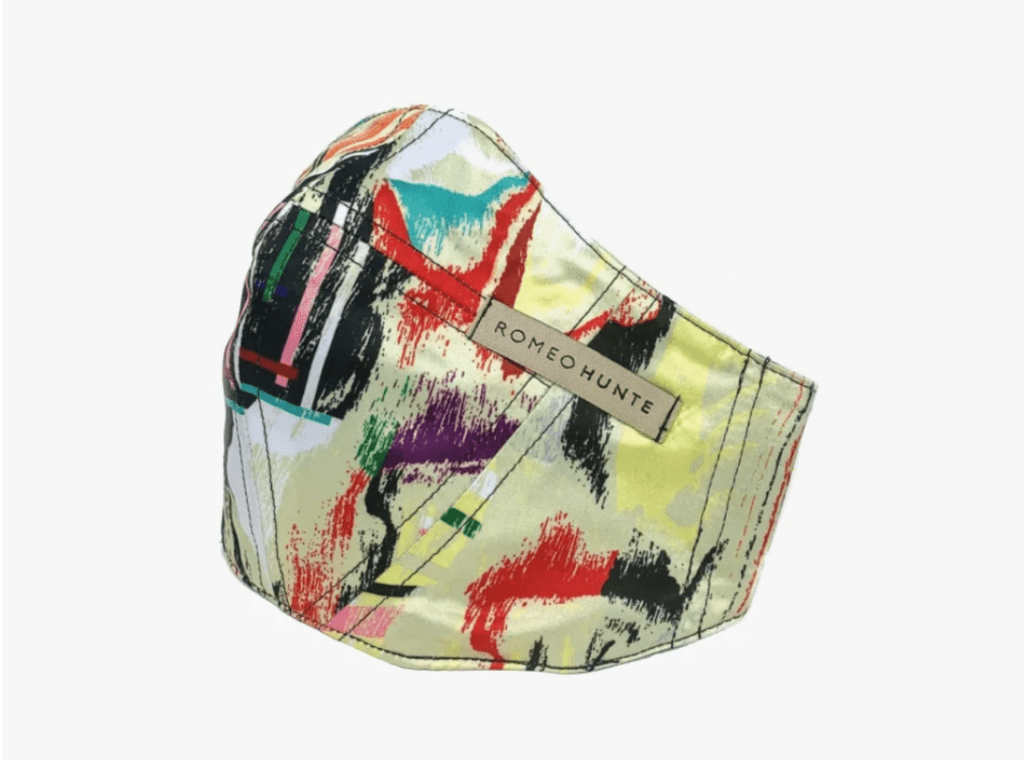 As a well-traveled and multi-disciplined artist, in the areas of writing and fashion, fashion designer Aurora James was inspired to create her company “Brother Veilles” after trips to different parts of Africa. Through the years, James has proven herself to be a successful fashion designer, by winning the CFDA/Vogue Fashion Fund. Ultimately, her goal is “preserving the shoemaking craft in Africa and creating new jobs for artisans in [her] workshop.” 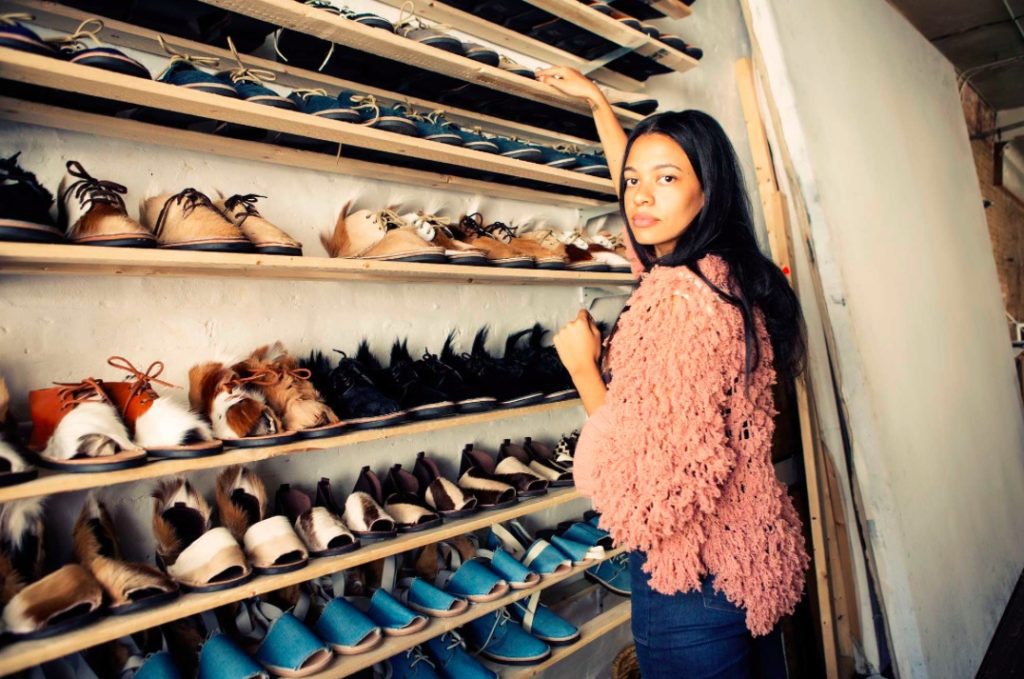 Via: In Her Shoes Blog

With a breadth of experience learning about fashion from institutions, such as the Art Institute of NYC, and interning for various fashion brands, Reuben Reuel launched his fashion brand, “Demestik.” His brand places an emphasis on using “African print,” and making clothes for women of all shapes and sizes. Currently, his brand operates from New York City with an explosion in popularity, especially after dressing celebrities, like Beyonce.

With roots in the Congo, Anifa Mvuemba has released her newest collection “Pink Label Congo,” through her fashion brand, “Hanifa.” Similar to Reuel, Anifa has used African influences and has provided apparel for all body-types. Most recently, Mvuemba was lauded for her innovative “3D” fashion show that aired on Instagram live. Given the worldwide pandemic, her ability to innovate with regards to an online fashion show garnered a lot of praise. 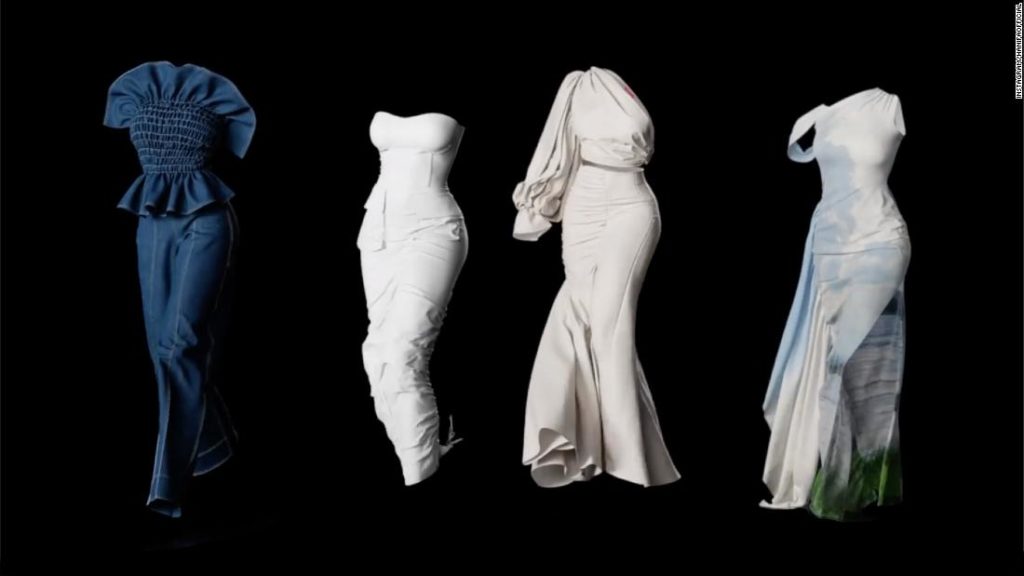 As he grew up in Queens, NY and learned “sewing and pattern making” from his grandmother, LaQuan Smith was destined for greatness within the fashion space. He established his brand “LaQuan Smith,” in 2013, and its popularity has exploded exponentially. Additionally, he has obtained support from artists, such as Beyonce, Rihanna, and more. 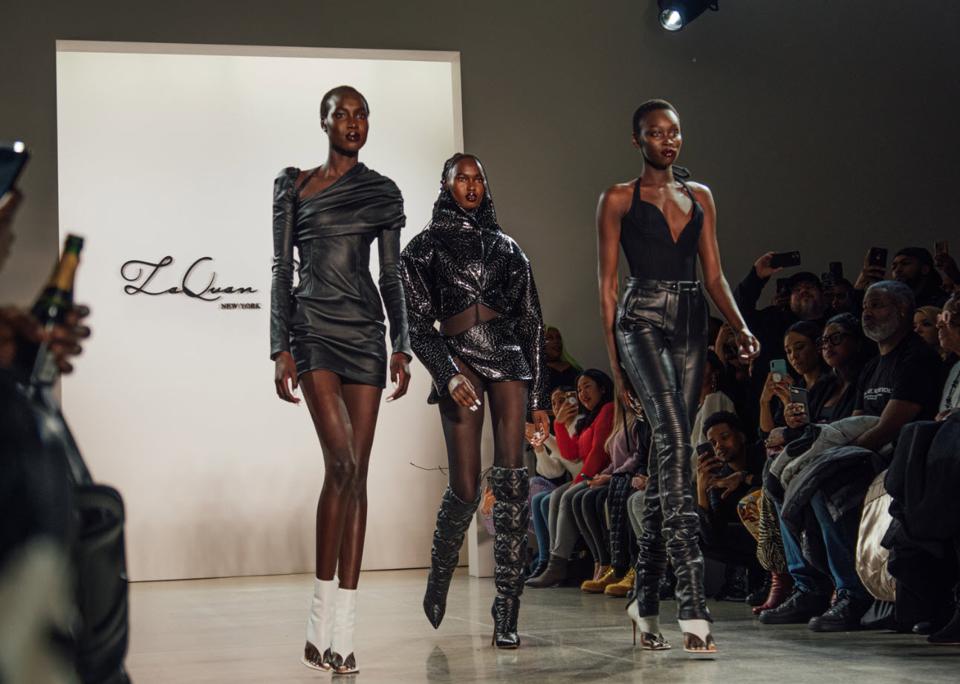 With roots in Haiti, fashion designer Kerby Jean-Raymond has created the flourishing fashion brand, “Pyer Moss.” After attending different institutions, such as the High School of Fashion Industries and Hofstra University, Kerby began interning and working for various designers, including Marc Jacobs. In 2013, “Pyer Moss” was established and within a few years, the label won awards, such as the CFDA’s “Swarovski Award” and the “CFDA/Vogue Fashion Fund.”

Via: The Hollywood Reporter

During his legendary music career, very few individuals knew that Kanye West was learning about the fashion industry, as well. In 2009, Kanye West was an intern for Fendi, and later on, he designed shoes for both Nike and Louis Vuitton. Then, in 2015, Kanye West created the brand “Yeezy,” with Adidas. Within five years, Kanye West’s company had a valuation of around 3 billion dollars. Most recently, he has entered into a 10-year partnership deal with GAP for a clothing collection. 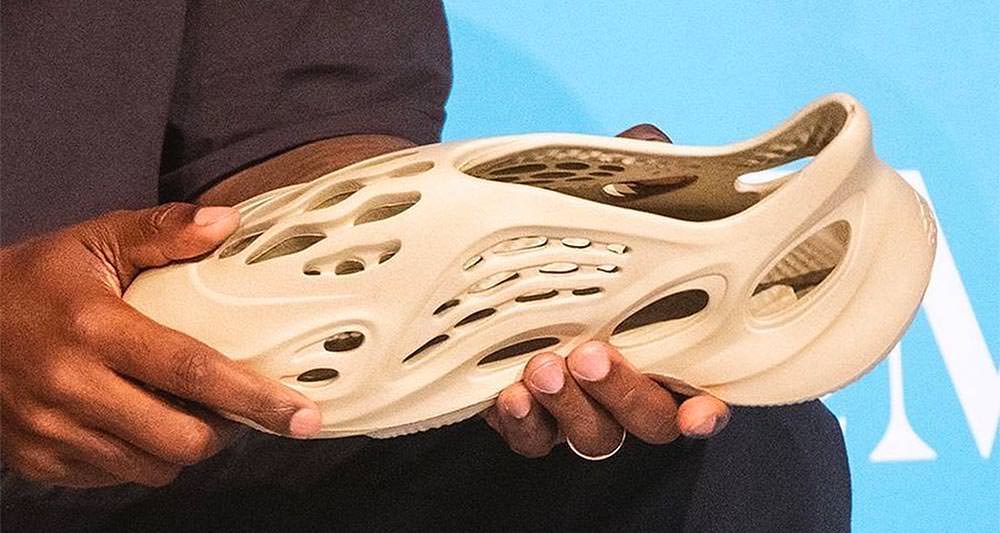 One of the most prominent and respected names on this list is that of “Dapper Dan.” Dapper Dan, or Daniel Day, is a fashion designer from Harlem, NY. Dapper Dan began his rise within fashion through opening a retail store, where he would print luxury logos on his apparel. He considered himself a pioneer in making clothes that have printed logos all over it. While he received major pushback for using the logos of other companies, he would later partner with Gucci and make his own collection under their brand name. Thus, one of New York’s most influential and lauded fashion designers was finally legitimized by the same companies that he once unethically used to make money. 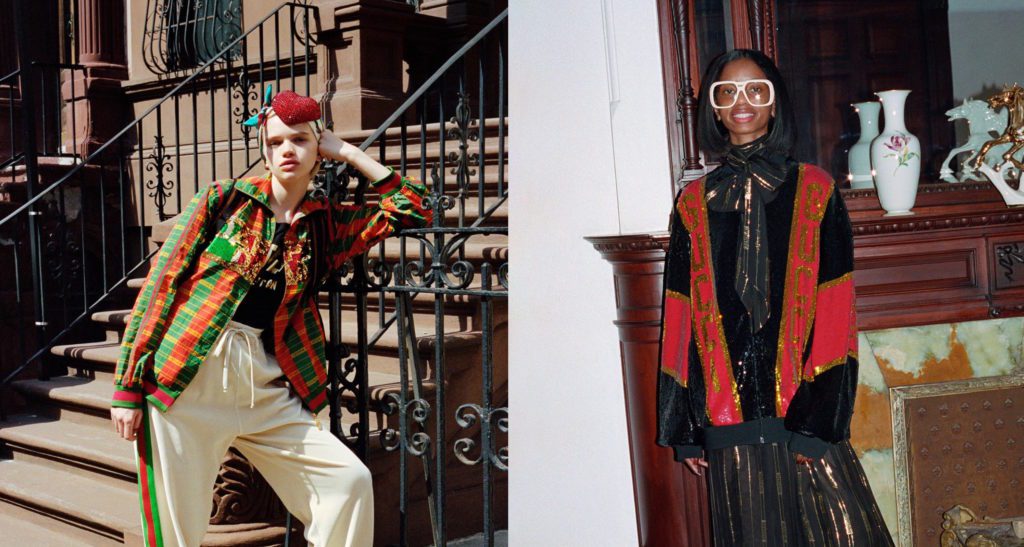