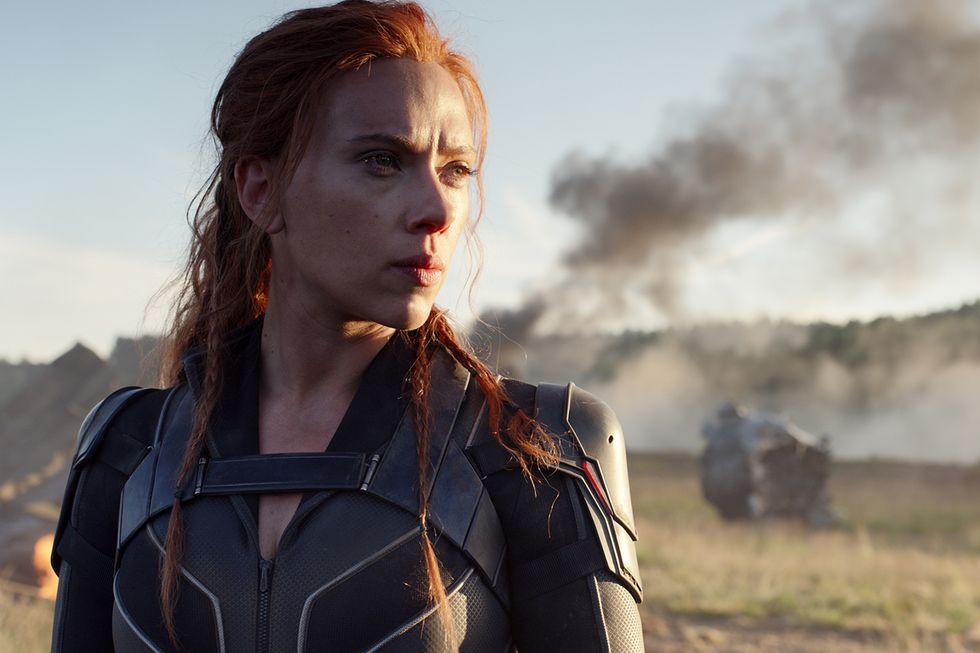 Black Widow superstar Scarlett Johansson has filed a lawsuit against Walt Disney Co. after Black Widow was released simultaneously on the Disney+ streaming service and in theaters.

This film was the first solo depiction of Scarlett Johansson’s character, Natasha Romanoff, in the Marvel Cinematic Universe (MCU). One of the most highly anticipated films of the year, Black Widow’s July 9 release was a huge success, grossing $80 million in North American theaters and $60 million globally on Disney+. However, according to Comscore, the movie’s momentum took a sharp dip and now stands at roughly $318 million worldwide; a relatively low take for a Marvel film.

Since the pandemic, Disney and other major studios such as Warner Bros have employed a dual-release strategy. A single release date for both theaters and streaming services to accommodate those hesitant to go to theaters for fear of spreading the virus has been these media giants’ way of maintaining popularity and interest. However, this has been an issue for some of their top talents as there may be less of a mega-payday that theatrical releases have been able to generate before.

Johansson claims that Disney breached her contract by releasing Black Widow simultaneously in theaters and on Disney+. The suit alleges that Johansson agreed that her salary for the film would be based largely in part on the box office haul and that she was deprived of potential earnings when the movie was released on the streaming service. The actress argues that she had an agreement with Marvel that Black Widow would be a “theatrical release.” She claims she understood this to mean a “window” of time would pass in which the picture was exclusively in theaters before it could be streamed. Historically, this window has lasted roughly 90 days.

Disney bit back with a strongly worded statement, claiming that “there is no merit whatsoever to this filing”, and that her legal action is “especially sad and distressing in its callous disregard for the horrific and prolonged global effects of the COVID-19 pandemic.” Furthermore, a Disney spokesperson argued that they have “fully complied with Ms. Johansson’s contract” and that “the release of Black Widow on Disney+ with Premier Access has significantly enhanced her ability to earn additional compensation on top of the $20 million she has received to date.”

John Berlinski, attorney for Johansson, told CNN Business, “it’s no secret that Disney is releasing films like Black Widow directly onto Disney+ to increase subscribers and thereby boost the company’s stock price—and that it’s hiding behind Covid-19 as a pretext to do so. But ignoring the contracts of the artists responsible for the success of its films in furtherance of this short-sighted strategy violates their rights and we look forward to proving as much in court.” He added, “this will surely not be the last case where Hollywood talent stands up to Disney and makes it clear that, whatever the company may pretend, it has a legal obligation to honor its contracts.”

Read the lawsuit here, via Deadline.