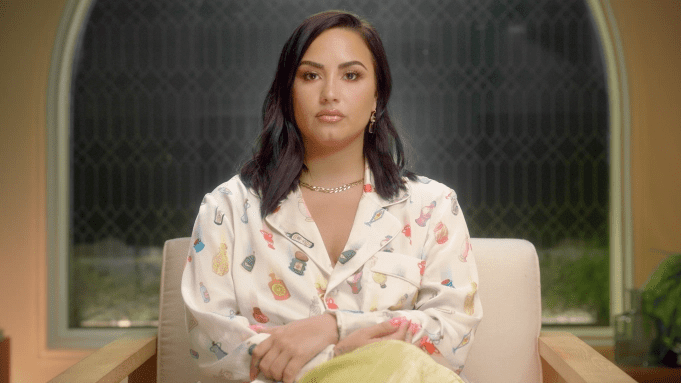 Singer Demi Lovato has released a new song entitled “Dancing With The Devil.” The song is the title track from Lovato’s upcoming seventh album that will come out April 2.. The song details Lovato’s struggles with drug abuse and addiction. Alongside the song, Lovato also dropped a music video. The song also shares a name with  Lovato’s new Youtube Originals series that covers her drug relapse. Demi Lovato: Dancing With The Devil is a four-part documentary that started March 23.

Lovato has been public with her addiction struggles before in past documentaries, including Demi Lovato: Stay Strong in 2013 and Simply Complicated in 2017. Lovato first checked into rehab in 2011. She has a relapse in 2018, and almost overdosed. Lovato has also struggled with self harm and an eating disorder. In the recent documentary, she also says that she was raped when she was 15 by an unnamed co-star while working on her Disney show Sonny With A Chance.

Her new album is called Dancing With The Devil…The Art of Starting Over and it will feature 19 songs and some guest singers, including Ariana Grande and Noah Cyrus. It will be her first album since 2017. It will also include multiple bonus tracks.

“It’s just a little white line, I’ll be fine/But soon, that little white line is a glass pipe/Tinfoil remedy, almost got the best of me/I keep praying I don’t reach the end of my lifetime,” she sings on “Dancing With The Devil.”

The documentary’s first two episodes can be viewed on YouTube. Both episodes are around 20 minutes in length. Lovato began doing interviews for the documentary in 2020, and said she wanted to set the record straight about everything that had happened.