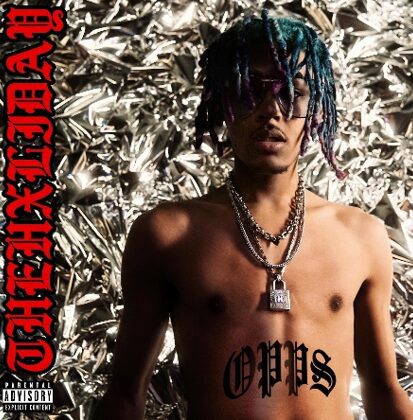 The Hxliday is back at it again with another song and visual, but this time it is for his newest song titled “Opps.” Being released on all music streaming platforms on March 17, a.k.a. St. Patrick’s Day, “Opps” has already accumulated almost 258,000 views on YouTube. Based on this single’s success, it is pretty apparent that The Hxliday is steadily on an incline and nothing will be able to hold back his success.

“Opps” comes as The Hxliday’s second single for this year and it hits just as hard as his previous one. This new song is a two minute long head banging hip-hop track full of hard hitting music and trap beats with A LOT of bass! During the song, The Hxliday talks about living somewhat of a fast paced lifestyle that can come with being successful. He talks about the women and the drugs but also about how friends he had before, changed on him and they eventually became his opps.

The song’s video is another hard hitter and it contains some crazy visuals. The video matches the fast pace of the song and makes lots of cuts to its various scene set ups. It contains many close ups, bright colors. zoom ins and zoom outs. “Opps” also features a lot of the elements being spoken about in the song’s lyrics, like different women and expensive luxuries that come with the fame.

The Hxliday is an artist who has already gained a pretty large following of fans and supporters who are in love with his content. His talent is undeniable and his music is undeniably great. As long as he keeps doing what he is doing consistently, he will surely make it into the big leagues of the music industry.

To stream all music released by The Hxliday, you can follow him on Apple Music, Spotify, YouTube and Soundcloud.