Cruel Summer Brings Back the 90s 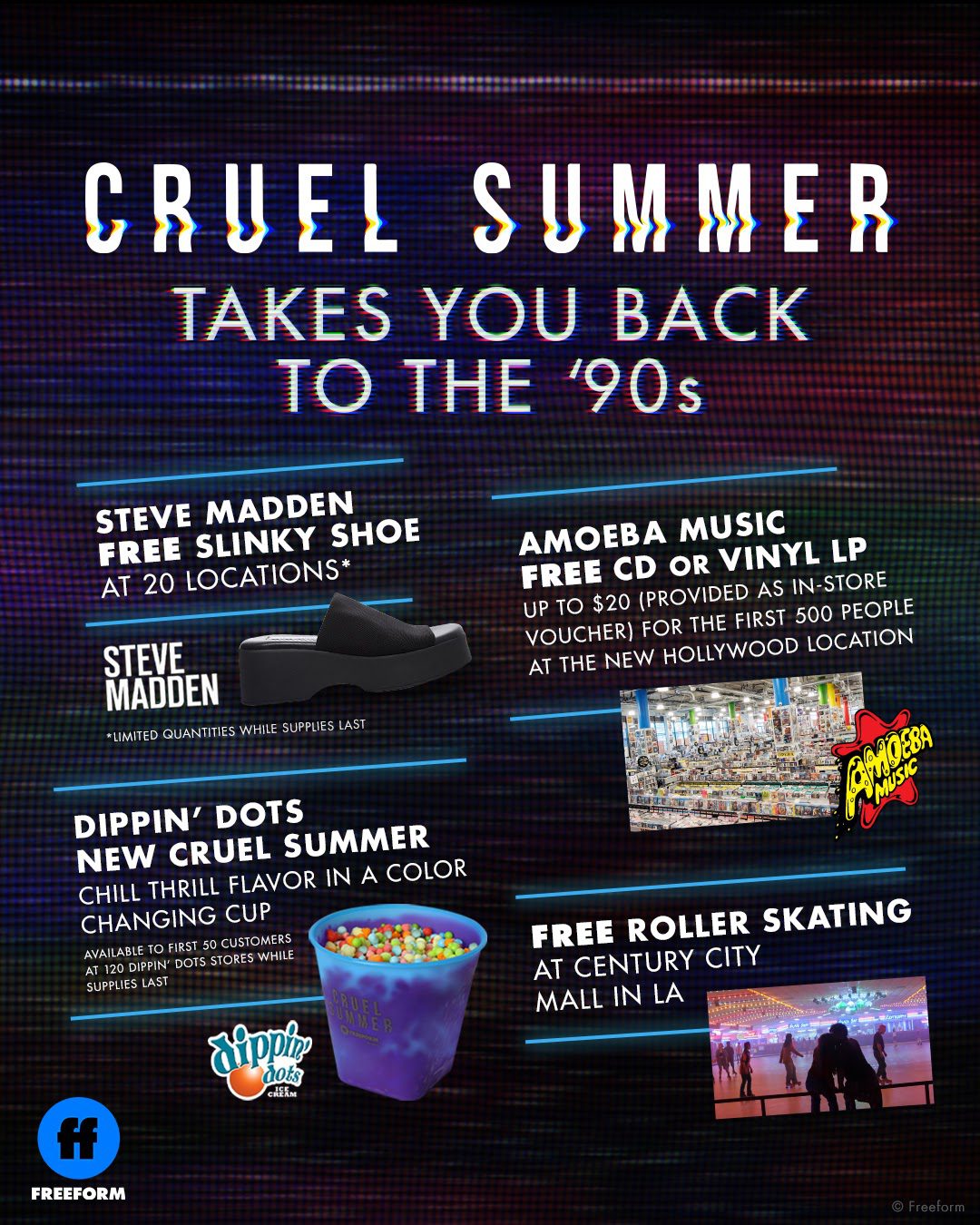 Cruel Summer Brings Back the 90s

To promote Freeforms’ newest show Cruel Summer  fans were able to celebrate with “Cruel Summer ’90s Day.” Inspired by  the time period of the series, fans in LA were immersed in the ’90s with giveaways from iconic brands, sweepstakes, and events including:

120 Dippin’ Dots stores across the nation offered the first 50 fans a free, 10 oz serving of the limited edition “Cruel Summer Chill Thrill” flavor. The flavor is a combination of rainbow ice and cotton candy and will be served in a custom, ’90s themed, color-changing cup. Fans will also receive a ’90s style Cruel Summer branded scrunchie.

Fans who were not able to attend the in-person giveaways can still participate in the Cruel Summer ’90s Day through special sweepstakes on the Freeform Instagram account and ’90s themed accounts @90sanxiety, @iamthirtyaf, and @forever_90s_fan. Fans can enter for a chance to win a ’90s-themed prize pack including a you-go-girl necklace, roller skates, a Garbage band t-shirt, a cassette tape player, a pair of Steve Madden SLINKY shoes, an Amoeba Music gift card, a Dippin’ Dots gift card, and a Caboodle.