Sitting Down with Ellen Christine Couture 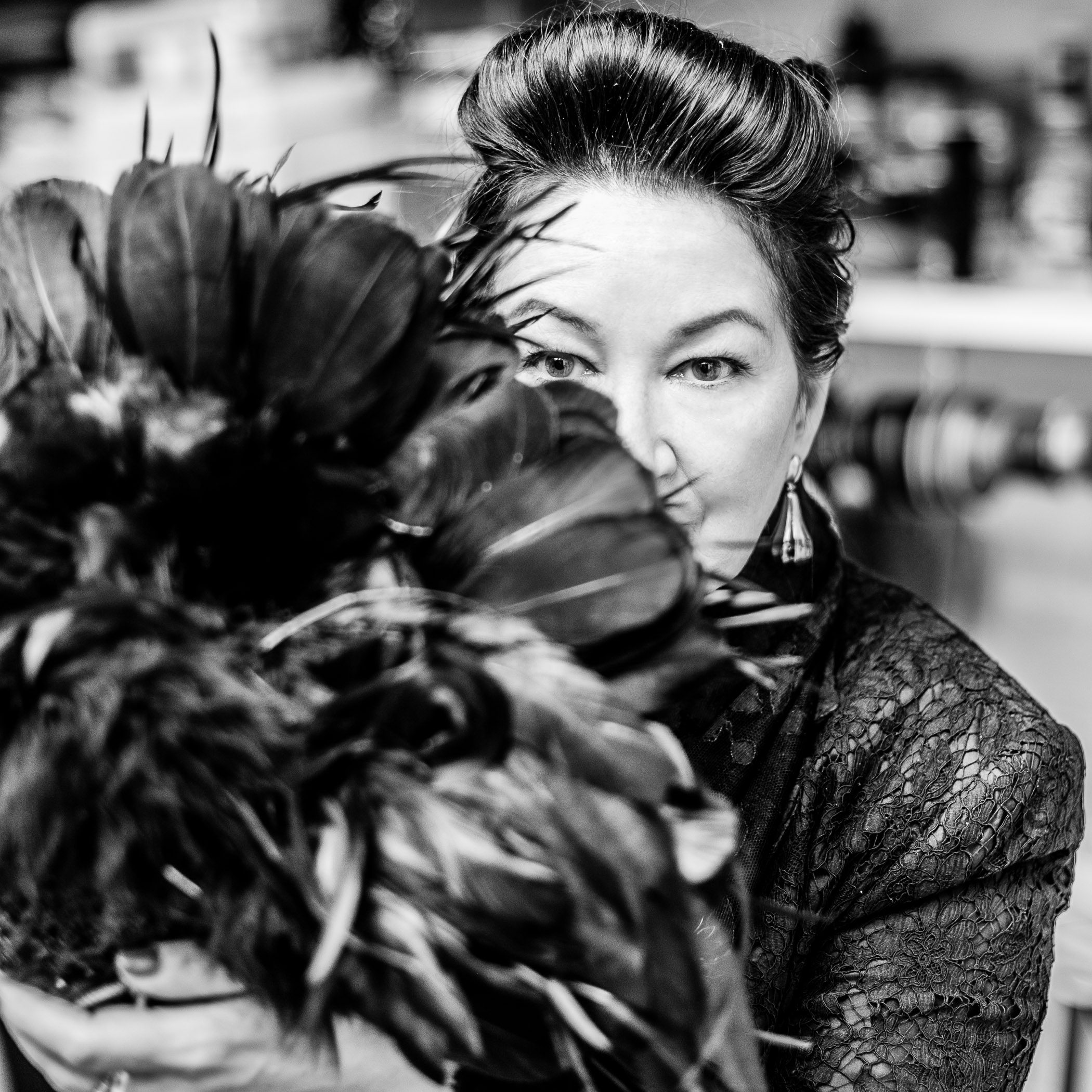 Sitting Down with Ellen Christine Couture

Walking to Ellen Christine Couture’s showroom, I had a sudden nervousness come over me. Ellen Christine is the couture designer behind some of the most iconic hats, being featured on the pages of the most prestigious fashion magazines in the world. Most recently, her gorgeous lace mask graced the face of Harper’s Bazaar’s November cover model Gwyneth Paltrow.  As the door opened, however, my nerves were flooded with an overwhelming sense of ease.

I felt as if I had just stepped into a dreamland, with gorgeous creations all around me. Ellen Christine herself, made me feel instantly as if I belonged there; like we had been old friends. And just like old friends we sat down to talk. Having come from a background in costume design Ellen Christine explained that she draws inspiration from everything around her, but that true inspiration comes from your background.  “My foundation is in costume history. It’s my background so it’s in my blood.”  Of all the costume styles and time periods, the designer notes that the Edwardian period of the early 1900’s is her favorite, stating that anything luxe is always fun to work with. Although her inspiration is not only from the past. Ellen Christine says she is excited to see the direction that design is taking today with “3D design and plastics to evoke a  sense of being but with a future context.”

The road to hat design began at a theater in Boston, where the director of a play called on Ellen Christine to design a gladiator helmet for the show, last minute. It was then she credits, that this path chose her. I asked if there was a client she preferred working with having started out in theater and now working in couture. “Theatrical is not always about the more, the better, the much. Sometimes theatrical is who you are inside of your heart.”

The designer has come a long way since then. Ellen Christine recalls being ‘discovered’ by Nicoletta Santoro of Italian Vogue after opening her store in Chelsea in 1995. She explains the excitement of seeing her design on the pages of Vogue atop model wearing Chanel. She also explains that as grateful as she is to have editors and publications like her work, she doesn’t design for the kudos but rather for the love of the piece.

Having connected with Ellen Christine herself on Instagram, I asked what she thought about social media today, and how a brand so couture feels about being a part of something so mass. “Social media helps expose other generations to a visual possibility. It’s helping to expand people’s horizons if they allow themselves the perception, the vision, more than two seconds to click on and off.” In the world of couture, it helps to have a knowledge and research of design, social media can make that easier. Ellen Christine noted “couture is an important balance to the tide of mass production” and “to own one piece of couture in your life is important to go through the experience of having something made and that is the exposure that social media will bring.”

Before leaving, I bonded with Ellen Christine on our Hispanic heritage. The designer credits her father’s Puerto Rican heritage for the inner fire that fueled her passion for design, while her creativity stems more from her mother’s Anglo background. She mentioned that a mission of hers is to start a design school in the Carribean.

As I left the showroom, I wondered why I had ever been nervous at all. Designer Ellen Christine had welcomed me so warm-heartedly. She taught me that couture was not intimidating, but rather exciting and an important piece for everyone to own. Hearing her story and the progression of where she is today, inspired me to follow my passions as well. As a millennial, I realized that social media can be an exciting tool to expand our horizons if we let it. Listening to her process, I knew I needed to begin saving for my first piece of couture, and I can’t imagine it being anything other than Ellen Christine.

To learn more about the designer and her designs, you can visit her website at http://www.ellenchristinecouture.com/