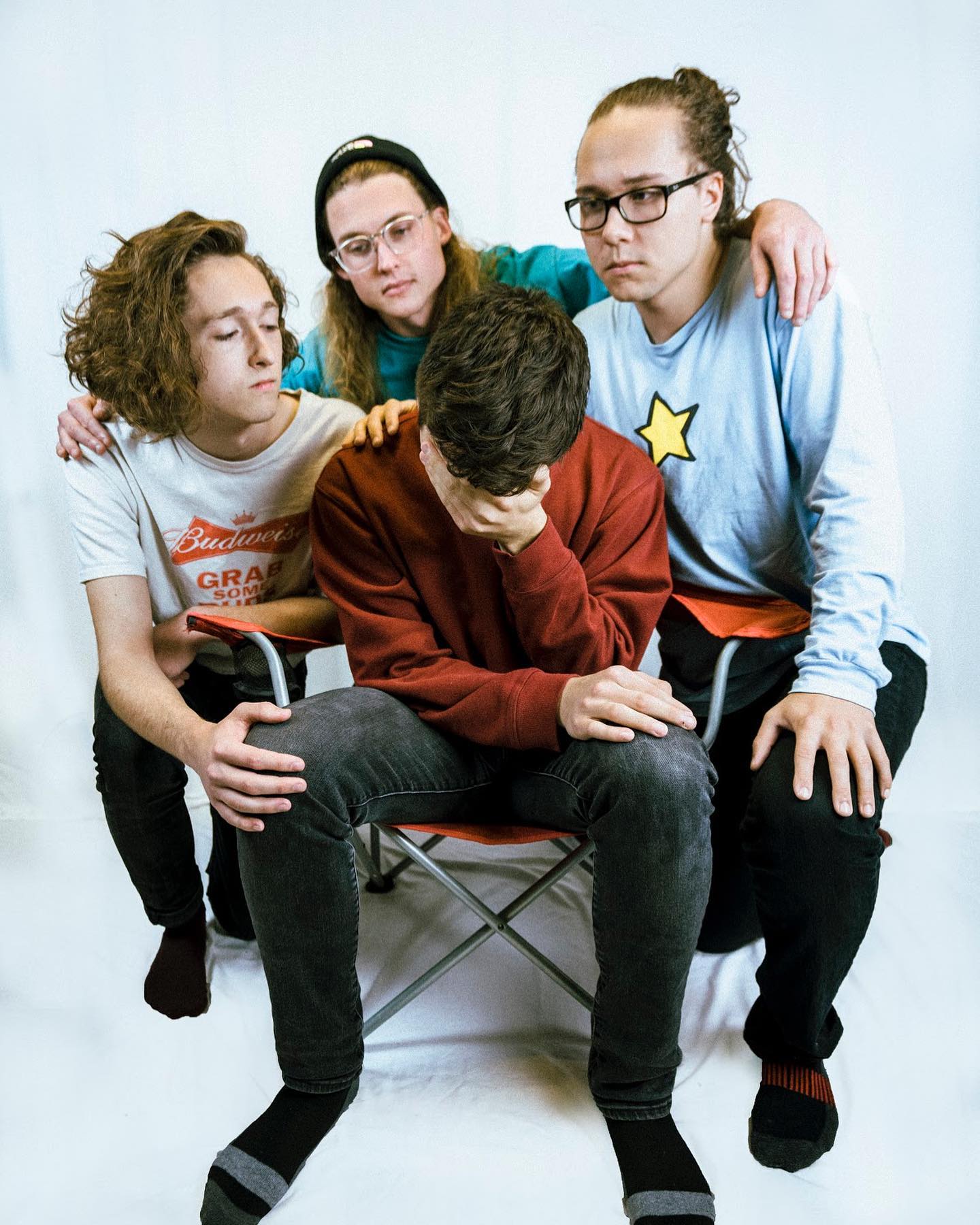 Originally a solo project of lead singer, Alex Stoitsiadis, Dogleg soon formed into the four-piece alternative hardcore band that it is today with bandmates Chase Macinski, Parker Grissom, and Jacob Hanlon. The band began playing basement shows in college, transitioning to touring and playing alongside acts like Joyce Manor, Foxing, and Thin Lips.

Their sound is modern punk at it’s best, with tracks that boil over with feelings of discontent and apprehension. On opening track “Kawasaki Backflip,” the band proclaims“tear down my walls, I don’t need them now/ lay on the carpet, just burn it out/ recall the names of a time once dead, a timeless reminder of things left unsaid” lyrics that perfectly capture the destructive nostalgia of the record. 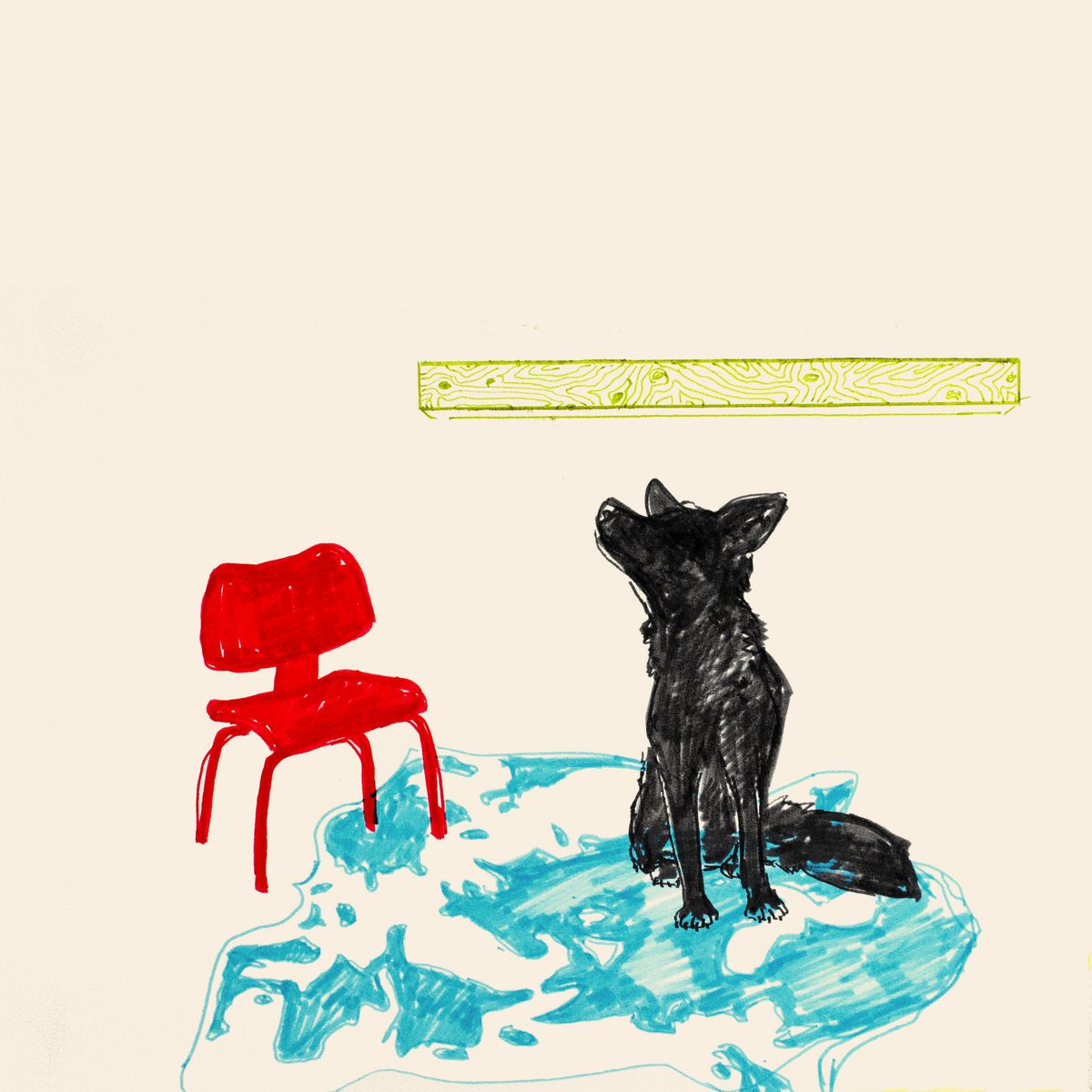 Upon its release Pitchfork’s Ian Cohen labeled “Melee” as Best New Music.“I feel like there are just as many good things as bad things with that little connotation that you got the great review from Pitchfork.” Stoitsiadis said to Third Coast Review, “First of all, it gives you a much bigger audience, which is fantastic and I’m really happy about that. Second, it gets a few music critics to be on your side and agree that it’s a good album. But on the flip side, there will always be these holier than thou hipsters that are going to say, ‘If Ian Cohen gave it a good score I’m not even going to listen to it.’ That’s fine I guess but I think it’s really dumb. I’m someone who’s very sensitive to criticism and the whole album is about not being good enough.”

On “Melee,” Dogleg grapples with anxiety, anger, and longing. It’s an indie rock record full of loud, building guitar and strong percussion. Their music expresses both frustration and anguish, with personal lyrics that play against loud, dynamic instrumentals. “And you’re making an offering to a God you don’t believe, Taking your time to be someone that you never want to be,” Stoitsiadis sings on the track “Fox.” 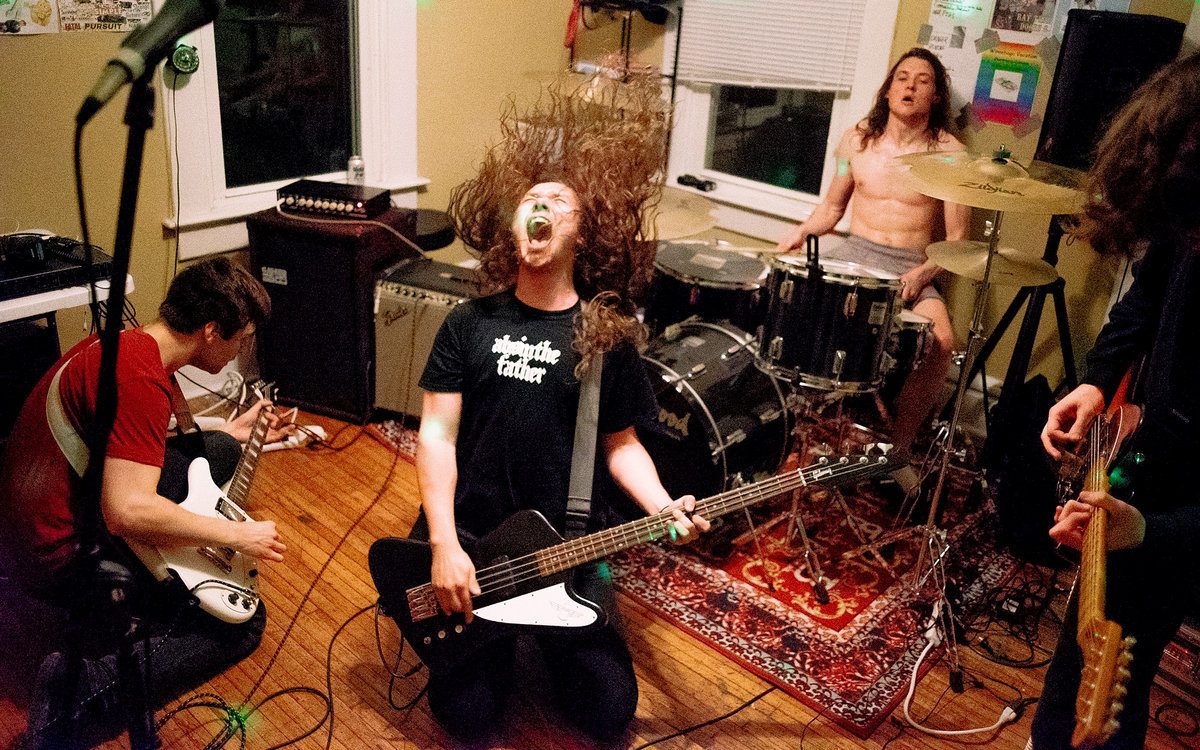 The album’s title “Melee” comes from the video game “Super Smash Bros. Melee,” which is a favorite of bassist Macinski. “I knew that it was important to Chase and I was thinking that Melee could also be interpreted as a fight, and the album is about internal fights, so it made sense,” Stoitsiadis shared with Exclaim. “I connect to it more as a way of expressing my internal struggles, because I don’t really play the video game that much. So far it’s really attracted both the emo community and the gaming community.”

Unfortunately, due to COVID-19,  the band has not been able to take “Melee” on tour yet. Dogleg has kept busy promoting merch and playing live-stream shows, but the lack of touring is still a roadblock which Stoitsiadis expressed his frustration over to Third Coast Review, “In my opinion, playing live is my favorite way of being perceived. We tried to market the album in that way with the first video being a live video because that’s what we’re all about. We have a saying: 50% of us is recorded, the other 50% is the experience of the live show. It’s such an important aspect and we really need and want people to see that… It’ll be nice to have a “proper show” that isn’t a year or two down the road. I’ve been thinking our first show is going to be a 1- or 2-year anniversary of the album, which is crazy to me but now we have the opportunity to show it off and I’m really excited for it because I adore playing live; it’s my favorite thing.”

Though it may be a while until “Melee” can be played in front of a crowd, Dogleg’s debut album is a fantastic record that makes it worth the wait.