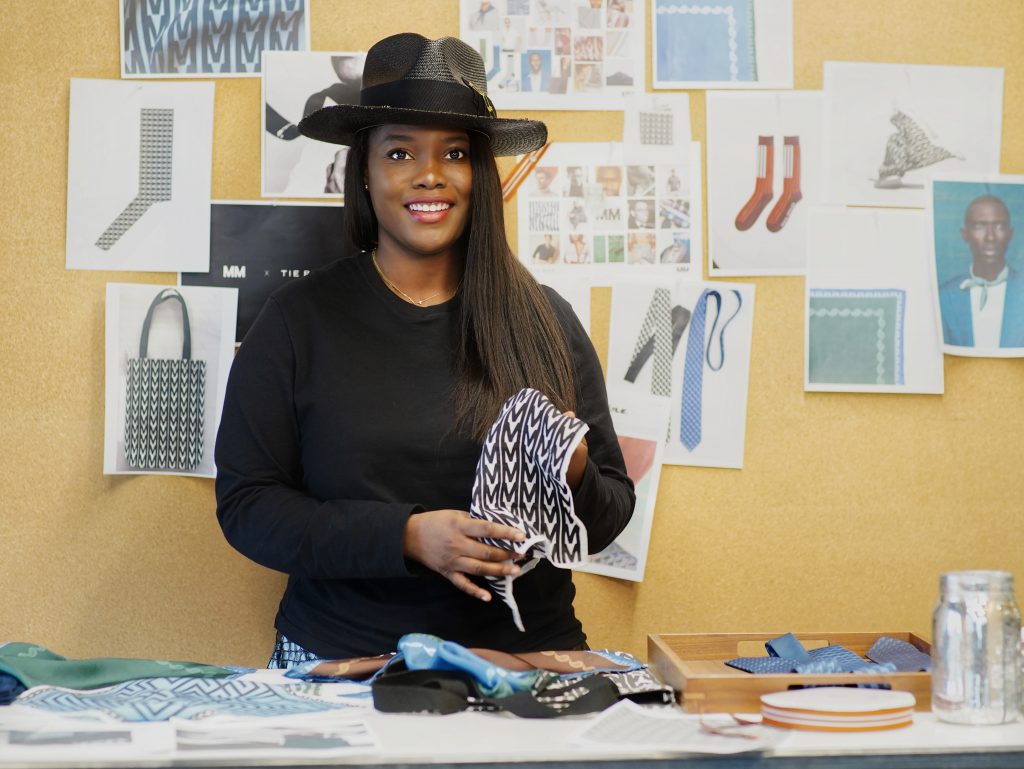 Brooklyn-born and raised, Whiney Michel is a walking testament of what it means to live your dreams in the world of design. She is reshaping how we think traditionally of menswear and creating a language that unites luxury and elegance to create timeless classics.

Whitney Michel is beating the odds of the norms to which society holds women too. The Haitian American Designer is the face behind the American luxury brand Michel Man, which emphasizes simplistic, modern, graceful approaches to design. During her senior year at Parsons, the designer took it upon herself to launch the brand.

Behind The Scenes of Whitney Michel

It’s no surprise that menswear has grown to be her specialty, being the only girl out of her four brothers. Much of her creative flows came from earlier through her devotion to film, attraction to art, and her oil painter fighter being her biggest inspiration.

During Michel’s time at Parsons, she made a name for herself through her thesis on her brand. From the development of this, Michel was able to land her very first job at Vogue, where she began working as a creative director in menswear.

Her experience in this job as well as everything else has paved a lot of the way for her success. As a result, her being a recipient of the CFDA & Vogue funded Harlem Fashion Row grant is just one of her many accomplishments.

Being the first generation has allowed the designer to not only exude the resilience of a hustler but has driven a lot of her creative process to spark a lot of her ambition. This is the same discipline that makes Michel Men. Whitney Michel is not only after the American Dream but paving a legacy for generations to come.

The future is in her hands; there is nothing this phenomenal woman can’t achieve!