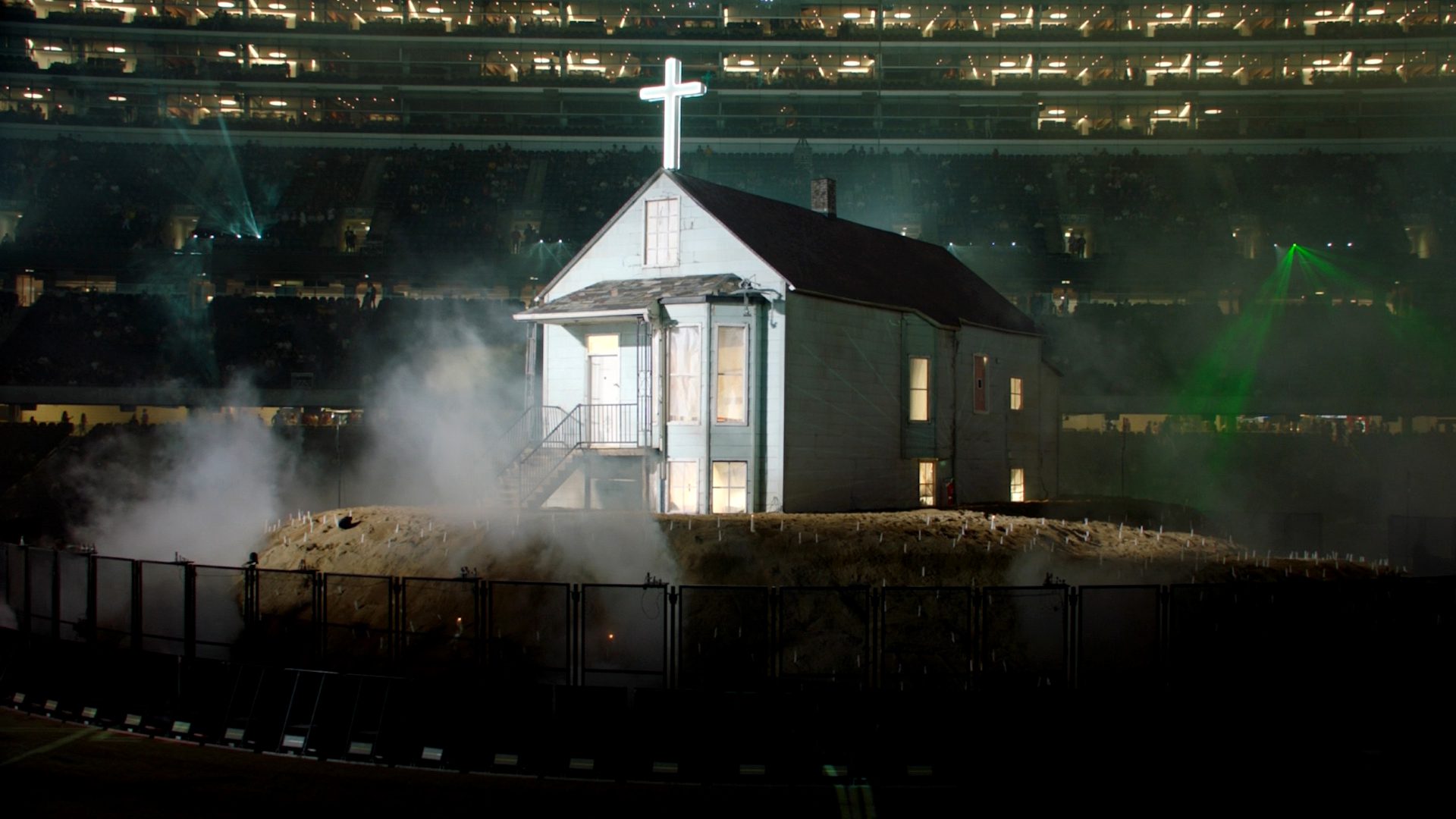 Kanye West held his third “Donda” listening event on August 26 at the Chicago Soldier Field stadium, in front of 40,000 fans who were shocked by the night’s spectacles and controversies.

Following his first two listening events at the Atlanta Mercedes Benz stadium, West returned to Chicago and recreated his childhood home onstage where much of the event’s theatrics took place. Similar to his previous “Donda” experiences, the third event played the album’s track-list, with the set designed to honor divinity and the afterlife. Attendees shared that West was surrounded by candles under a big screen showcasing Bible verses. But unlike his last two listening events, West pulled out all the stops this time around. Releasing unheard tracks and performing ambitious stunts.

During the performance, West welcomed several guests on stage. The most show-stopping being Kim Kardashian, who walked on wearing a wedding dress to recreate her vows with West.

DaBaby and Marilyn Manson also made an appearance that disappointed and angered audiences. With the two being in bundles of controversy, following DaBaby’s homophobic comments last month and Manson’s ongoing lawsuit for sexual assault. Audiences didn’t understand why West felt the need to give them a platform, and flocked to social media expressing their disdain.

The night of controversy didn’t end there however, with the show wrapping up with West setting himself and his replica childhood home on fire. Unlike the second listening event that ended with West ascending up to heaven, “Donda” part three showcased the liberties of a burning hell. With West making one final grand gesture before the album’s presumed release.

Whether “Donda” is actually dropping or not is still unknown, but what we do know is that West built an immense amount of hype that the album will hopefully live up to. 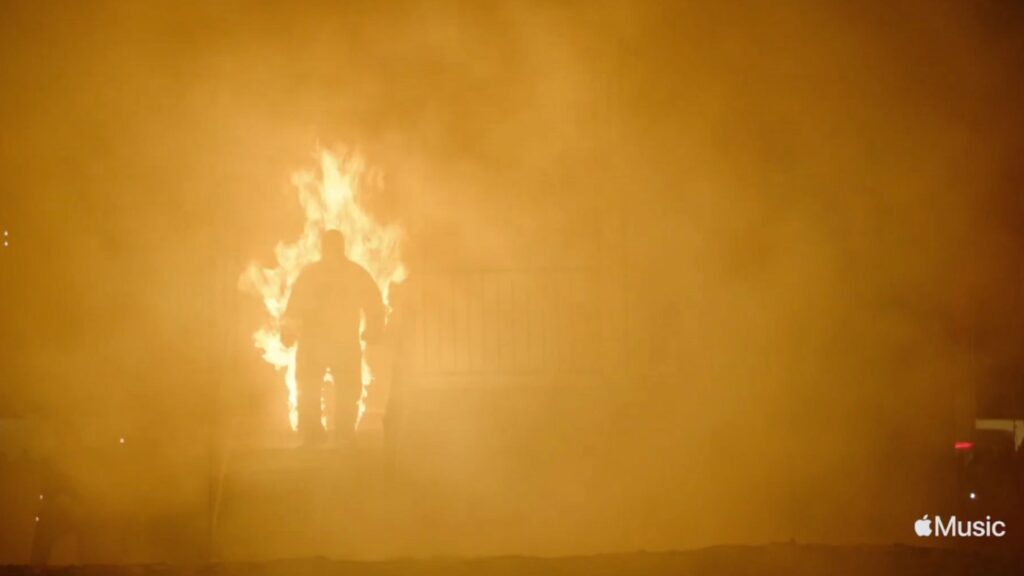