The Pinkest Of Them All Celebrating Eleven Years Of Pink Friday 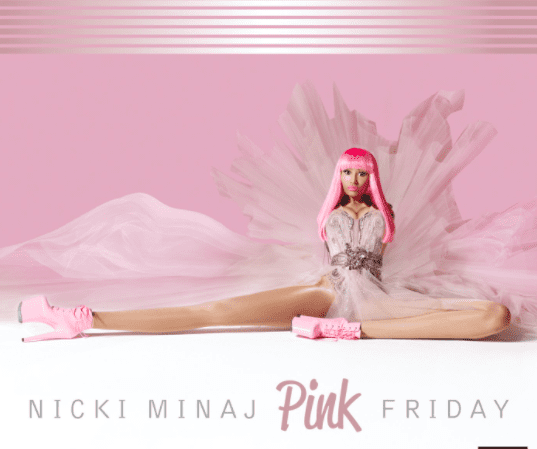 The Pinkest Of Them All Celebrating Eleven Years Of Pink Friday

Eleven years ago, on Nov. 22, 2010, Nicki Minaj released her highly-anticipated debut studio album, Pink Friday revamping the female rap culture In a time where the music Industry was going moving towards the pop genre. Nicki Minaj did what no other female rapper did before and that was able to combine the aesthetic pop music and the rawness hip-hop and putting it into a body of work resulting in making Pink Friday one of the most influential albums of our time. The legendary album became one of the most sold albums by a female rapper in this decade selling around 367,045 copies its first week and remaining as the most sold album by a female rapper in pure sales till this day.

11 years after its release Pink Friday remains as one of the best albums put out by a rapper, tracks like ‘Moments For Life’, ‘Here I am’, ‘I’m the Best’ and ‘Super Bass’ all seem timeless and nostalgic. Why is Pink Friday the best album put out by a rapper in the last decade? You ask. Nicki Minaj was able to successfully put out a rap album and have it be a mainstream successful. In a time where pop was the main dominant genre of music at the time. She was able to compete with big names such as Katy Perry, Kesha and Brittney Spears who was the main dominant pop stars at the time. Nicki Minaj was able to incorporate the pop sound of music, but still give her core fans the feel of a rap album.

We will never see another album that could live up to the success of Pink Friday. During a time where music artists didn’t rely on heavy streams and radio play. The music era when Pink Friday was released was a time where music artists had die hard fan bases and talent that spoke for itself. Eleven years ago when Nicki Minaj released ‘Pink Friday’ it showed her versatility as an artist and Eleven years later it shows why she is the iconic legend that she made herself to be in the music industry.