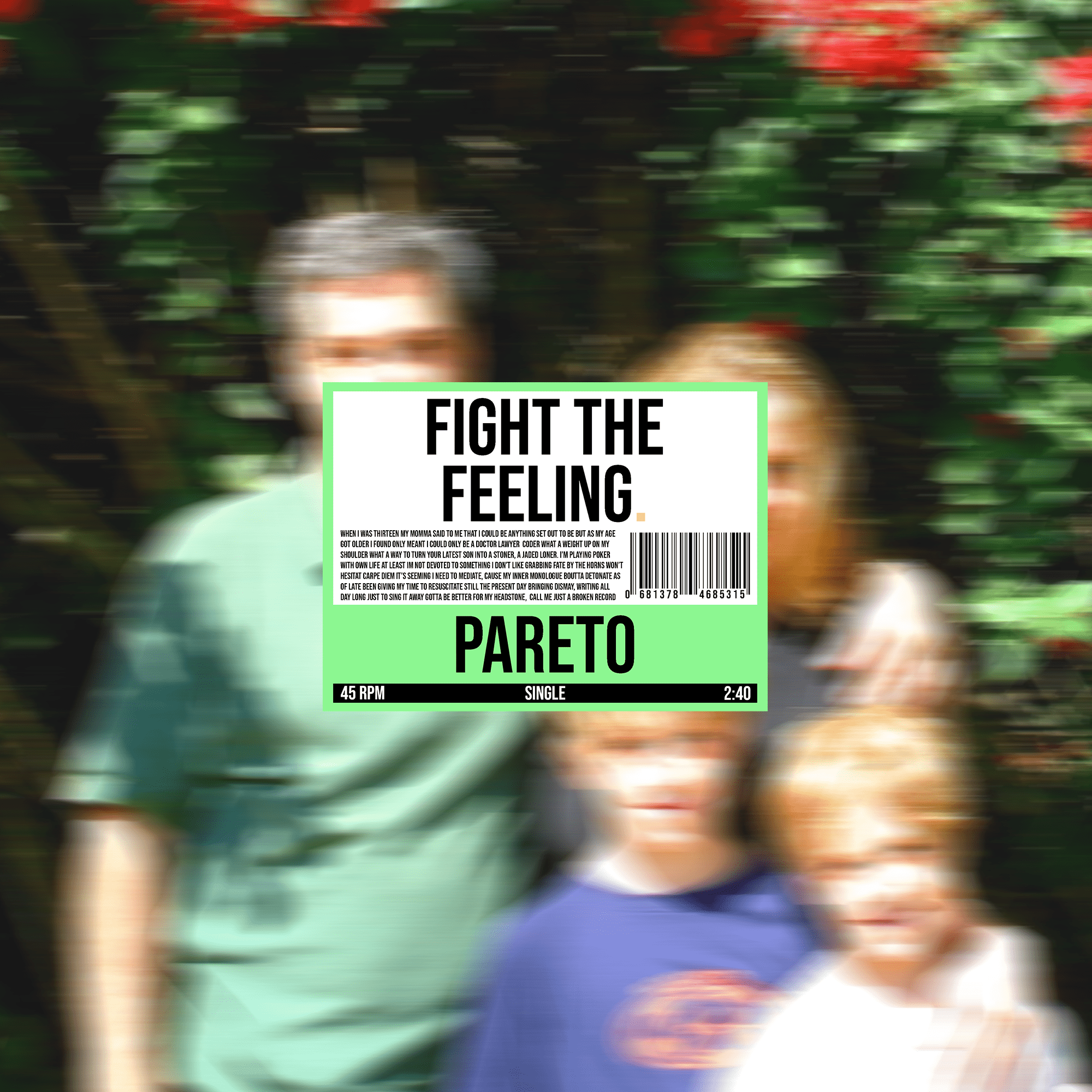 “Fight the Feeling” follows up “Voices” and “Long Drive” and is the third single from Pareto’s forthcoming EP. He has put his musical talent into effect with this song by writing, producing and mixing the single. The three-minute long song tells of struggles rooted in mental health, such as depression and suicide. He talks about his own personal struggles that he has had to overcome/ is still working on overcoming. The underlying message of the song hones in on the importance of not isolating yourself during the rough times. “Fight the Feeling” is a song that not only sounds good musically, but also has a message that is written well and is vital for everyone.

This 21-year old college student is attending the University of Massachusetts Amherst and has taken the time to not only pursue a degree, but to also pursue his musical passions. With this project, he has chosen to focus on the importance of mental health and asking for help when you need it. His work has been previously highlighted in the Boston Hassle who remarked, “As a young, upcoming artist rooted in lo-fi alternative hip-hop influences, listeners will be surprised by the maturity in his songwriting and overall sound.” His music holds this immense power to captivate and uplift listeners and this EP is just the start for Pareto.

To keep up with Pareto and listen to his past and future releases, his music can be found on Soundcloud, Spotify and Apple Music.