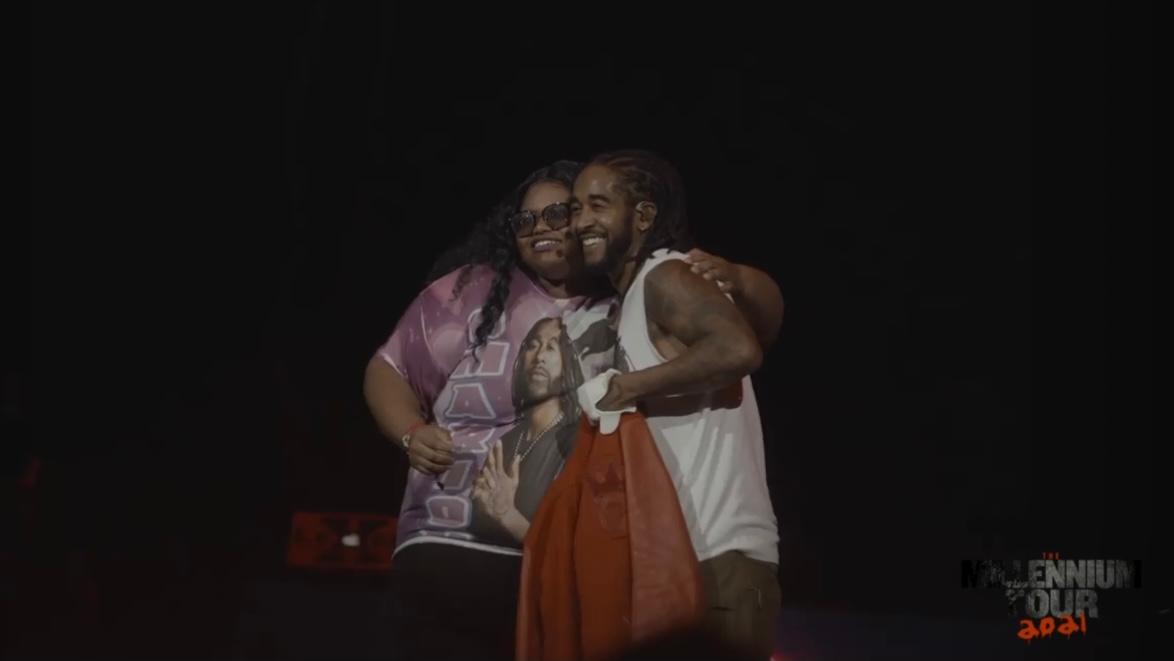 On Friday, October 29, 2021 during his sold out Millennium Tour concert date in Chicago, Omarion gifted the Illinois fan who originally recorded the now viral Omarion Dance Challenge video, with the signature red coat featured in the clip.

Marlene was gifted front row seats to the show and then surprised with being brought on stage, right after Omarion performed the challenge during his headlining set. Whilst on stage, Omarion gifted her the original red jacket worn in the video.

The Chicago venue was filled with familiar faces, including Chance the Rapper who performed the famous dance challenge backstage with both Omarion and Bow Wow among others.

Several celebrities, including Kirk Franklin, have shared their own versions of O’s challenge.