Lizzo to Feature Cardi B in Upcoming Single “Rumors” 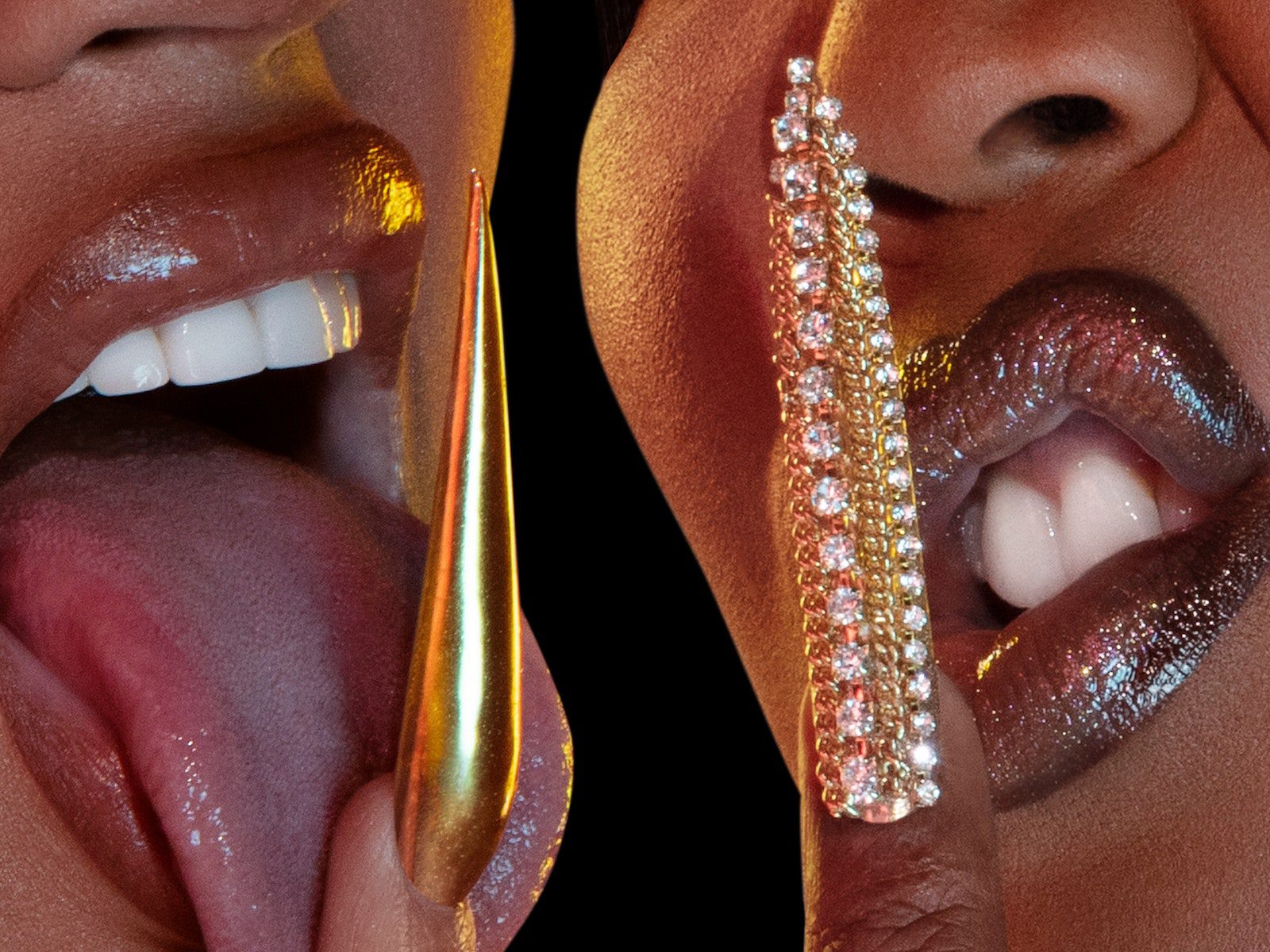 Lizzo to Feature Cardi B in Upcoming Single “Rumors”

On Friday, Lizzo will release her first single since 2019, “Rumors.” She took to social media yesterday to announce that Cardi B will be featured in the song.

Lizzo started by posting a duet with herself on TikTok answering questions from fans yesterday. She revealed that “Rumors” is a collaboration, and that she would reveal the artist on Monday by FaceTiming them.

She topped the TikTok off with the caption, “THE RUMORS ARE TRUE BITCH… I’LL SEE YOU TOMORROW.”

Then, Lizzo posted a video of herself FaceTiming someone with the contact name “‘RUMORS’ Feat….” on the screen. Cardi B picked up the call.

In this video captioned, “GUESS WHOS HOPPING ON ‘RUMORS’ W/ ME?!?” once Cardi B picked up the FaceTime, Lizzo declared, “That’s what’s featuring y’all, period.”

Shortly after the announcement, Lizzo and Cardi B dropped the new cover art for the single. The photo shows the two of them in dazzling acrylic nails.

Cardi B has a shiny, gold nail, while Lizzo has a diamond-encrusted nail. She also sports two glittery rings, and both Cardi and Lizzo top the look off with brown lipstick.

On Instagram, Cardi B captioned the post, “all the rumors are truuuuue – me n my sis @lizzobeeating dropping this Friday get ready.”

Prior to the Cardi B announcement, Lizzo hyped up her forthcoming release on Instagram and TikTok. She provided her fans with a teaser of the song, which actually turned into a “tease” video of her in a bikini.

An excerpt of the song can be heard in the background of the video, with the lyrics, “They don’t know I do it for the culture, goddamn, they say I should watch the shit I post, oh goddamn.”

Lizzo also posted a video with multiple takes of herself hilariously attempting to sing “Rumors” a cappella. She put the caption: “THE LABEL WANTED ME TO SING ‘RUMORS’ ACAPELLA FOR YALL … HOPE YOU ENJOY.”

Rapper Cardi B also released a single earlier this year. The Feb. 2021 release of “Up” served as the second single for her forthcoming studio album. She has collaborated with other artists this year, such as “Type Shit” by Migos and “Big Paper” by DJ Khaled.

“Rumors” is available to preorder ahead of its Aug. 13 release.