Kanye West Is Set To Release “Donda” Album in August 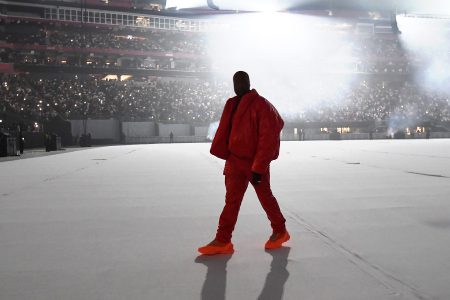 Kanye West Is Set To Release “Donda” Album in August

It is finally happening to get ready because Kanye West also known as Ye is finally making his come back. Many believe it will be an epic one this time. Considering that West and well-known celebrity Kim Kardashian have officially called it quits back in June.

Donda is named after West’s late mother, it is scheduled to be released on August 6, 2021, through GOOD Music and Def Jam Recordings. The album was initially set to be released on July 24, 2021, but was later delayed by two weeks.

Kanye West premiered Donda during his listening event at Atlanta’s Mercedes-Benz Stadium on July 22. The event streamed on Apple Music as well. It is also said that the debut broke the Apple Music Global Livestream record, with 3.3 million viewers tuning in to watch. the Livestream featured appearances by Jay-Z, Lil Baby, Travis Scott, Pusha T, Jeremih, and Lil Durk, among others. West’s estranged wife, Kim Kardashian attended with their four children and her sister Khloé Kardashian as well.

Tickets for the upcoming listening event go on sale on August 2 at 10 a.m. Let’s just say this was definitely an ICONIC move that will never be forgotten.

Make sure to hear the whole album in august. West also played one of his songs off the album called “No Kids left behind” which was featured in a beats commercial that included the well-known track star Sha’Carri Richardson who was the face of the Dre’s by Beats commercial. Lucky girl right?

It is also said that West has turned Atlanta’s Mercedes-Benz Stadium into his own private musical monastery. The recording artist recently shared a photo of the one-man bedroom inside the arena, where he’s holing up as he finishes his new album, Donda while sleeping on what appears to be a twin mattress. Now that to me sounds like Dedication at its finest.