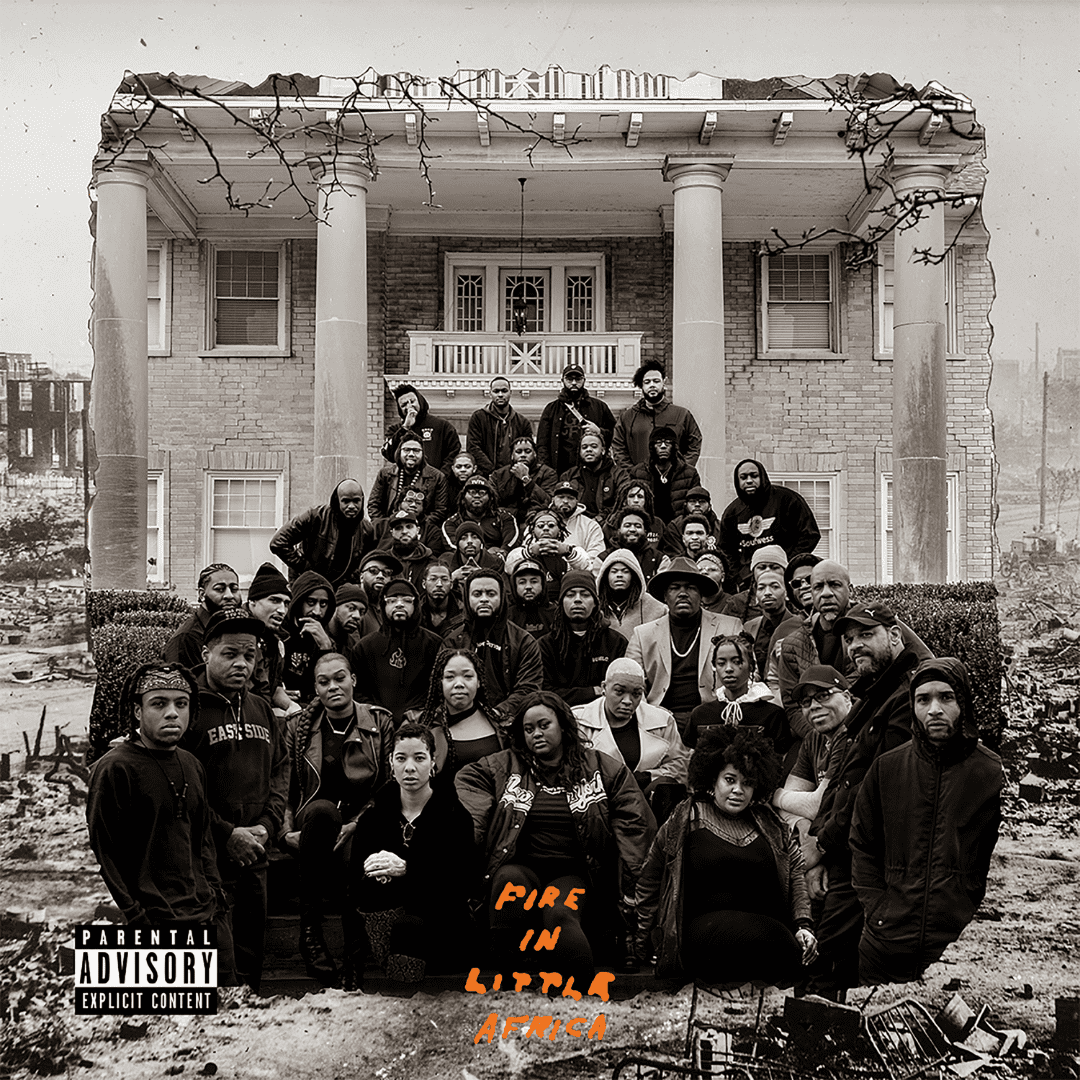 by Vincent Lane
0 comments
Fire in Little Africa – a groundbreaking album of original material, written and recorded by a collective of Oklahoma hip hop artists to commemorate the 100th anniversary of the Tulsa Race Massacre – will be released on May 28 by Motown Records/Black Forum in partnership with Tulsa’s Bob Dylan Center® and Woody Guthrie Center®.
The 21-track collection gets to the truth of what happened on May 31 and June 1, 1921 when a white mob descended on the streets of Greenwood — then a prosperous Tulsa neighborhood known as Black Wall Street — and burned down the business district, destroying roughly 1,500 homes, killing hundreds and leaving thousands of Black Tulsans homeless. For years, this historic, albeit dire, chapter was left out of classrooms and textbooks as the city attempted to erase this part of its past. The artists heard on Fire in Little Africa get to the truth through urgent songs, recalling stories told and stories lived in hope to usher in a new era for Tulsa as they help the community process this generational trauma through music.
“Fire in Little Africa is a powerful and timely project that provides a platform and outlet for the incredibly talented and thriving music community of Tulsa, Oklahoma,” said Motown Records Chairman & CEO, Ethiopia Habtemariam. “Carrying the legacy of the Black Wall Street community, Fire in Little Africa is a body of work filled with purpose and prolific storytelling. I am honored and feel privileged to have Motown Records/Black Forum partner with Dr. View, the Bob Dylan Center and Guthrie Center to release this impactful hip-hop album.”
Track List:
1.     Elevator
2.     City of Dreams
3.     Shining
4.     Descendants
5.     Regardless
6.     Party Plane (feat. Charlie Wilson)
7.     Been Through It All
8.     Drowning
9.     Our World
10.   Top Down
11.   Creme of the Crop
12.   918 Thug Town Skit
13.   Watchu On
14.   P.O.D.
15.   Reparations
16.   P.O.D. Pt. II
17.   Raw Cocaine
18.   The Rain
19.   North Tulsa Got Something to Say
20.   Brunch at the Brady
21.   Young & Free