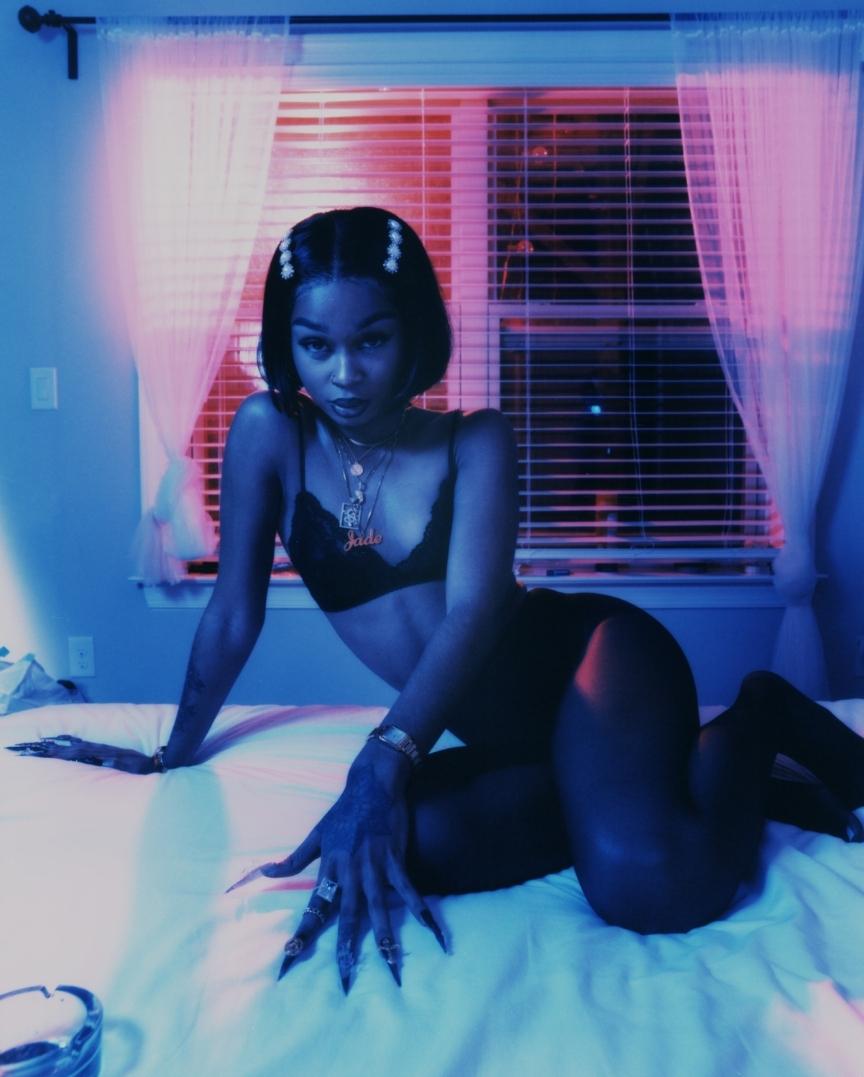 by Vincent Lane
0 comments
Unfiltered and unapologetic, 21-year-old Toronto-born singer and songwriter Ebhoni shares her latest single “Rep It” out today. “Rep It” sees the songstress take a shift towards darker, auto-tuned production while still capturing the assuredly frank pop sensibility that sees her more comfortable in her own skin than ever before.
Framing the dissolution of a relationship that never was, her viscerally honest lyrics (“could have been you / would have been you / nice to know you”) are a candid complement to the track that generates an emotional resonance beyond it’s barely two-minute run time. A product of both faded nighttime and the melancholic reflection of the morning after, Ebhoni’s matter-of-fact verses remain in the same harshly ephemeral gleam that highlights her own personal heartbreak into an evocative anecdote that feels both universally relatable and unexpectedly transcendent.
“These last few months have been what felt the darkest time in my life, one being faced with a really bad relationship/situation.” Ebhoni continues “and while I was in the midst of it all nothing made sense. “Rep It” is truly me reflecting on that relationship and making this song provided me with so much clarity. It is a reflection of that trash relationship and how I’d never allow myself to get to a place like that again.”
Earlier this year, Ebhoni released her EP “X,” to critical praise from press and rare groove enthusiasts. In addition to a plug from Pitchfork, HotNewHipHop wrote, “Ebhoni has been one artist to keep an eye out for in the 6ix,” and The Root described it best by claiming, “The song makes you feel like you’ve been sipping on a fancy cocktail for the last few hours.” It’s no wonder FLAUNT crowned her “Our favorite new R&B artist.”
Over the last few years, Ebhoni’s string of animated, confident R&B singles has won both commercial and critical success. In the middle of a productive 2019 run, Pitchfork wrote that she is “reclaiming the Toronto R&B crown for women.” Throughout her career, Ebhoni’s made a point to partner specifically with Black-owned businesses, support other women artists and workers, and to uplift the local LGBTQ+ community, which she’s done through efforts like hosting Pride Toronto. Ebhoni is a must-follow.