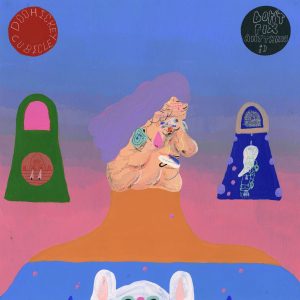 Canadian Duo, Doohickey Cubicle, will be dropping their newest single “Milano Sport.” This will be their last song to be released before the drop of their debut nine track long album, “Don’t Fix Anything.” The single, which will be officially available on Tuesday, March 2, features the Doohickey Cubicle serene sound that listeners know and love and even sounds that listeners who are unfamiliar will love.

“Milano Sport” is the third single coming from the duo, right after “Sign Here” and “Thinking.” The three minute lasting song features lead singer Alli Deleo and Francis Hooper on the guitar and synth. In the track, the duo sings of wanting to remain in an alternate reality, but it is simply impossible. In addition to the group’s voices, the music produced by the two is trance-inducing and only enhances their already enticing singing.

The pair’s upcoming single will be accompanied by a video, which is a bit of a trip. Switching back and forth between the Claymation animation style and reality, this video definitely stands out from its predecessors. The Claymation figures seem to be controlled by Alli who, along with Francis, is telling a story of a day at the local swimming pool. The video uses an unexpected route to provide the single’s visuals, but one that aids in its contribution to the song nonetheless.

The debut album of Doohickey Cubicle, “Don’t Fix Anything,” is expected to be revealed on March 12, so mark your calendars because this is certainly a release that is not to be overlooked. From what has been heard thus far from the group, the album will be filled with calming and placid songs that will be sure to appease the ears of anyone who is listening.

To catch up on the group’s previously released music, their works are available on Spotify, Apple Music, Soundcloud and Bandcamp.